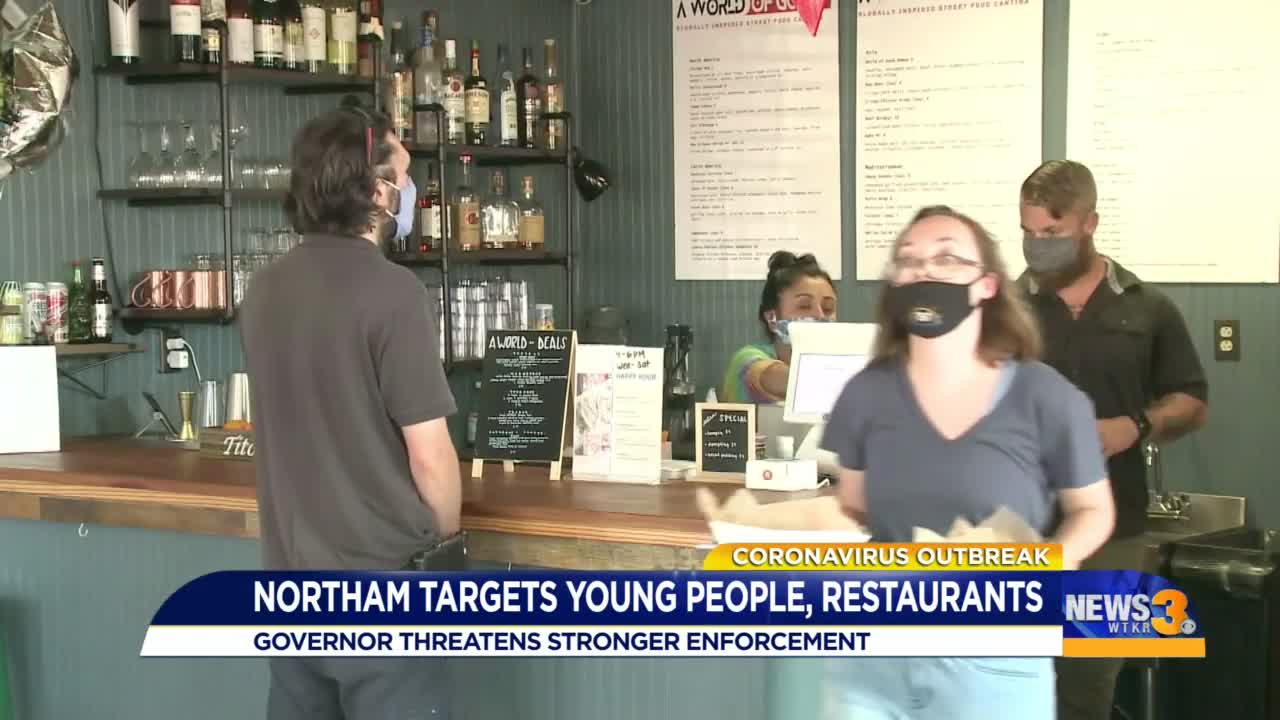 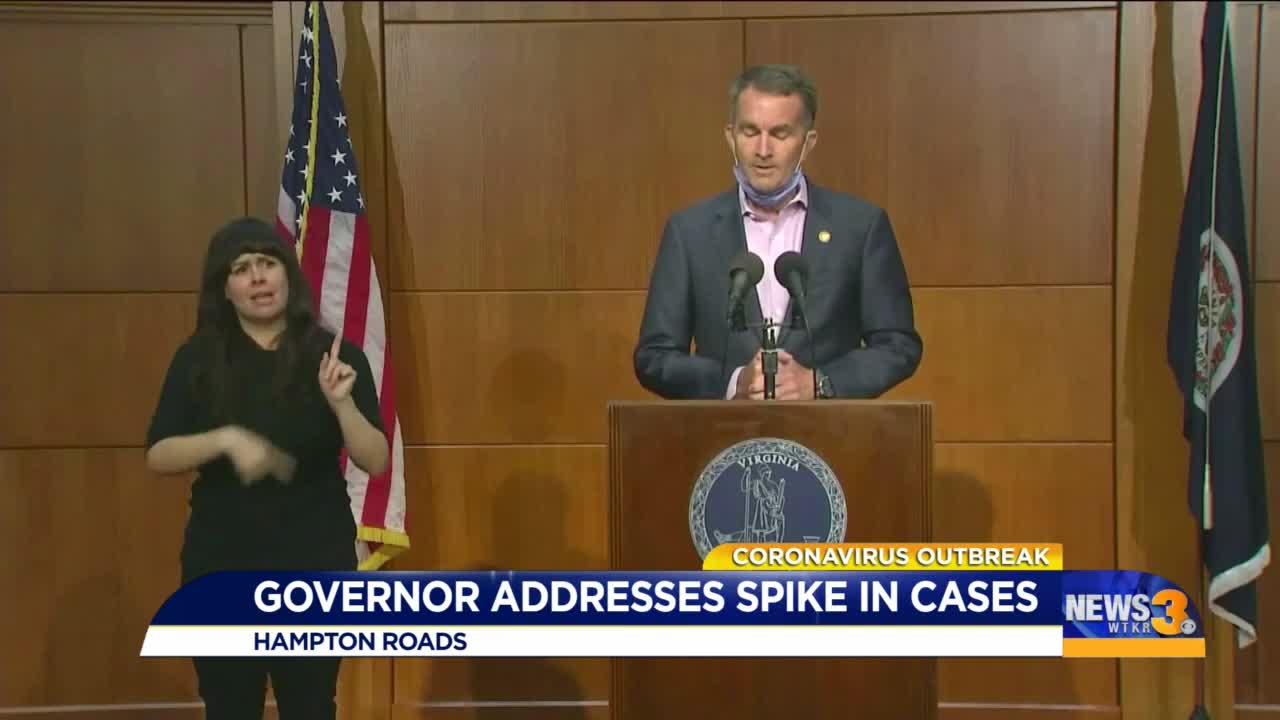 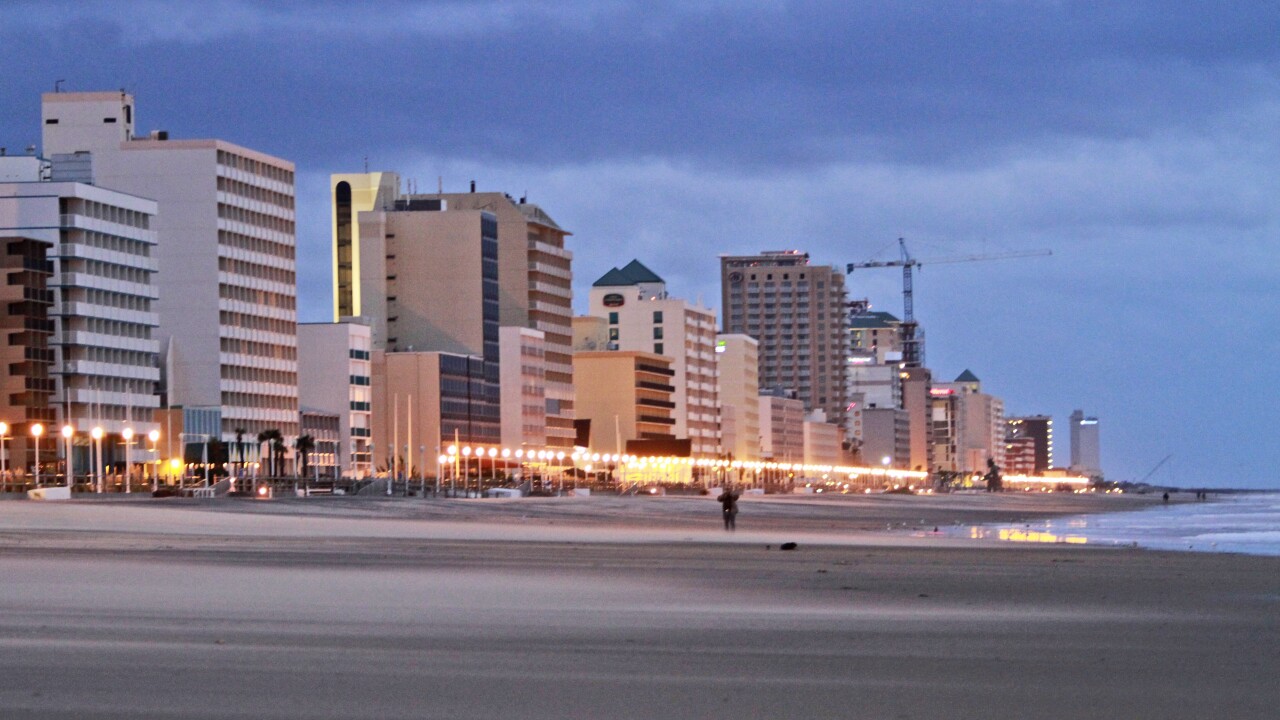 Northam said we are now, however, seeing troubling numbers especially with an increase in cases in Hampton Roads.

Case numbers statewide have increased in the past week.

"The statewide percent positivity of cases is inching up as it is now at 6.8%, well below the 10% positivity rate and we want to keep it that way," Northam said.

Northam said the situation is much different with a large increase in Hampton Roads. He said a lot of the increase is driven by people socializing without masks, especially young people.

The statewide increase in cases in the age group 20-29 is up 250%. Northam said it is concerning.

Northam said we are not seeing spikes in cases like Florida and Texas.

He said, Hampton Roads is a big tourist hub and that “if we don’t take this seriously now, we could see increases.”

Northam has asked local Hampton Roads health teams for their recommendations and he is reviewing them.

He said there will now be stronger enforcement of regulations in Hampton Roads and that this is because of non-compliance.

A letter will be sent to health districts on their authority to enforce face coverings and distancing in restaurants and where people gather, Northam said.

The VDH is deploying 100 people to ramp up enforcement. It will happen across the state but will be especially done in Hampton Roads.

“If you are not following regulations, your license will be on the line and we won’t hesitate to take action,” Northam said.

If a patron is violating the rules, you can say "no" as a business owner, he added.

Northam said signs that usually said, “No shoes, no shirt no service” in the past should now say, “No shirt, no shoes, no mask, no service.”

Northam is also writing to mayors in local beach communities asking for an update on beach plans. He wants to make sure mayors are following the guidelines that were previously approved to open things.

The state is also looking at an option for earlier cutoff for alcohol sales at restaurants.

Northam is also considering reduction of size of gatherings that is allowed, but he did not give additional details on that.

Northam got candid when talking about people not following guidelines, saying, “You’re being selfish, and you are hurting everyone who is doing the right thing to help us beat this virus.”