EVMS experts speak on a range of COVID-19 issues for Virginia and the U.S. 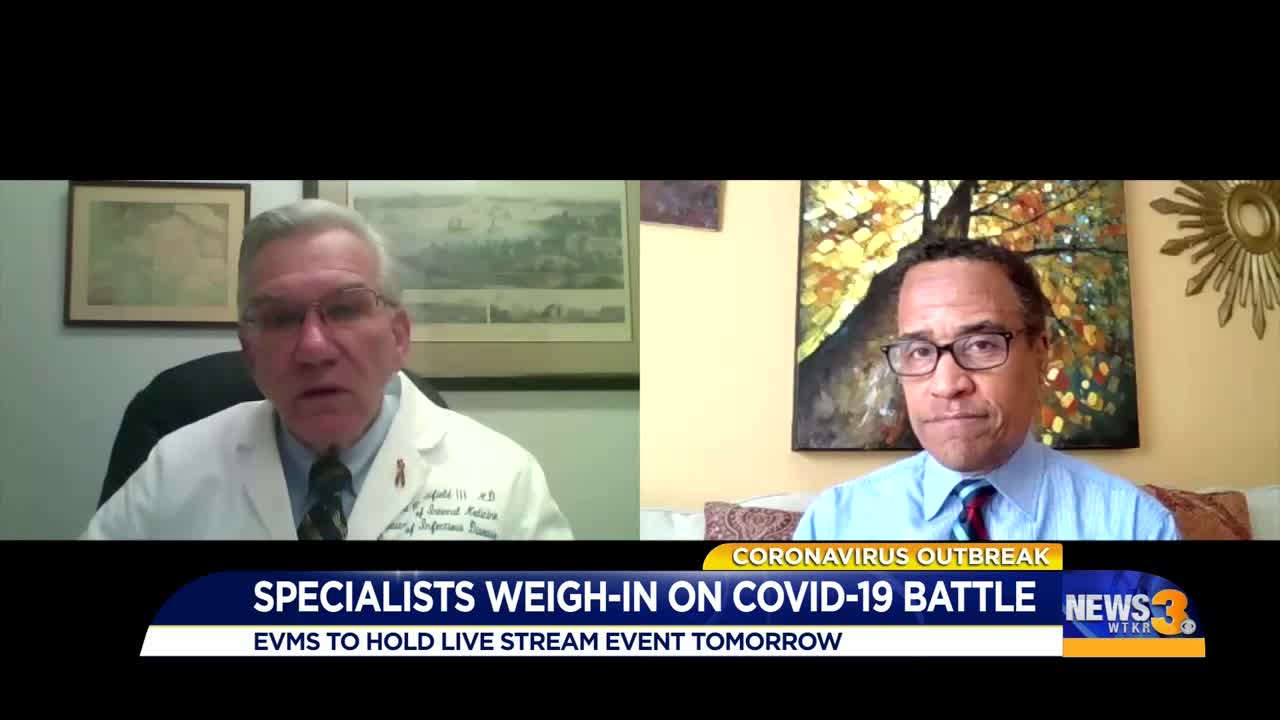 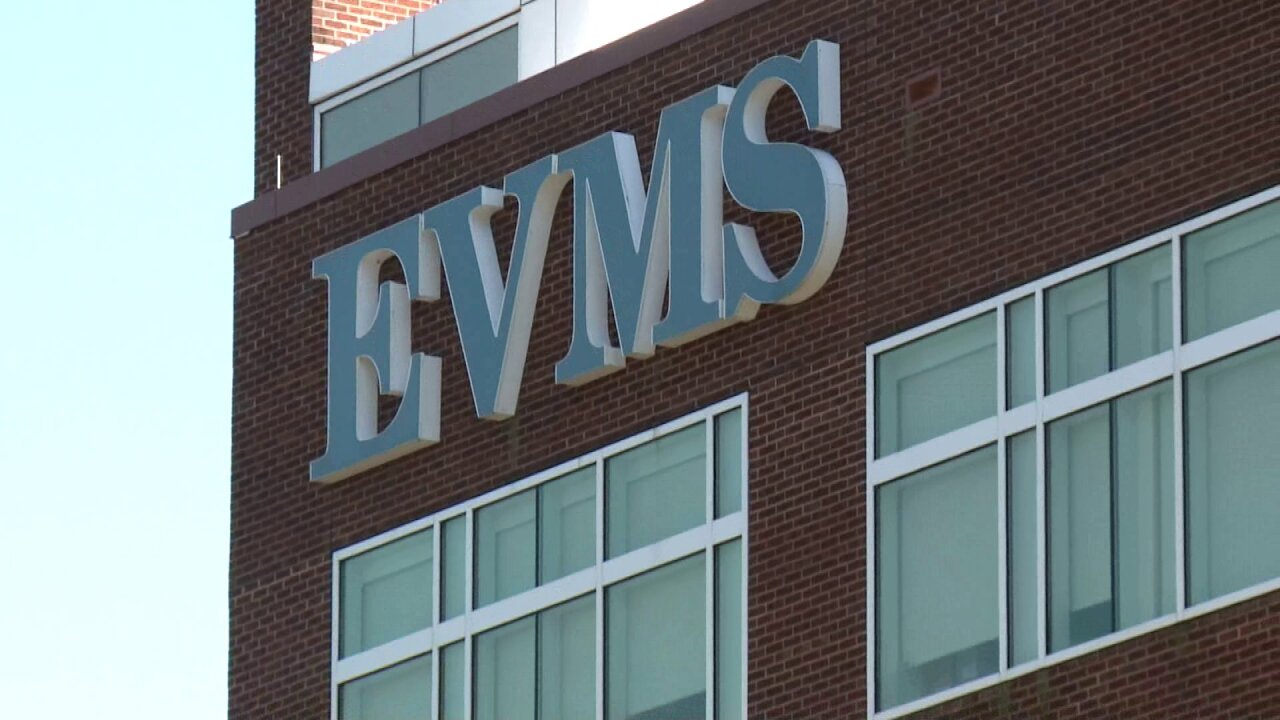 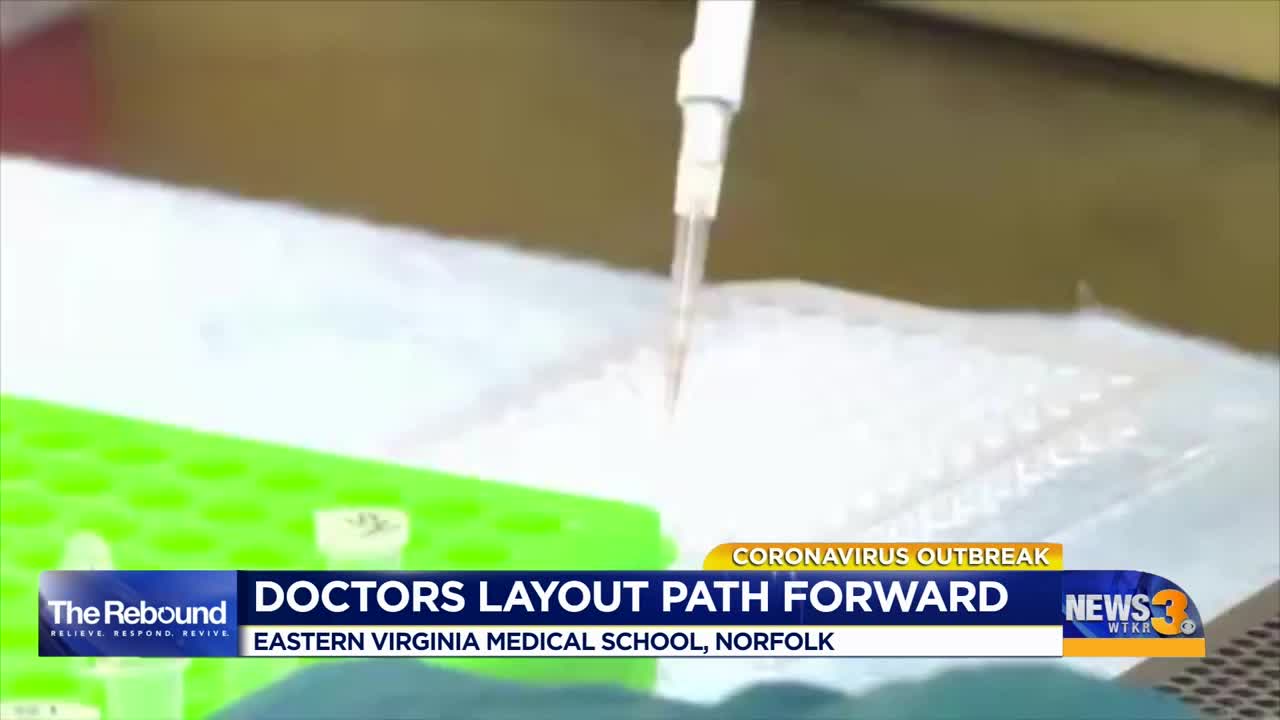 NORFOLK, Va. - Testing continues to be a major issue for Virginia and Hampton Roads, medical experts said during a virtual Town Hall with Eastern Virginia Medical School on Thursday.

"Are we testing enough? The answer is no," said Dr. Edward Oldfield from EVMS. "We need to at least triple the amount of testing that we're doing"

Oldfield said that is key to being able to make decisions on when to reopen the economy in Virginia. "We're on a plateau," said Oldfield. "We're not declining at all. We have to really revamp that testing."

While the number of new cases is plateauing, local hospitals are seeing a flattening. "Now we're preparing for a longer term presence of this disease at a lower and hopefully manageable level," said Dr. Michael Hooper from Sentara Norfolk General Hospital.

Sentara says they want the public to know it's safe to come to the emergency room if you're having a serious medical issue unrelated to COVID-19. "The volumes of COVID patients are very low in our community," said Hooper. "We are fully capable and prepared to handle whatever emergency or illness you've been having."

Another panelist encouraged people to make sure their mental health is okay by rest, eating, sleeping, and talking. "If you don't have your mental health, it's very hard to keep yourself health otherwise," said Dr. Serina Neumann from EVMS Psychiatry.

Prior to the panel discussion, News 3 got to speak with one of those experts on the latest coronavirus issues affecting Virginia and the country, including the news from officials with the Centers for Disease Control saying that this winter, the next wave of the coronavirus could be even deadlier.

"Dr. Redfield is the head of the CDC and what I suspect he's doing is looking at what happened in the 1918 Spanish flu epidemic and it was the second wave; that was far worse the first wave," said Dr. Oldfield.

Dr. Oldfield added, "What is alarming to me is what's happening in Georgia and South Carolina and Tennessee, where they're coming out of social isolation way too soon without adequate testing. I'm concerned there's going to be a relapse, another spike, and it could be enough to overwhelm the healthcare system."

There have been protests in Virginia to try to nudge the governor to reopen sooner. Dr. Oldfield says it's important to keep one thing in mind.

"Well, if you look at the experts - Dr. Fauci, the CDC, epidemiologists, even President Trump's plan - it says you should have 14 days of decreasing cases before you even consider coming out of social isolation, and we're nowhere near that in any of those states."

He says Virginia needs to keep working on flattening the curve.

And while Dr. Oldfield believes we're a year away from a vaccine, his focus is on something more immediate.

Dr. Oldfield says it'll likely be the end of May or early June before things begin to slowly return to normal.