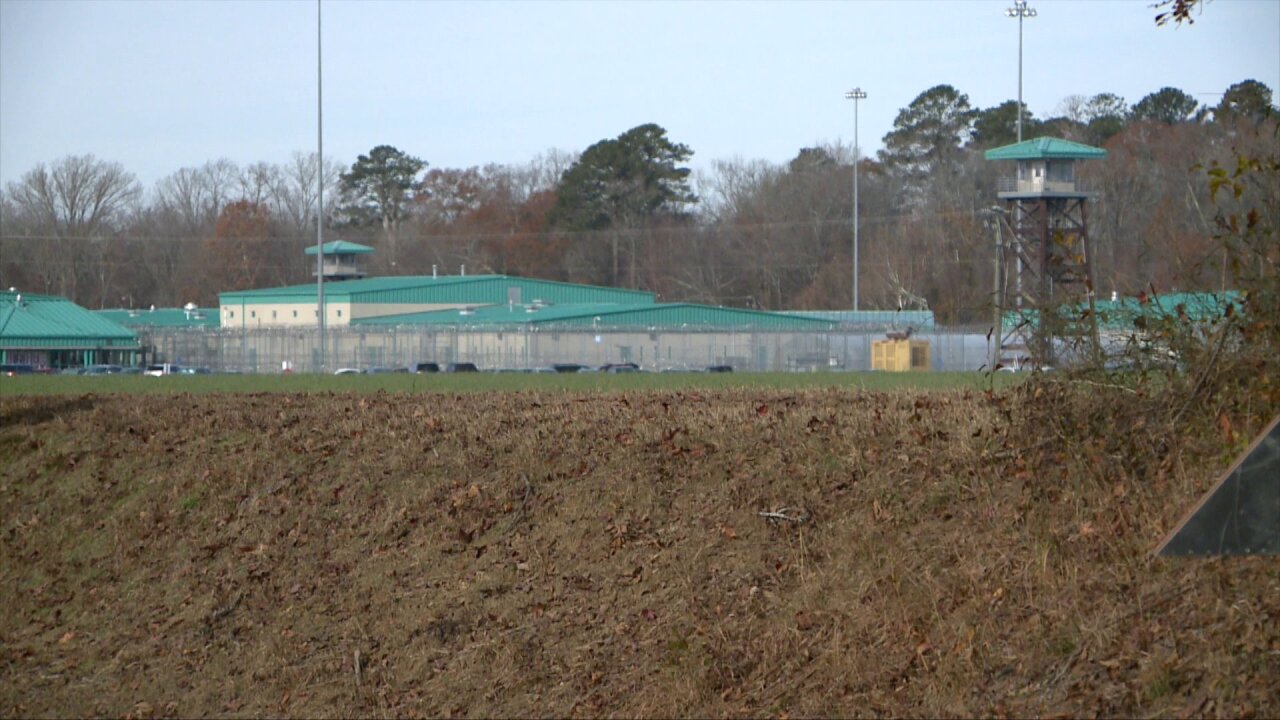 Her loved one is incarcerated at Deerfield Correctional Center in Southampton County. She said he is one of 285 people that has recently tested positive for COVID-19.

She said he has cystic fibrosis and already needs additional medical attention, but since his COVID-19 diagnosis, "He's just getting worse. He’s been waiting almost four days now just to get medication."

Deerfield, which holds a daily population of 925 inmates, is the latest prison to see a spike in coronavirus cases and is now leading the state in inmate deaths. The Virginia Department of Corrections reports eight inmates have died due to COVID-19-related complications.

Thornsberry said her loved one has just over a year until his release. She said because of his underlying conditions, she has tried to file for clemency, but has been denied.

"I understand that they're there because they're being punished, but I mean, these people should not have to die for a punishment," she said.

To compensate for the case increase the DOC said they have converted the facility's gym into a medical observation unit and are offering incentives for medical staff to come to Deerfield. Armor Correctional Health Care is actively recruiting additional temp nurses for Deerfield.

A spokesperson said the Virginia National Guard is also on site to help with testing the entire population. In a news release sent out over the weekend, they have reportedly done more than 36,600 tests statewide and some offenders have been tested more than once.

The release said, "Most offenders being tested have no symptoms; the DOC is conducting point prevalence testing to catch cases before there are any symptoms. That early testing of asymptomatic offenders is helping to keep the virus from spreading throughout the prison system."

Still unsatisfied with the actions taken by the state, Thornsberry said she's looked into getting legal help.

Local attorney Jerry Denton with Denton & Denton in Virginia Beach explains why that could be a tough road.

"Even if you could show that a prisoner got an infection, got COVID-19, in a certain circumstance within a prison, in order to do anything about it, as a lawyer, you would secondly have to show that the prison was negligent in the way that they were handling the prisoners and that's very difficult to do."

In Virginia, the DOC maintains they drive for the utmost care, saying, "The doctors, nurses, and medical staff at the DOC are working around the clock to test and provide care to offenders during this pandemic. As we work to test and care for offenders, Virginia DOC has partnered with the Virginia Department of Health, the Virginia National Guard, Virginia Commonwealth University, the University of Virginia, Armor Correctional Health Services, and the Division of Consolidated Laboratory Services."

However, cases against a facility have been won across the country. Denton cautions people to think about all their options before going the legal route because "Judges are low to tell prison administrators how to operate the prisons because no one really knows exactly what the facts are."

Even so, Thornsberry said she won't stop fighting until her loved one is home. "Not all the people that are incarcerated are bad people. They made bad choices, but you know, no one deserves to just die," she said.

Prison officials said more than 10% of the state’s 27,000 inmates have now tested positive. Department-wide, one staff member has died from COVID-19.