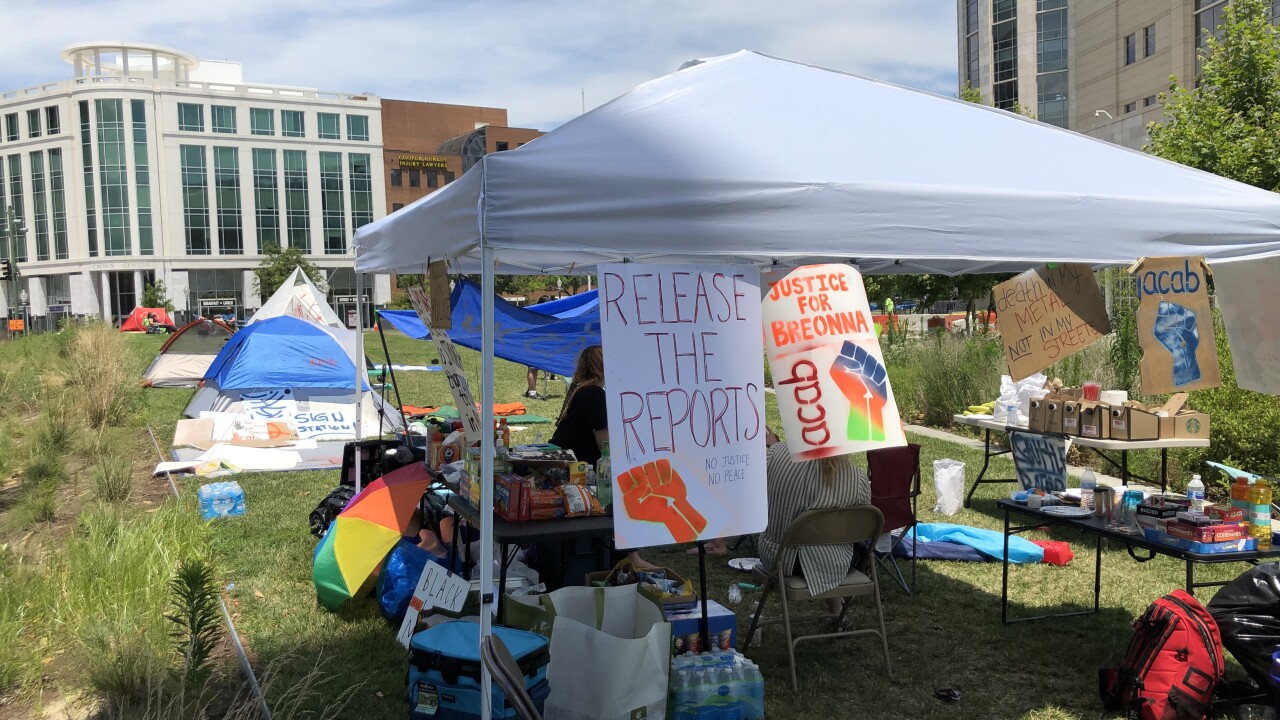 NORFOLK, Va.— Demonstrators are demanding transparency in the form of the Norfolk Police Department's use-of-force reports.

At least a half dozen people were camped out Tuesday afternoon for the second day of the city hall sit-in after Norfolk Police Chief Larry Boone said he would not release the records.

At this time, there’s no sign the records will be released and no telling how long these demonstrators are willing to wait.

“As long as the community group wants to continue the sit in, we’re going to be out here demanding that we get that paperwork,” said activist Jupiter Walbrook.

They’re calling it a sit-in, but it’s more like a camp out— complete with grills, food, water and several tents.

Walbrook camped out in her tent Monday night in the grassy area next to city hall. Her tent is one of about six tents on the lawn Tuesday afternoon.

When the protest began Monday, Chief Boone said he wouldn’t release the records since it’s not required by law and mentioned officer safety concerns when speaking to News 3.

Richard James is a retired Norfolk Police officer with 25 years of service who is familiar with the use-of-force records.

He described it as a form that officers have to fill out every time there is physical contact with a citizen that goes beyond handcuffing or escorting.

“Each also fills out saying what force was used— was it just the hands, a night stick, taser? What was the charges of the suspect? And were there any injuries… did they go to the hospital, or did they refuse treatment at the hospital?” said James.

Demonstrators say the reports are necessary for transparency.

James says he doesn’t believe the reports should be made public.

“An officer can get an excessive force complaint before a thorough investigation... where they go out and talk to members of the public, witness and stuff to determine that this was a false report.”

James worries about the damage it could to do to good officers' reputations but thinks there should be community oversight.

For now, demonstrators say they want systemic change, and they’re ready to wait for it.

Day 2: City Hall sit-in to demand Norfolk police release use of force reports. Around a half dozen protester out this morning. On @WTKR3 @ 4/6- the activists demanding transparency & a former officer against turning over the reports to the public. https://t.co/B6QcRAW5b4 pic.twitter.com/F1rMY9tsix