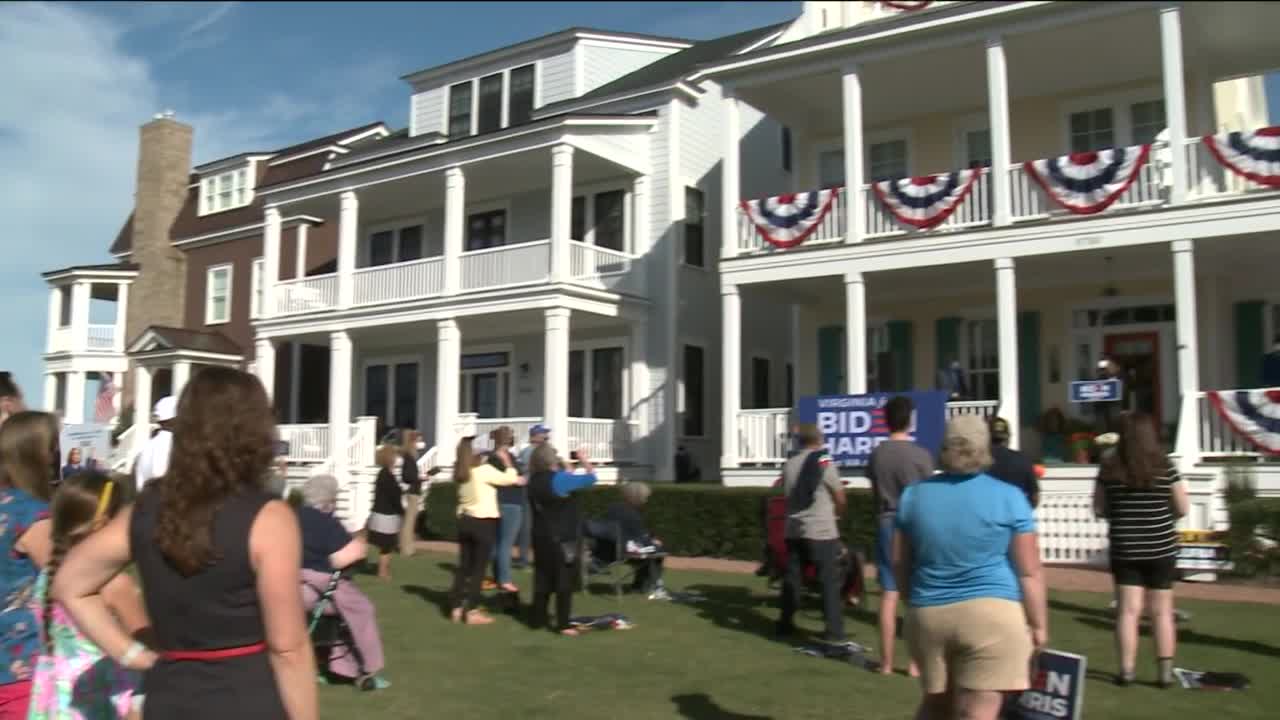 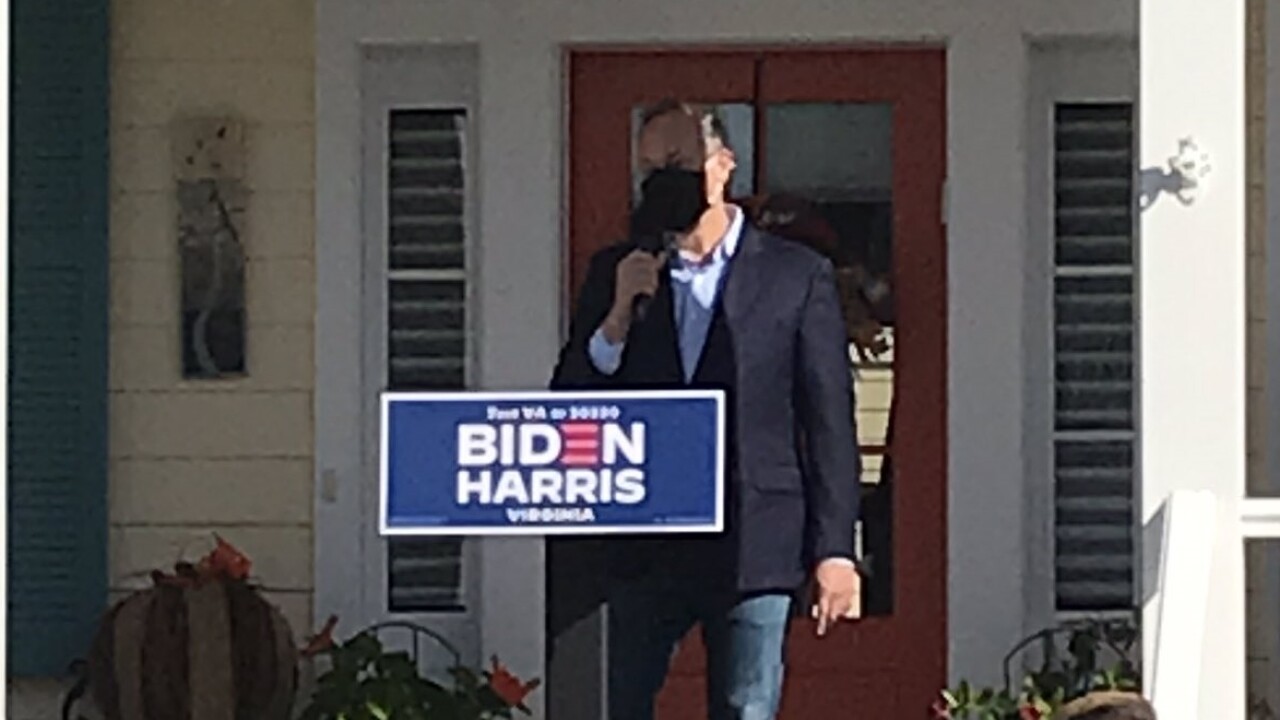 NORFOLK, Va. - With 13 days to go until Election Day, Doug Emhoff tried to shore up support in Hampton Roads during a socially-distanced gathering on Wednesday afternoon in East Beach.

"Healthcare is on the ballot. They're coming for your healthcare," he told supporters from the porch of a home.

Emhoff, the husband of Kamala Harris, made his third visit to Virginia Wednesday and spoke at a home located in the second congressional district. A new poll from the Wason Center for Public Policy at Christopher Newport University gives Joe Biden a nine-point lead over President Trump among voters in the district.

"We're not taking anything for granted. That's why we're here. We've got 13 days left and we're just going to put the work in," said Emhoff.

That poll number is a vast difference compared to 2016, when President Trump carried the district by more than three points.

"I think there's some open questions about that: Is this just about President Trump? Is this a shift in the district? Are demographics changing? Are voters shifting in the district?" said Dr. Rebecca Bromley-Trujillo, the Research Director at the Wason Center.

Bromley-Trujillo wasn't part of the polling team then, but responded to the tweet. "I would say polling is a snapshot in time. At that time, a lot of people felt like Taylor was going to win," she said.

Emhoff also isn't the only spouse of a vice presidential candidate to visit the area. Second Lady Karen Pence visited Virginia Beach in August to campaign with Taylor.

Still, pollsters expect Biden to win Virginia, but Emhoff's visit shows how important the top of the ballot is to the races that are down the ballot. "We are all just going to do the work for these next 13 days like we've been doing for these past several months," he said.