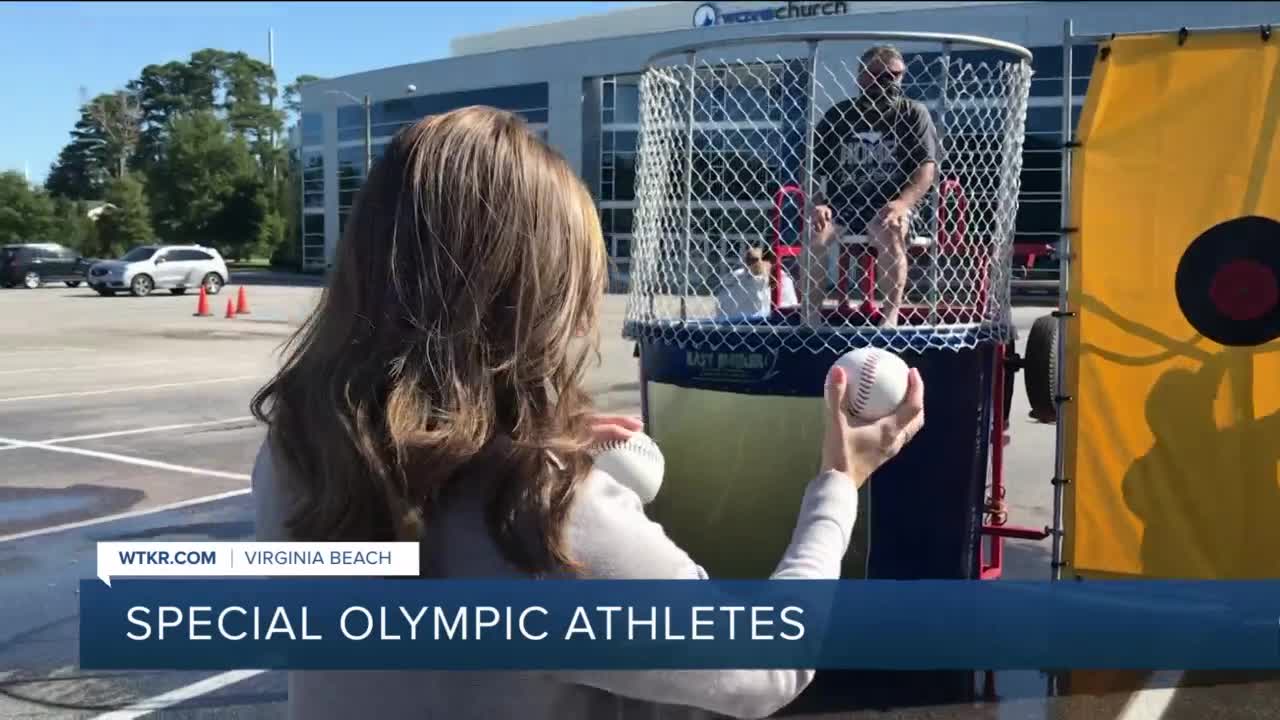 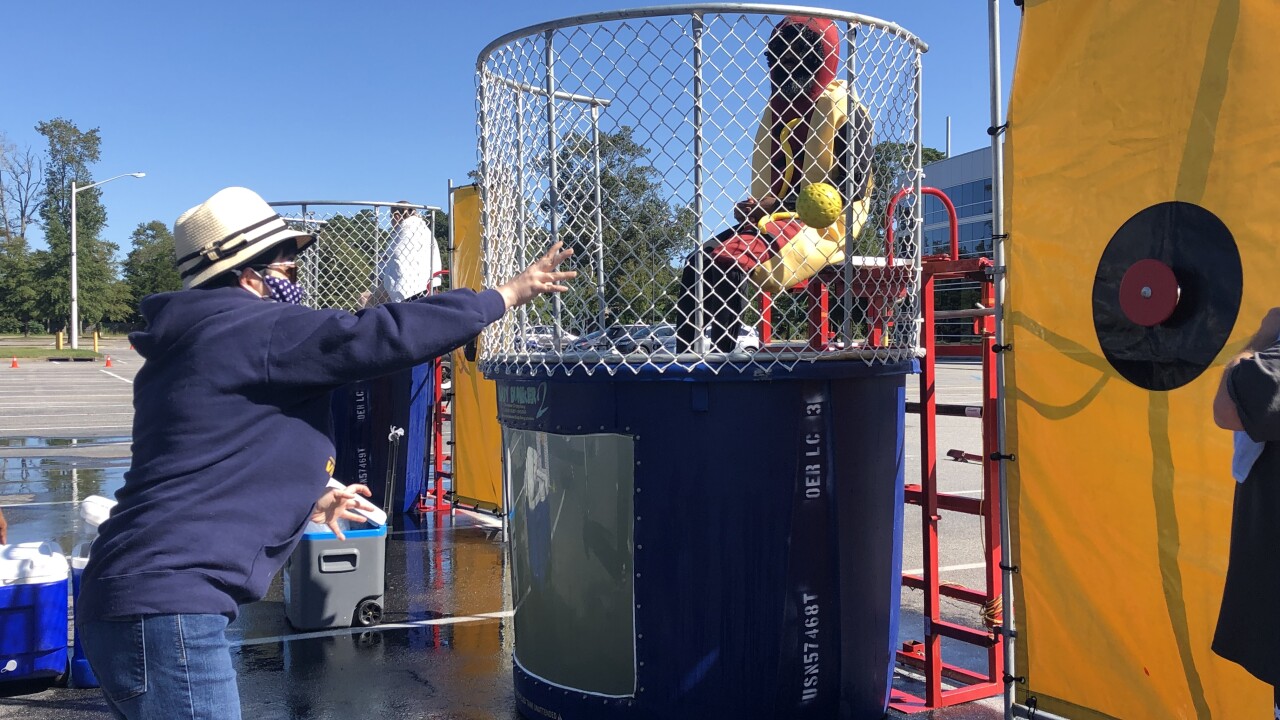 VIRGINIA BEACH, Va. - The sun wasn't the only thing shining on Saturday afternoon - so were Special Olympics athletes.

For the first time in months, athletes and coaches were able to see one another face-to-face. They participated in a drive-thru dunk tank to raise money for the organization.

"Me, myself as the president, you know, everybody voted me to be in the ice bucket, so I'll be doing the ice bucket for three hours," said President of Special Olympics Virginia Beach Marcus Leggett.

Car after car, athletes and their families showed up to give a little payback to their coaches -- all in good fun, of course.

After donating a few dollars, they were given a chance to hit the target. If they hit it just right, the volunteer would drop down into the ice-cold water.

Balls were sanitized in between use and everyone was required to wear a mask. People had to take turns getting out of their vehicles so there weren't too many people on the property at one time.

The group is hoping to raise about $3,000 and all of the money donated goes directly to the athletes.

Leggett said, "All the money goes for travel, food for them, events, we go to Richmond and do summer events. All that money goes to them."

Even more than the money, these events are about connecting during a tough time.

"It shows the community that we can all still come together and the same thing is that we let the community know that our special needs athletes out here need that camaraderie with each other," he said.