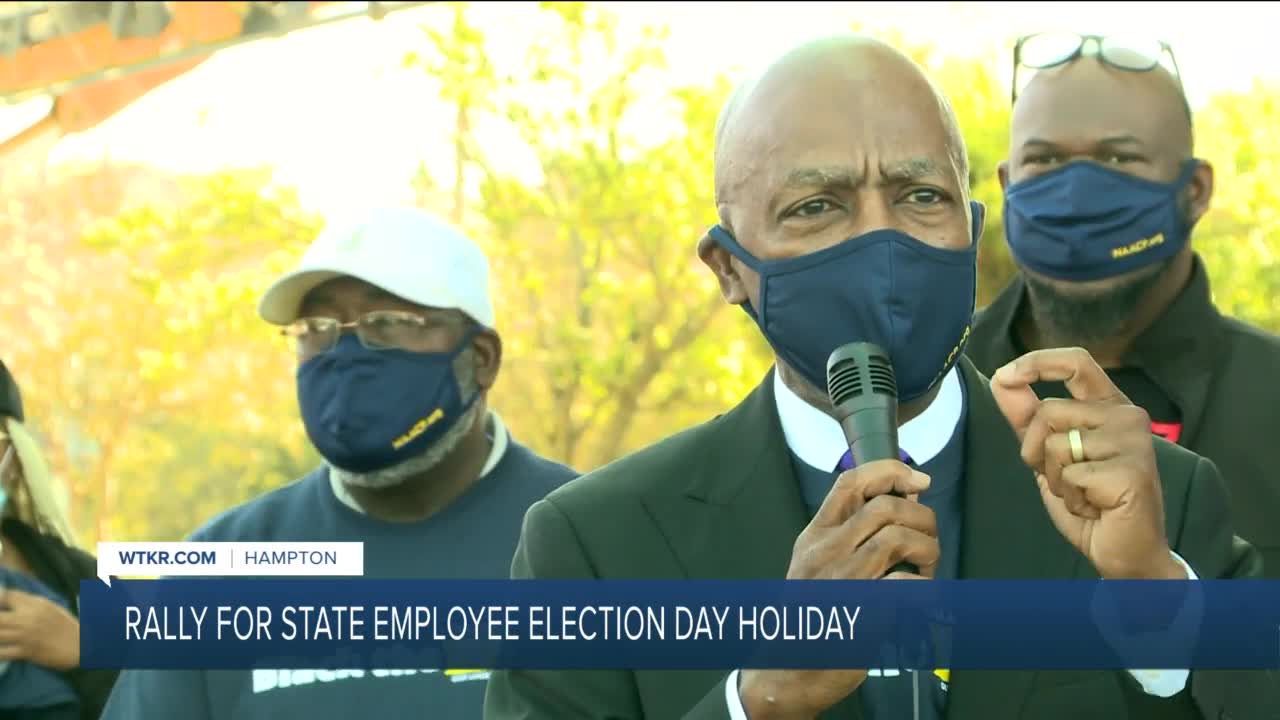 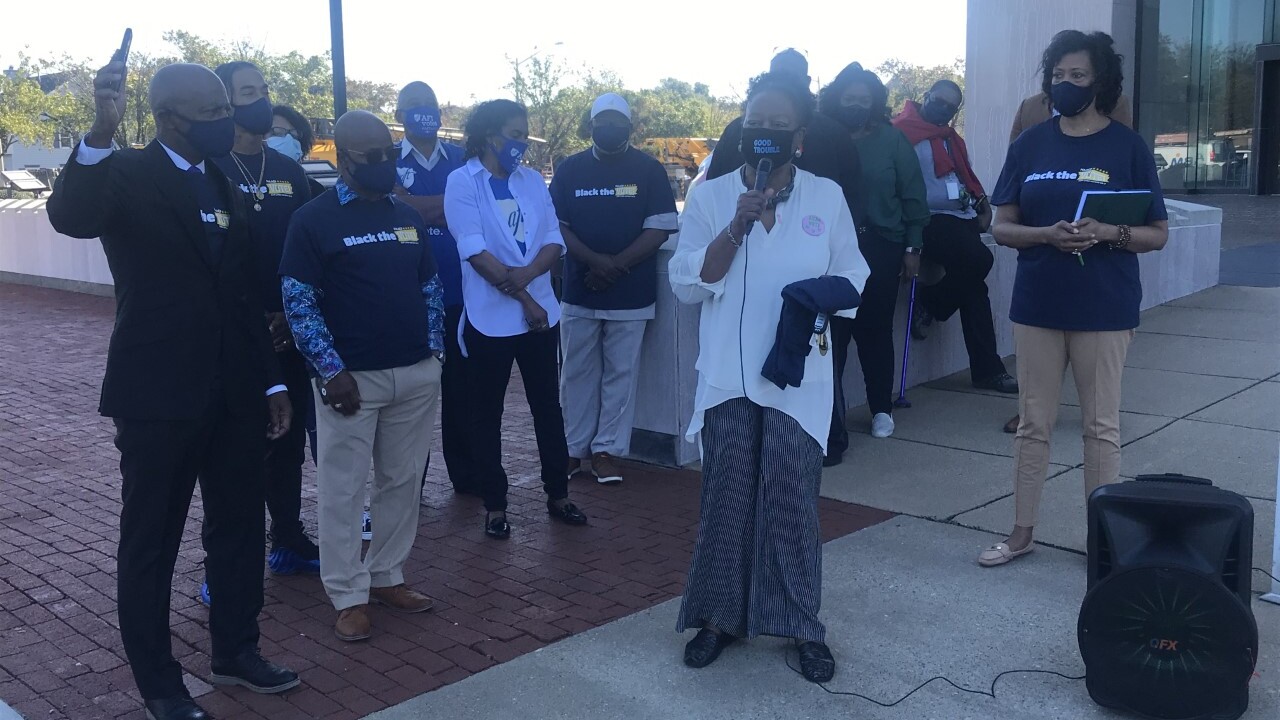 HAMPTON, Va. -- Election Day is now a state holiday in Virginia after the General Assembly passed SB601 and it was signed into law by Gov. Ralph Northam. State employees can take the day off to vote, but not all municipalities are on board.

A group of elected officials and community leaders gathered Saturday morning and called on four of Hampton Roads' cities to do the same.

"Hampton, Newport News, Norfolk, Virginia Beach,” Del. Jeion Ward, who represents the House of Delegate’s 92nd District, said, “after we have done all these things, the ballot is in your court now."

They gathered in front of Hampton City Hall, where they spoke in response to the decisions from the cities.

"It is disconcerting to know that the day itself is not going to be observed by localities,” Sen. Mamie Locke, of the 2nd State Senate District, said.

Their claim is these cities will not allow their employees to take the day off and vote, a facet of the bill.

Hampton Councilmember Steve Brown, another speaker present, said most of the city council in Hampton rejected the notion.

"It's disturbing,” Brown said. “I made it very clear, and if you look around this morning, you don't see any of the councilmembers here."

"An employee to have to take paid time off to vote, that's saying, 'I'm paying to vote,'” Rev. Gary McCollum, a speaker with the Virginia Beach Interdenominational Ministers Conference, said.

We reached out to each of those cities to get their take on the matter.

Election Day is not a paid holiday for City employees; however, we do offer civil leave for employees who are restricted from voting on Election Day due to his/her work schedule. Unlike some other Hampton Roads localities, Newport News does not follow the state's holiday schedule but rather observes specific holidays as outline in our city code [library.municode.com]

The City of Norfolk said Norfolk employees have the flexibility to use leave to participate in early voting or vote on election day.

The City of Hampton is committed to ensuring that all citizens - not just employees - have the ability to vote. Options added this year, such as absentee voting for anyone and early voting mean that voting can happen in a larger time frame than a single election day. In fact, two early voting days are on Saturdays (Oct. 24 and 31 this year).Hampton does not automatically follow every state and federal holiday. In this particular case, Governor Northam swapped a state holiday (Lee-Jackson Day) to create this one. The City had not previously provided that holiday so there would be additional expense for this new day off, as employees who have to work on a holiday get paid extra. Further, our personnel policy already provides for employees to have time away from their work day to vote if they are otherwise unable to do so.

We absolutely encourage every eligible voter to take their time to vote on or before Election Day. We are confident our employees will have the ability to similarly exercise their vote, even without a paid full day off.