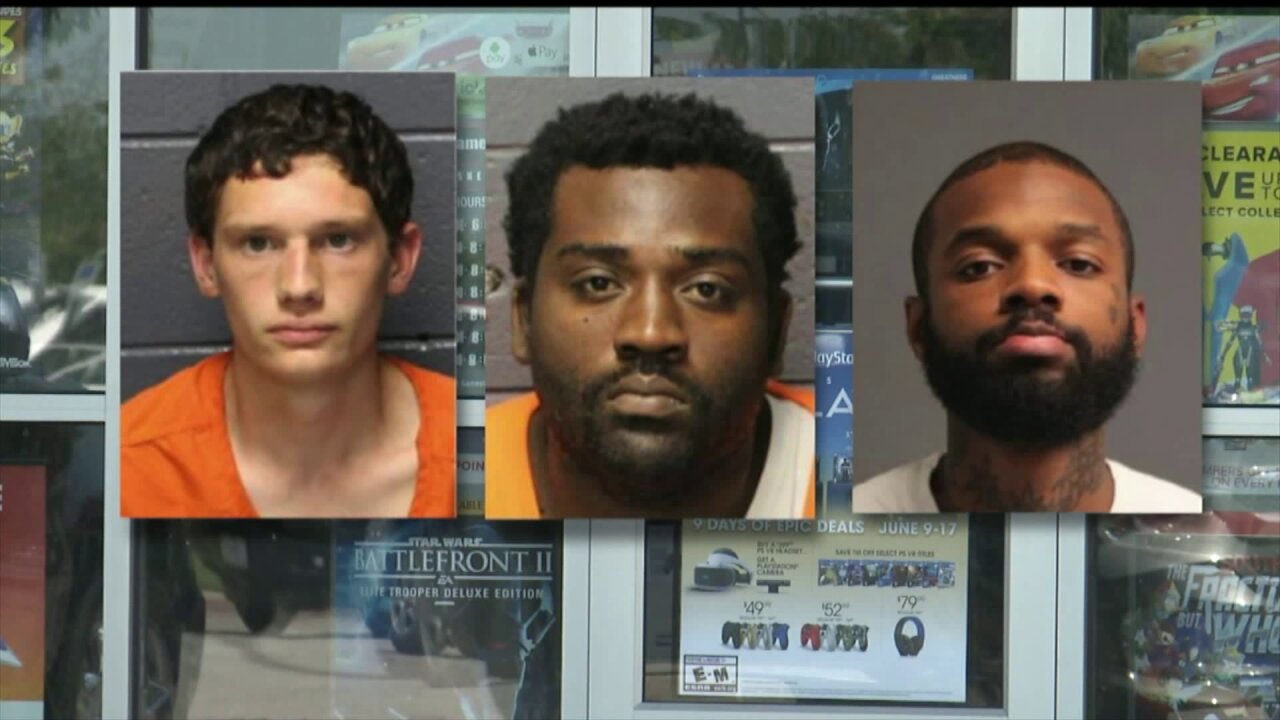 James Gregory (L), Allen Ralph (C) and Leonard Morrison (R) were convicted in the 2017 robbery of a Hampton GameStop.

HAMPTON, Va. - Allen Ralph's appearance in a Hampton courtroom via video was brief on Monday.

When the hearing was through, the 30-year-old had pleaded guilty to robbery, conspiracy to commit a robbery and three counts of use of a firearm to commit a robbery -- receiving a 15-year prison sentence with 38 years suspended pending good behavior when he's released.

In exchange for Ralph's plea, other firearm and robbery charges -- and an additional four counts of abduction -- were dropped.

"(With) what he was looking at and what he ended up getting, this is the best possible outcome for him," Ralph's attorney, Artisha Gregg, told News 3 following the hearing.

Ralph is accused of driving the getaway car in a June 2017 robbery of a GameStop at the Hampton Towne Center.

Prosecutors say Ralph met Leonard Morrison and James Gregory prior to the robbery and drove them to the video game store, where the other two men went on to rob the store and the people inside at gunpoint.

Police arrived and Morrison and Gregory escaped out the back of the GameStop.

After a foot pursuit, officers located the two men and Ralph, who had been waiting outside in a vehicle, according to prosecutors.

Morrison then got into a physical fight with an officer and was able to gain control of his weapon, shooting an unarmed officer who was wearing a bulletproof vest, police say.

All three men were arrested. Morrison was convicted on multiple charges, including attempted capital murder of a police officer, in 2019 and sentenced to life in prison.

Gregory was sentenced the year prior to 80 years for his role in the armed robbery.

"[Ralph's] extremely sorry for his actions. He wishes he'd never gotten involved with [Morrison and Gregory]. He's very sorry for whatever harm this has caused for everybody involved, including his own family," said Gregg.

Ralph, who's been behind bars since 2017, will receive credit for the three years he's already served.