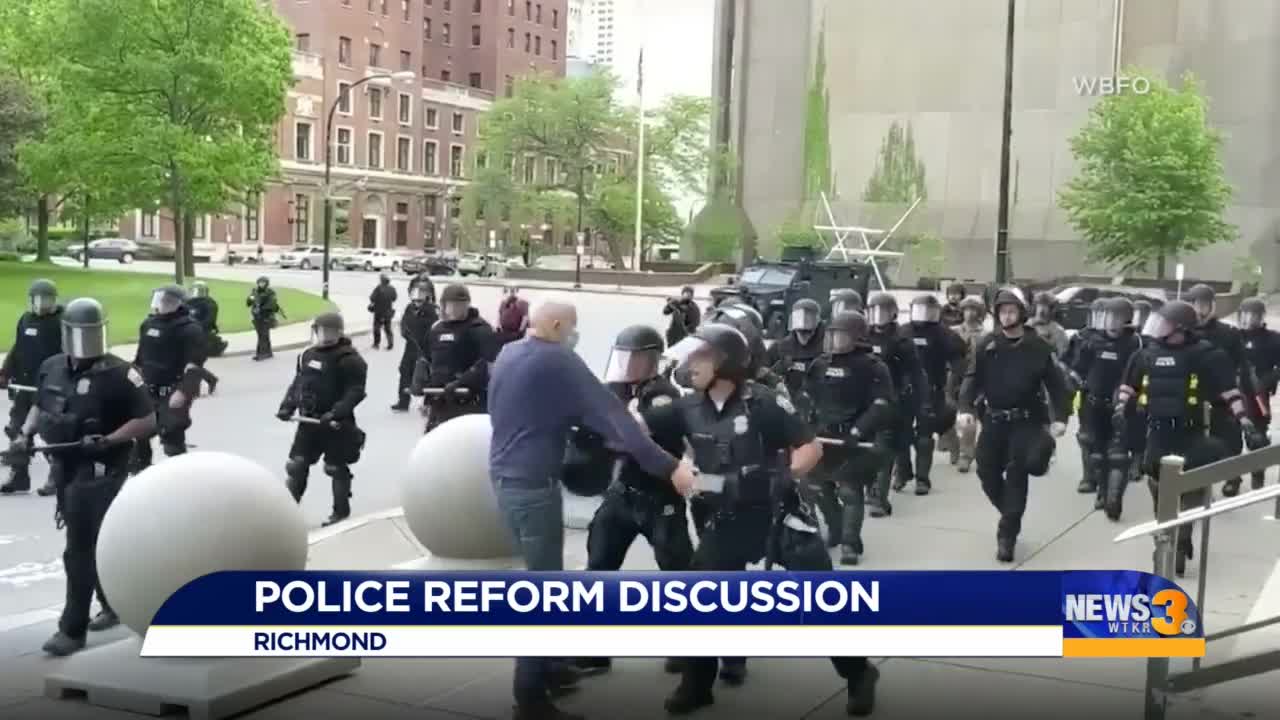 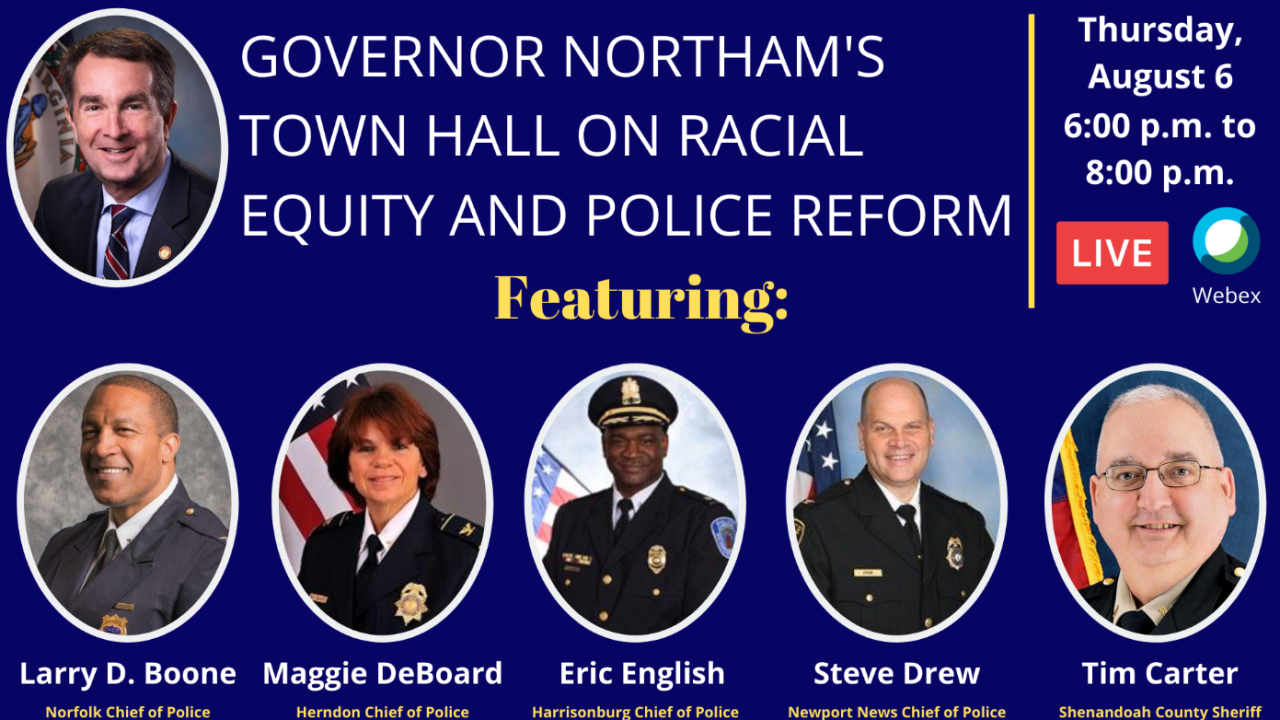 HAMPTON ROADS, Va. - Tensions are still high as people across the United States and in Virginia continue to call for justice and transparency following the deaths of a number of African Americans at the hands of police.

During a virtual town hall Thursday night, community leaders, activists and police spoke about how they plan on addressing racial equity and police reform.

“This is not a political issue,” Northam said. “It is not Republican versus Democrat. It is about equity. It is about police reform. It is about making sure that Virginians feel safe, make sure that they feel respected. We are all in this together.

“For me, it is so important that we are finding various ways to show up but also that we are putting the voices of the most marginalized people to the forefront,” said Bryant. “That includes Black women, Black transpeople and Black and brown people of the LGBTQ community and indigenous voices.”

Community members had a chance to weigh in to ask questions about accountability, trust and transparency.

Norfolk Police Chief Larry Boone was one of the featured local law enforcement representatives. He said his department is one of the most diverse police departments in the state.

“I will go on the record and say we are the most diverse police department in the state and diversity is not enough,” he said. “It is not enough because you have to have inclusiveness as well.”

Boone touted that the city has had a reduction of 32% in violent crime in recent years. He said through the department’s nationally recognized programs, the officers are starting to build relationships at a young age.

Newport News Police Chief Steve Drew was also featured as a speaker. To help mend the divide, he said they have a citizens advisory board, focus on training and community policing.

“We continue to focus on cultural diversity and de-escalation,” Drew said. “We hired two domestic violence advocates. We are seeing our third year in crime reduction and use of force complaints decreasing and our use of force incidents as well dropping. All of those things are elements that help shape the community perception of law enforcement and we have to continue to build on that and move forward.”

Drew said the department has an emphasis on trust and transparency.

“We have to earn the trust of citizens that we represent as well as the men and women who wear this uniform,” he said.

The governor and others at the town hall admitted more needs to be done.

During a special session on August 18, Northam said he’ll be presenting several proposals, including implementing civilian review boards to hold unethical officers accountable and tightening the criteria to take away their badge.

“We have a very ambitious agenda for August 18 and we are listening,” Northam said. “It is time to turn words in to action.”

News 3 live streamed the town hall live on Facebook and here in this story. If you missed it, you can watch it above.

Tune in to @GovernorVA Ralph Northam's Virtual Community Town Hall on Racial #Equity and Policing #Reform on Thursday, August 6 from 6:00 p.m. to 8:00 p.m.

This is a great opportunity to hear activists & law enforcement professionals discuss the future of policing in #Virginia. pic.twitter.com/TlvBhTNZal