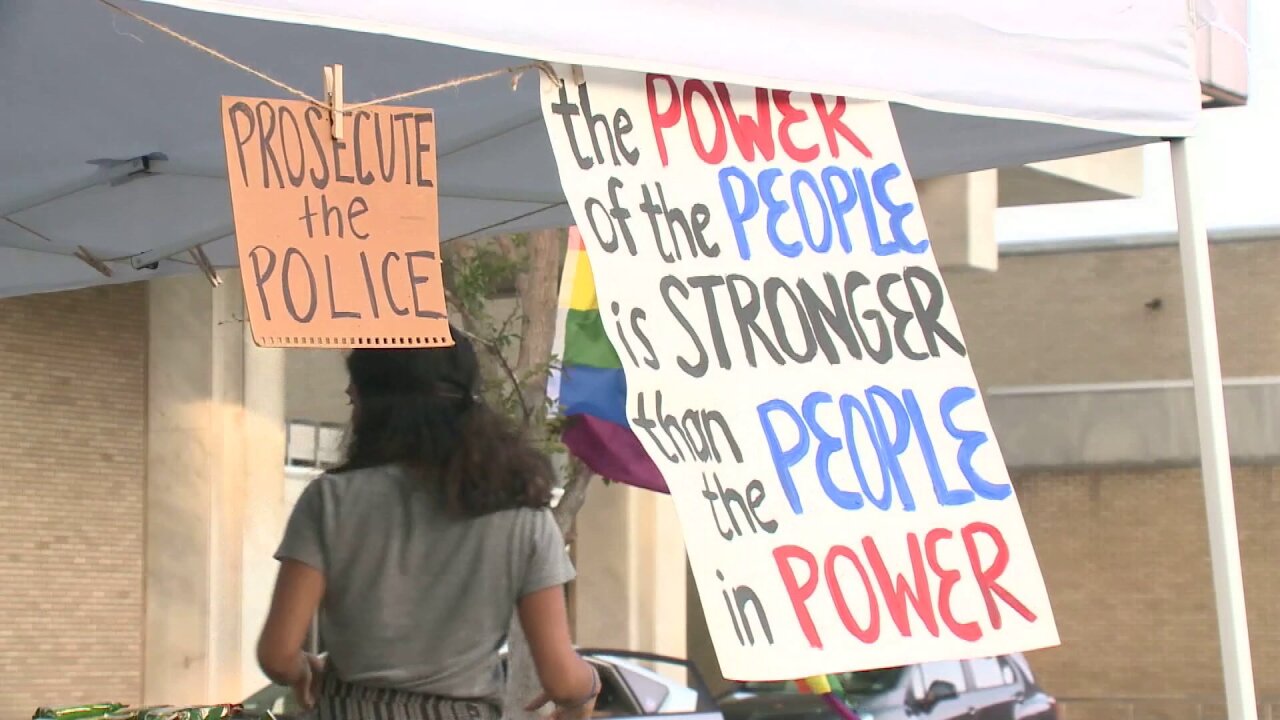 HAMPTON ROADS, Va. - Police departments across Hampton Roads are responding to calls for use-of-force reports to be released to the public.

"It is City policy to invoke Virginia Code Section 2.2-3706(B)(1) to withhold any records related to any criminal investigation. Since the use of force reports are part of a criminal investigation we would not release them. That is why we do release aggregate data, like in our Annual Reports. Attached is a PIC from our 2018 Annual Report, the 2019 copy should be available soon."

"The Hampton Police Division takes the use of force extremely seriously. We have implemented a committee process to review use of force incidents to track and study our use of force trends and data. Each year (for the past five years) a comprehensive use of force report has been compiled that provides summary, overview, and aggregate data. These reports are available currently through the normal FOIA process, but we are actively working on displaying them publicly on the open data section of our website. With regard to individual incident-based reports, HPD complies with applicable FOIA laws."

In a memo released by HPD, in 2019 the HPD had a total of 66 use of force reports completed for use of force, resisting arrest and/or assault on a police officer incidents.

Wednesday, a group in Norfolk held a sit-in at City Hall to demand the Norfolk Police Department's reports to be released. Norfolk Mayor Kenny Alexander said he wants the department to release the reports so the city can have a better idea of what's going on.

Alexander said he also wants to protect the names of innocent people and victims, and does not want to jeopardize any open investigations.

"The Portsmouth Police Department is more than happy to release the statistical data involving use of force by officers with our agency as this information is contained in our agency’s annual report each year. This statistical data is available to anyone who wishes to request the information under the Freedom of Information Act (F.O.I.A.). This information can include the number of Use of Force cases and how many were found to be within policy or out of policy. However, as you know under Virginia State Code §2.2-3705.1(1), personnel records are held as confidential and considered a discretionary release under F.O.I.A. Therefore, the officer’s identities in these types of cases are not released to the public."

A spokesperson for the Suffolk Police Department provided News 3 with the following statement:

This is a developing story and will be updated as News 3 receives more statements.