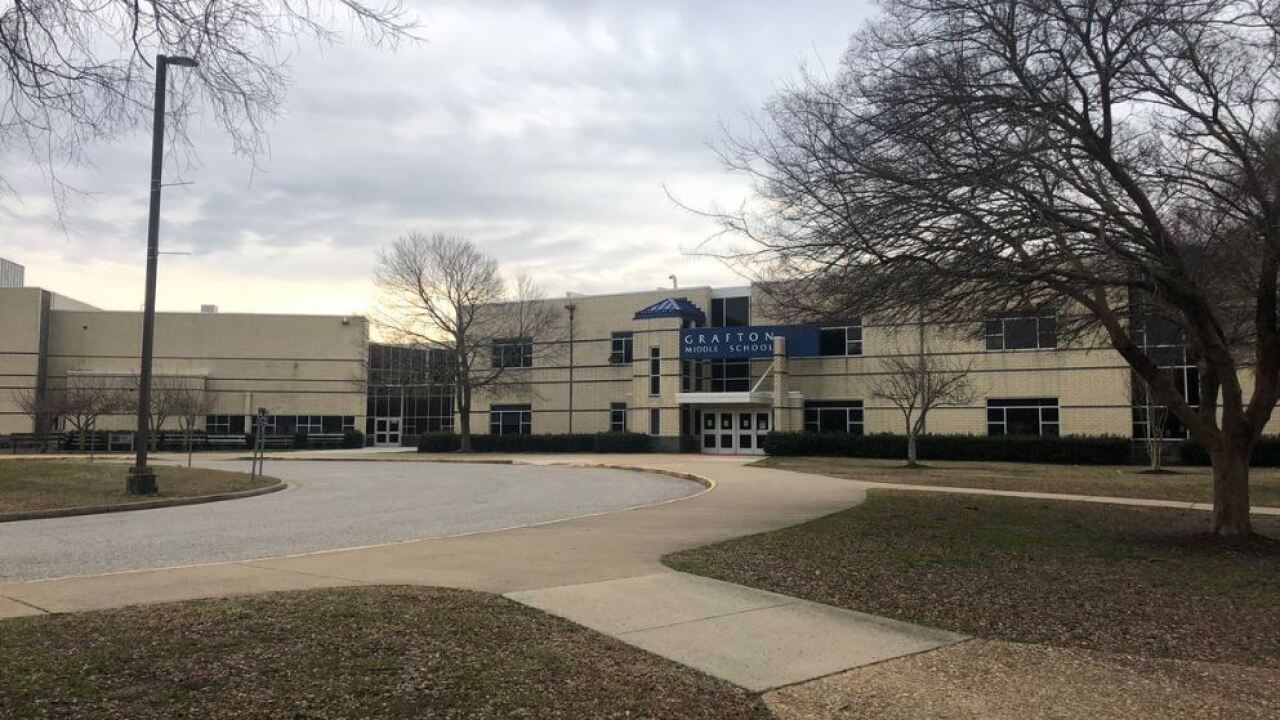 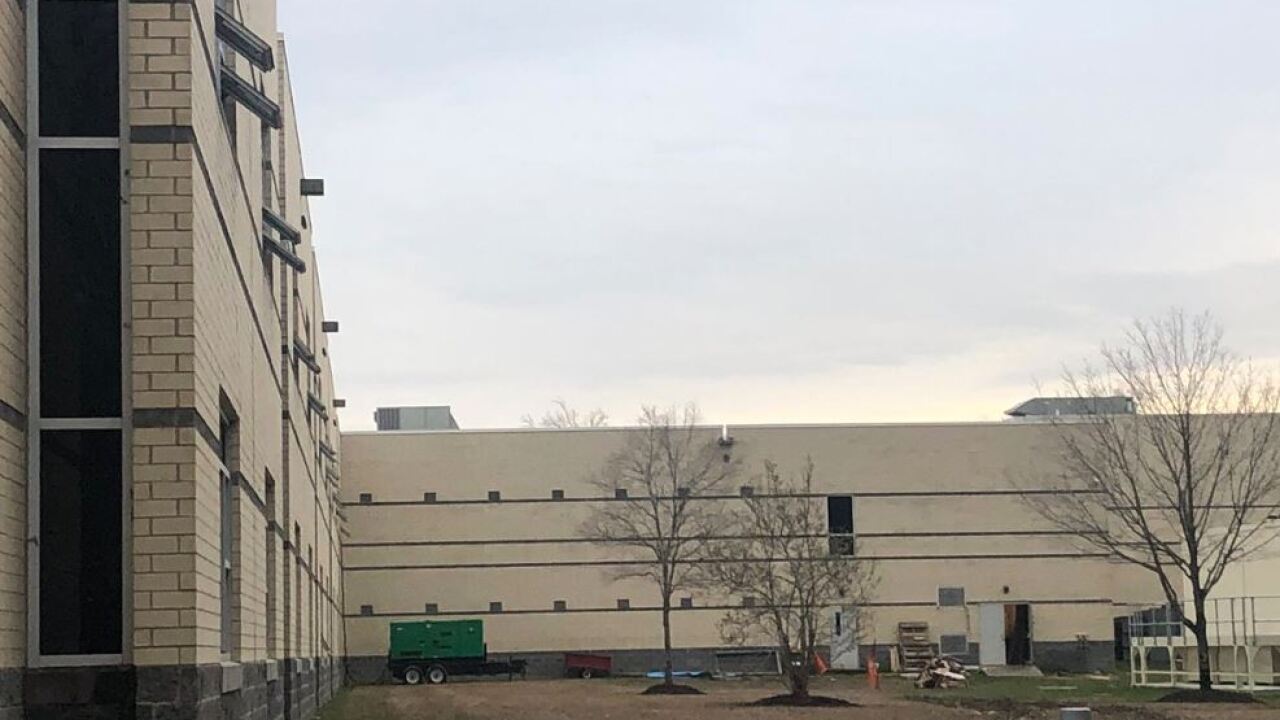 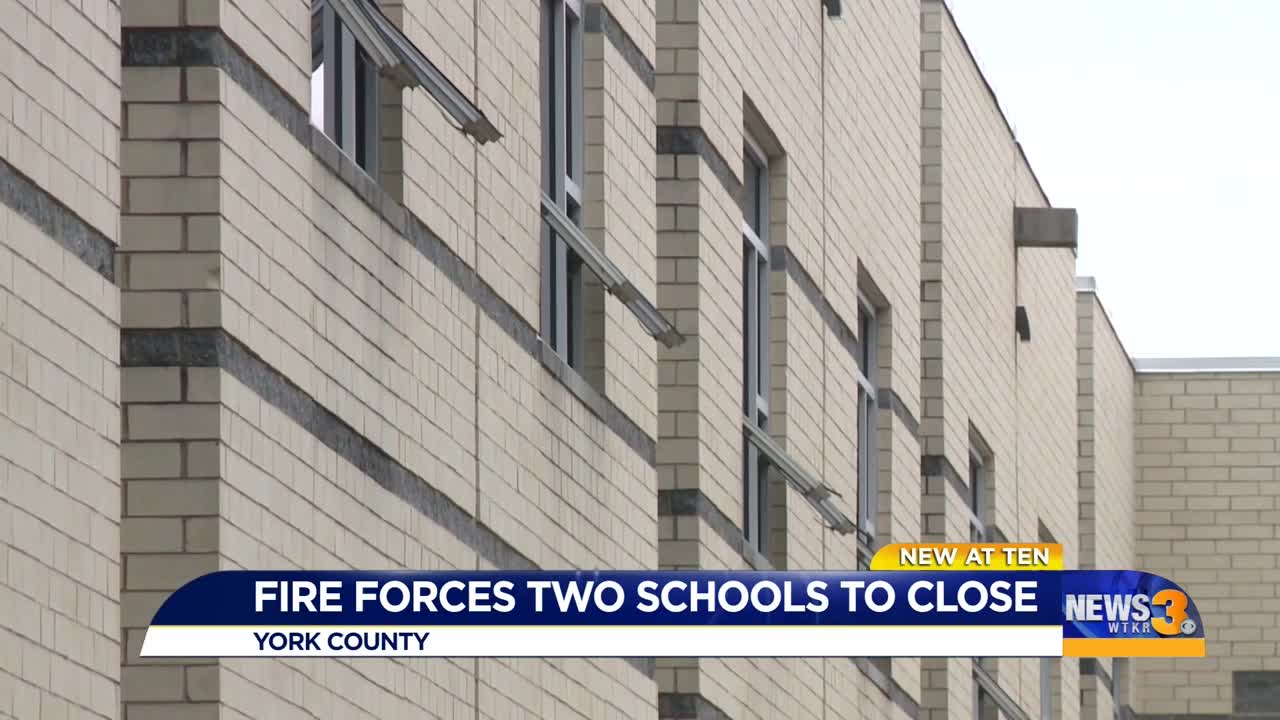 YORK Co., Va. - School officials said they don't know when students will be able to return to Grafton High School and Grafton Middle School after Monday's fire and that restoring temporary power to the complex that houses the educational facilities is expected to take months.

The York County Department of Fire and Life Safety responded to an electrical fire at the Grafton School Complex Monday afternoon.

According to a recording from York County dispatchers, the fire "was called in from a maintenance worker for flames on the back side of the school after hearing a loud pop. Somebody on scene stated it felt like a train crash."

Upon arrival, rescue teams discovered heavy smoke and fire in an equipment room.

Officials say the nearly 1,800 students in both schools had been dismissed for the day and people remaining in the building were alerted of the fire with the activation of the fire alarm and sprinkler system.

The initial fire was controlled by the school's fire sprinkler system.

Everyone was evacuated safely and the fire conditions around utility panel have been controlled.

Students who were in the building due to after-school activities were evacuated to Amory Funeral Home at 410 Grafton Drive for parent pick-up.

Newport News Fire Department and other city departments aided in the incident.

A day later, the aftermath set in. Windows were left open to clear smoke-filled hallways and classrooms as crews worked to clean up any damage.

School officials are currently working on a plan for students and staff to retrieve their belongings that were left on campus due to evacuation.

Rob Cuthrell has three kids spread between Grafton Middle and High School. The next hurdle is figuring out what to do next now that they can't get back inside.

"We were having a discussion over dinner about that tonight since we know we're at least out through the end of this week," he says.

No activities will take place at the Complex this weekend. Due to the extensive electrical damage, the school division does not have an anticipated date for re-opening the Complex. Staff are working to address both short-term and long-term instructional and facility needs.

"I'm glad they're thinking short and long-term and looking at, 'What is the worst-case scenario? What is the best case scenario?' In my mind, they'll be looking at and trying to come up with contingency plans," he said.

York County Department of Fire and Life Safety officials said Thursday that based on a preliminary investigation, the fire started in the electrical switch gear/equipment located in the Grafton School Complex electrical equipment room, which serves the entire complex.

The exact cause of the fire remains unknown and is "very complicated" to determine, they said. The investigation remains ongoing.

As far as damages are concerned, the majority of the fire damage happened in the equipment room, but the entire complex was affected due to smoke traveling throughout the building. Officials say the worst appeared to have happened in the middle school portion of the complex.

The middle school side of the complex was impacted the most by the smoke damage.

The schools were initially anticipated to be closed only through the end of the week.

The school spokesperson said while school officials initially hoped to share their plan Thursday night for returning students to class, the extended timetable for repair and its impact on contingency plans must be considered as part of their decision. The spokesperson said the team is "very close" to a solution and said the goal is to meet state-mandated instructional requirements without affecting spring break and without extending beyond the current last day of the school year.

The next update, which will include information on when and how students will be back in classrooms, will be made before the end of the day on Friday, February 7.

The division superintendent and members of the York County School Division's operations team discussed multiple status updates on camera Thursday to help answer the community's questions as thoroughly as possible. That discussion can be seen here.

Information regarding transportation options for GHS students who participate in half-day, off-campus instructional programs – such as Governor’s School, New Horizons, SOA and NJROTC - during the school day is attached to the email message sent to all families. Students who participate in extra-curricular programs with events scheduled Wednesday, February 5 through Sunday, February 9, will be contacted directly by their coach or program sponsor. Principals will communicate directly with staff regarding work expectations through Sunday.

A resource page, Grafton Complex Status Reports, has been added to the division website and will be updated regularly. You can view that here. School officials will also continue to communicate directly with parents and staff as information becomes available.