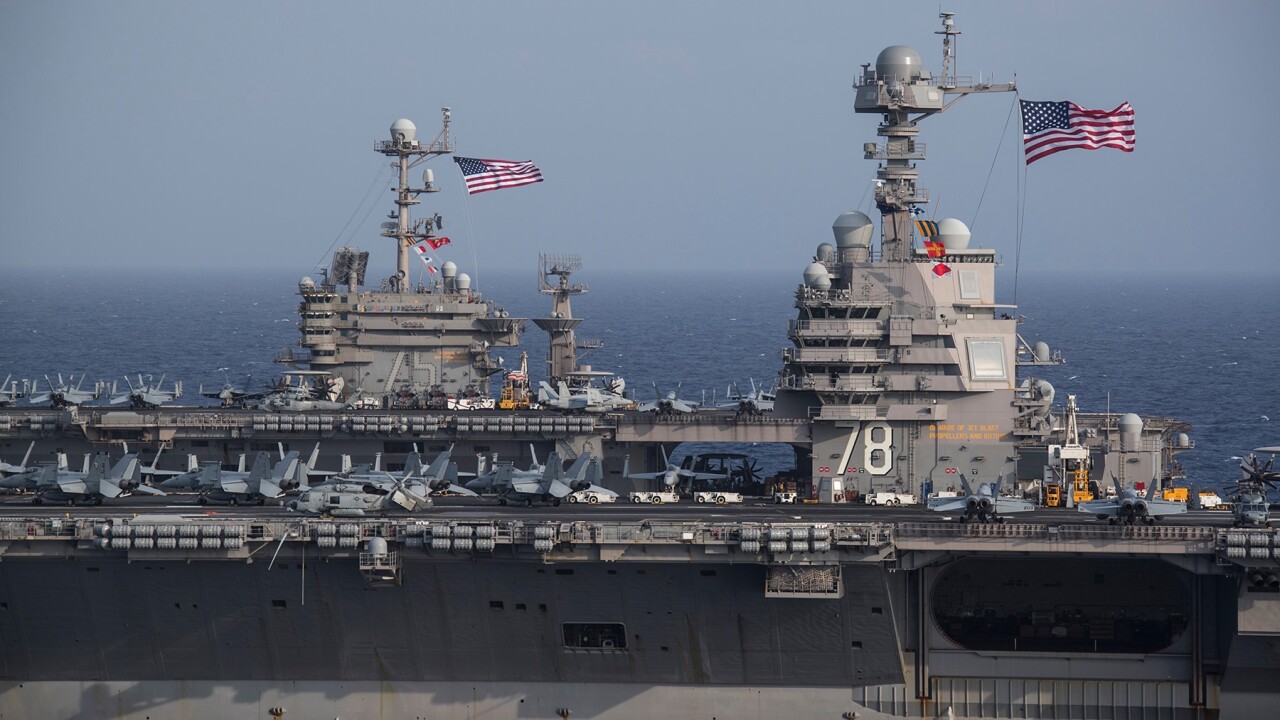 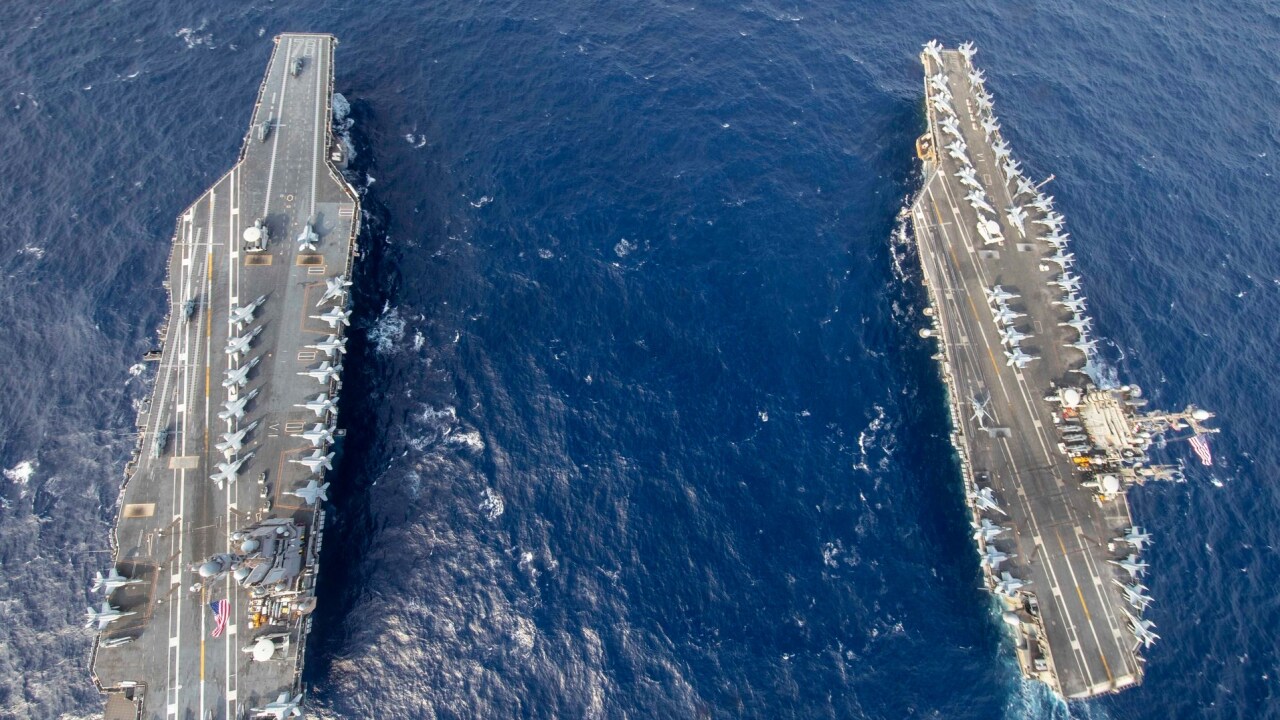 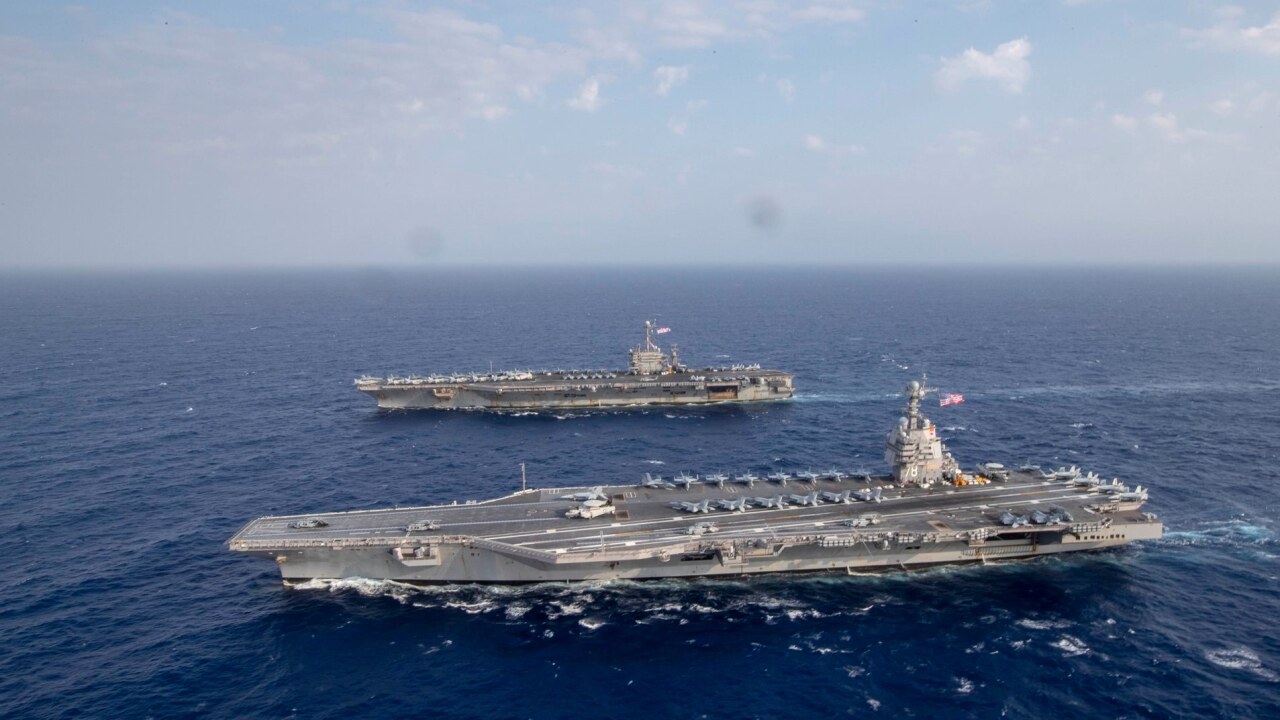 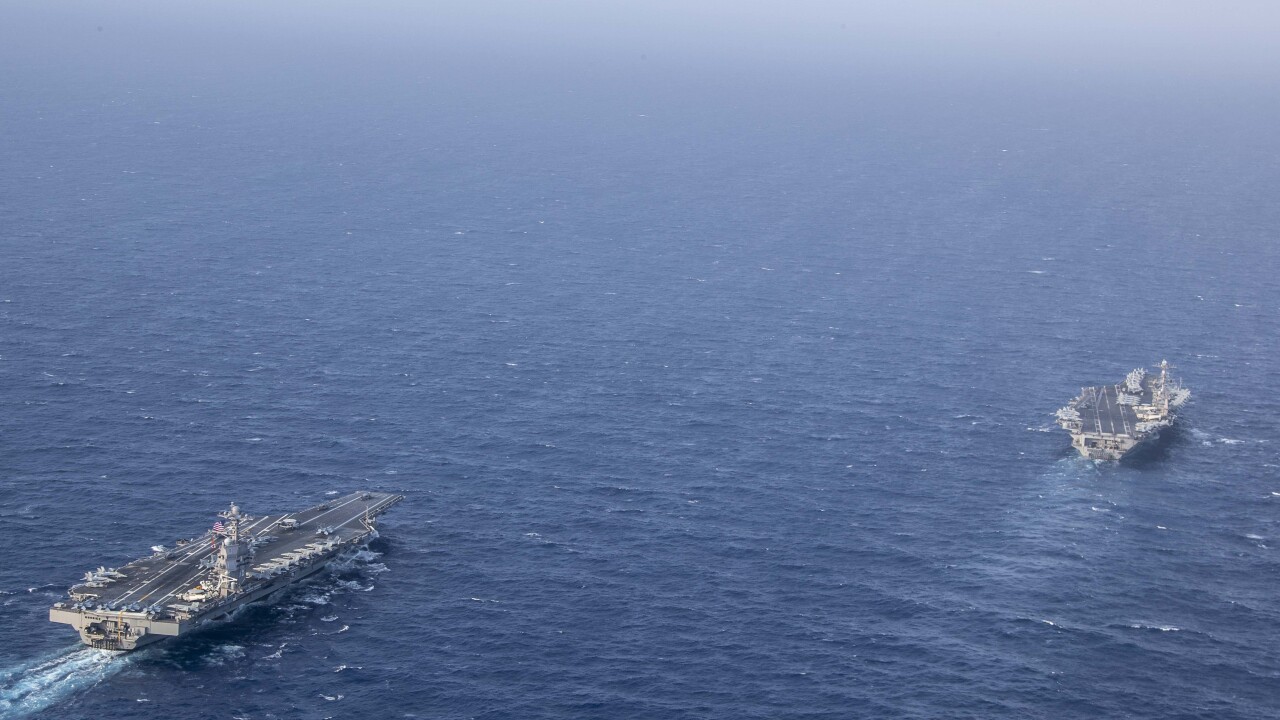 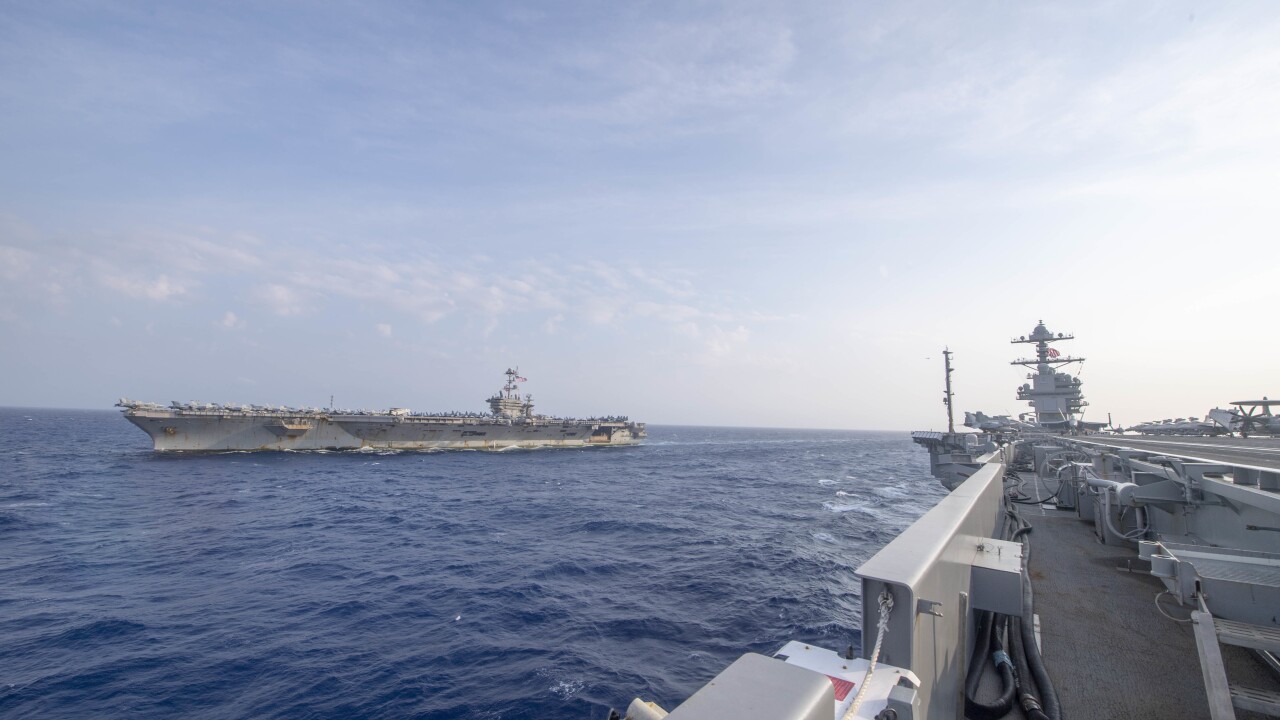 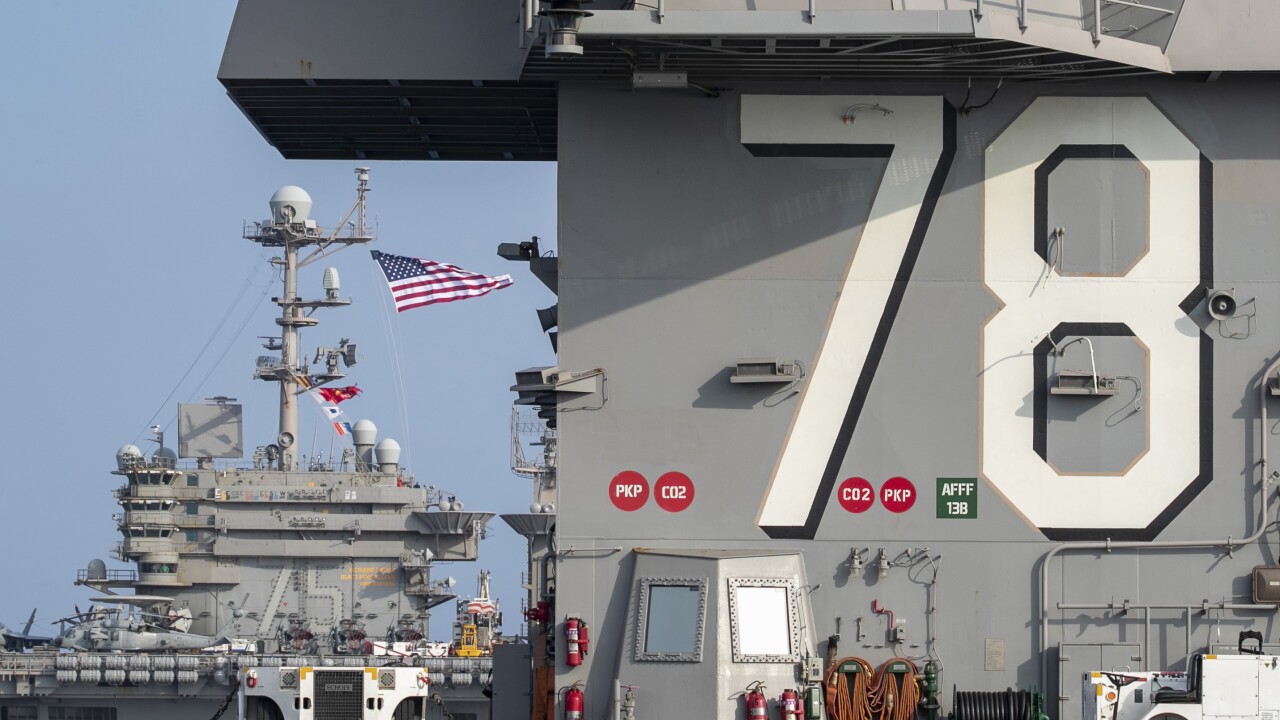 NORFOLK, Va. - Two aircraft carriers operating together at sea is nothing unusual, but the interaction between two Norfolk-based carriers underway Thursday is a first for the Navy.

Operating together in the Atlantic, the USS Gerald R. Ford and USS Harry S. Truman dual carrier operations marks the first time a Ford-class carrier is operating with a Nimitz-class carrier underway.

The Ford is the first in a new-class of carriers for the Navy, while the Truman is the eighth of the ten-member Nimitz class.

"We won’t be exchanging airplanes between the two ships but we are going to try do some CQ exercises. We’re even potentially looking at having some of their destroyer squadron ships come in and sail in company with Ford. We’d love to get Ford to start doing some basic interaction with the rest of a strike group type organization," he explained.

The Ford has been at sea this past week integrating with Carrier Air Wing Eight for the first time.

Meantime, the Truman has remained in the Atlantic since April following the end of a deployment to the Middle East in a measure to to protect the crew from COVID-19.