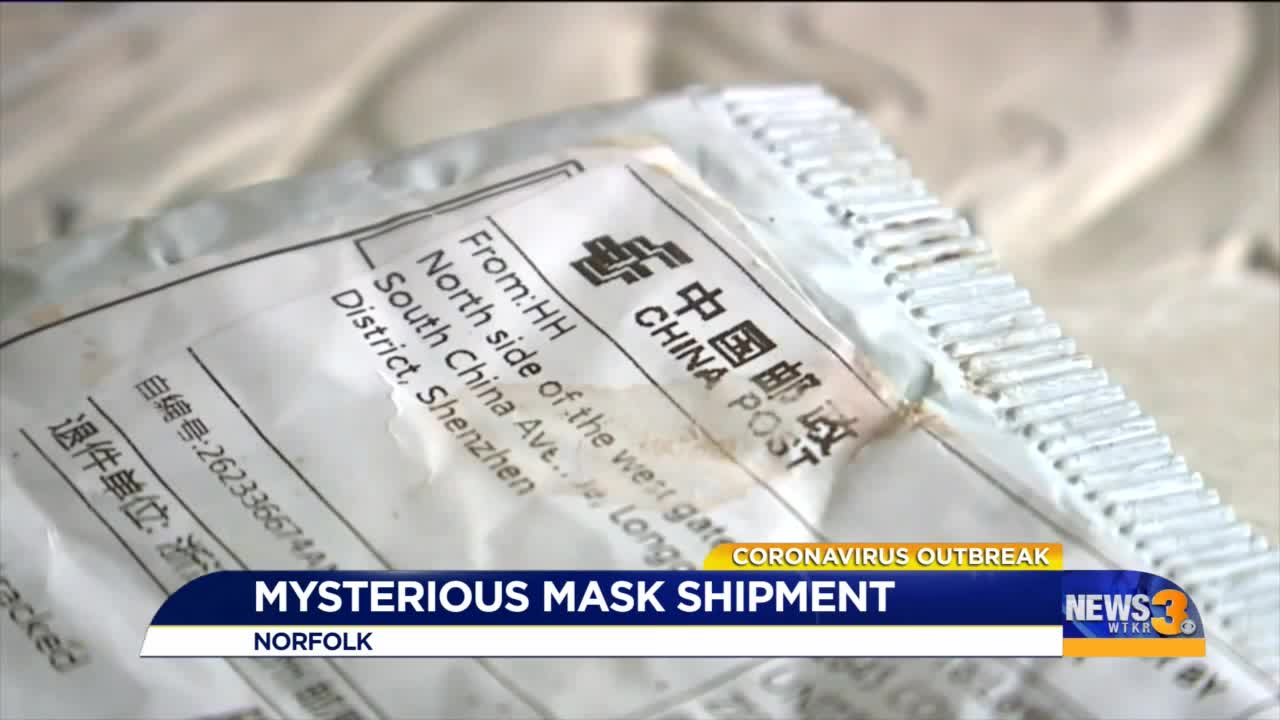 It's addressed to her, but she said she didn't order it.

"Well, I was also waiting on some previous packages so I just opened it to check and make sure that it wasn't something I had ordered," Lovewine said.

Upon opening the bag, she realized very quickly that it was not what she had expected, "when I opened it and I saw that it was the N95 masks, I knew it wasn't anything that I had previously ordered."

Lovewine said she started to take note that the package could be 'suspicious' when she took a good look at the shipping label from China.

She said she's seen the exact same one being reported on across the country from other families that had received unsolicited shipments.

She then called News 3 so we could take a look at it for ourselves. "My first instinct was to give y'all a call given that's where I originally saw [the reports]," she said.

This summer, the United States Department of Agriculture has reported that countless families have received unsolicited seeds from China.

They have advised people not to plant them but instead bring them to local plant regulatory officials.

Officials believe all the items landing on people's doorstep are part of a larger scheme that the Federal Trade Commission is calling the "Brushing Scam."

Chinese sellers get your name and address and then ship you cheap items to increase their ratings.

According to the Better Business Bureau, "their intention is to make it appear as though you wrote a glowing online review of their merchandise, and that you are a verified buyer of that merchandise. They then post a fake, positive review to improve their product's ratings, which means more sales for them. The payoff is highly profitable from their perspective."

When News 3 told Lovewine that, she was concerned.

"It really worries me because people are able to get your information from your previous orders and things that you make online," she said. "I want to make sure my information is safe and not getting into the wrong hands."

If this happens to you, the FTC said to change your online passwords and notify the retailer, if possible.

Lovewine said she just wants to make sure the package isn't harmful and to offer a heads-up to others in the Hampton Roads community.

"I just want to make sure that other people are aware in what to look out for when they receive packages from unknown sellers," she said.