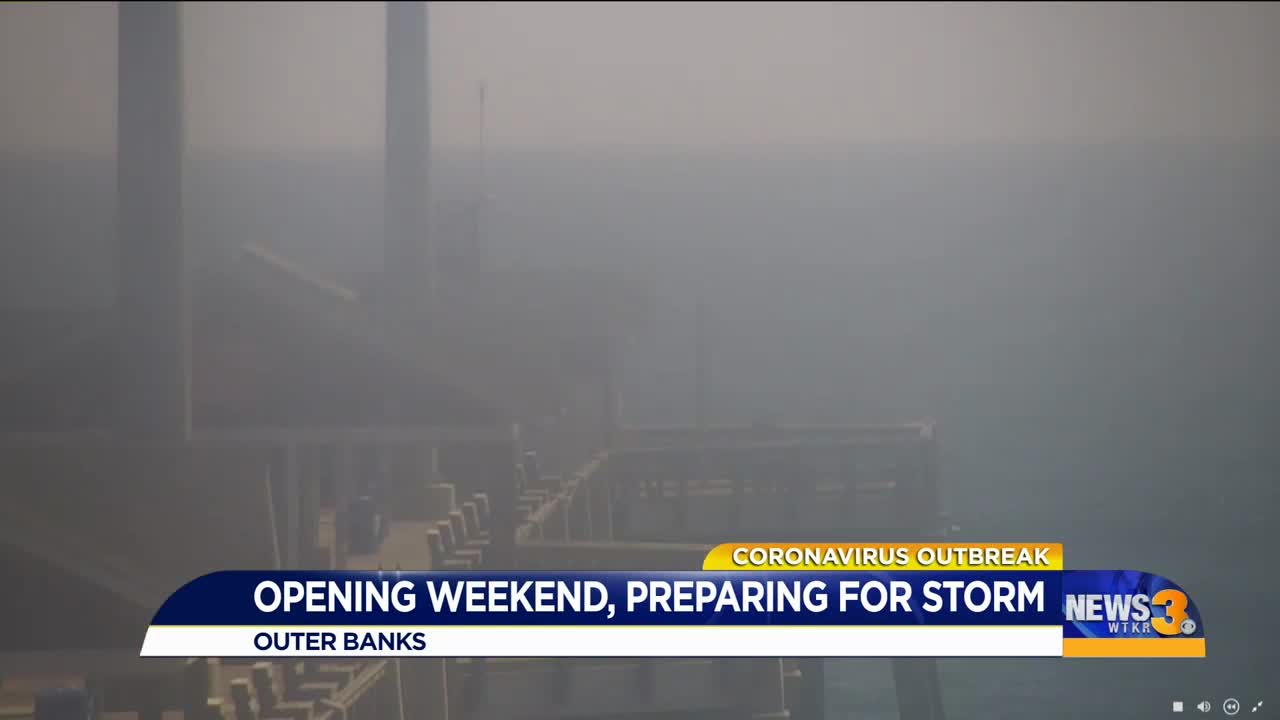 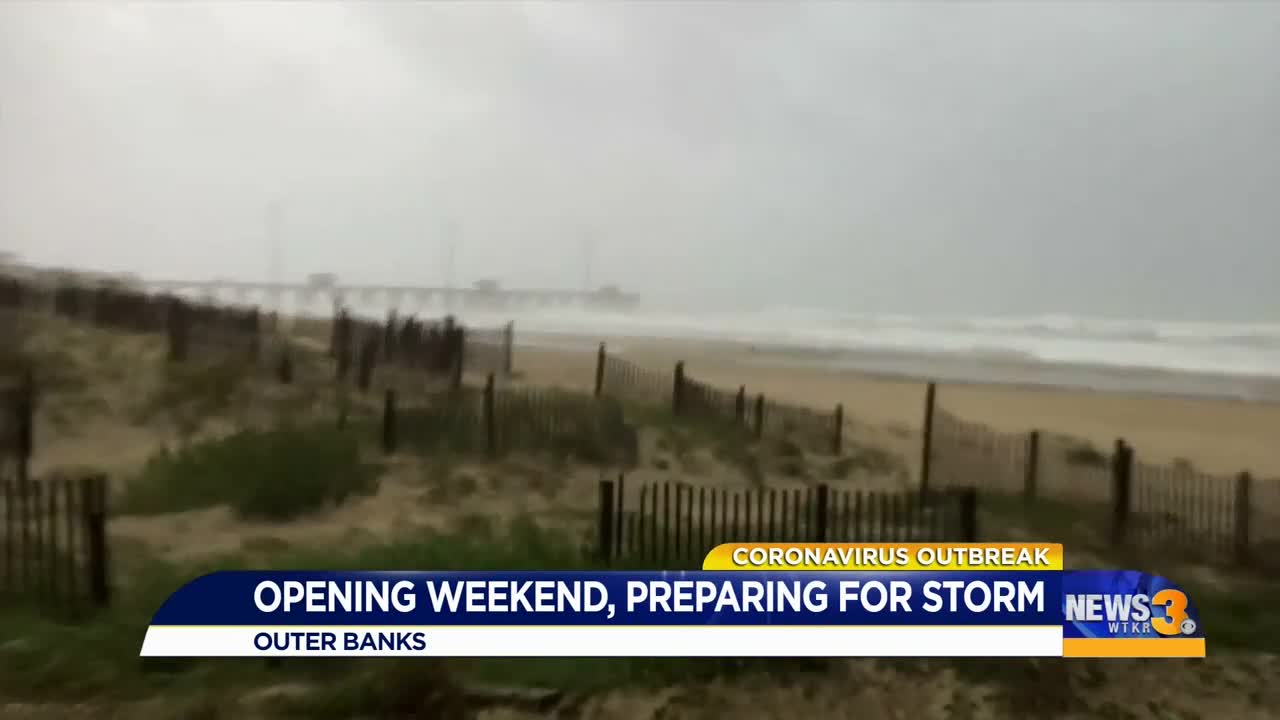 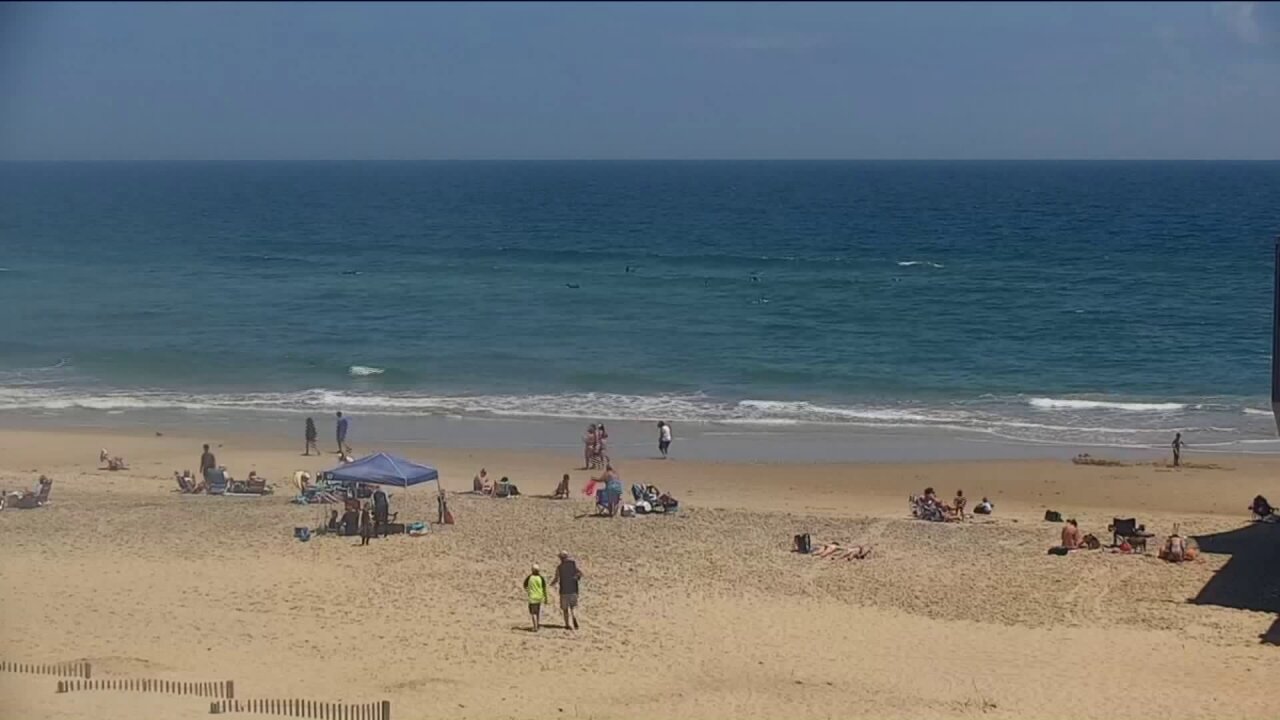 KILL DEVIL HILLS, N.C., - It's a big weekend along the Outer Banks of North Carolina. Beaches are now open and visitors are welcomed back after the state was shut down due to the coronavirus.

Per Governor Roy Cooper's orders, on Saturday at midnight, Currituck, Dare and Hyde counties all lifted restrictions on visitors.

As the weekend came to a close on Sunday, Kill Devil Hills Mayor Ben Sproul told News 3's Erin Miller that the beaches were busier than usual during this time of year.

"I think there's a sort of pent-up demand to come down [to the OBX]," he said. "We knew that [opening back up] on the holiday weekend would really be taxing, so doing it one week before the holiday really does give us kind of a dry run."

Surfline cameras were able to give a better look at the social distancing being practiced on the sand. As expected, the beaches grew more full each hour, but they never seemed to reach a point that maxed capacity.

However, what you couldn't see from the cameras was another looming threat on the horizon. Tropical Storm Arthur is expected to graze the Outer Banks on Monday.

According to News 3 Meteorologist KJ Jacobs, Arthur is on track to bring wind and rain to coastal North Carolina and southeast Virginia on Monday. Some areas will experience pockets of heavy rain, tropical-storm-force winds upwards of 40 mph, high surf and rip currents. Ocean overwash is also possible for the Outer Banks.

"Because it's not a hurricane, a lot of times people dismiss it, so as a public official and as somebody who's lived here for a long, long time, you really have to be careful," said Sproul. "We've already seen some rescues just yesterday already and that will only increase during the day."

Sproul said lifeguards aren't fully on duty until next weekend, so he suggests staying out of the ocean. Due to the strong winds expected, he said you should also pick up loose articles in your yard and on your patio.

"All we can do is take it day-by-day, because as they say, we're all in this together," he said.