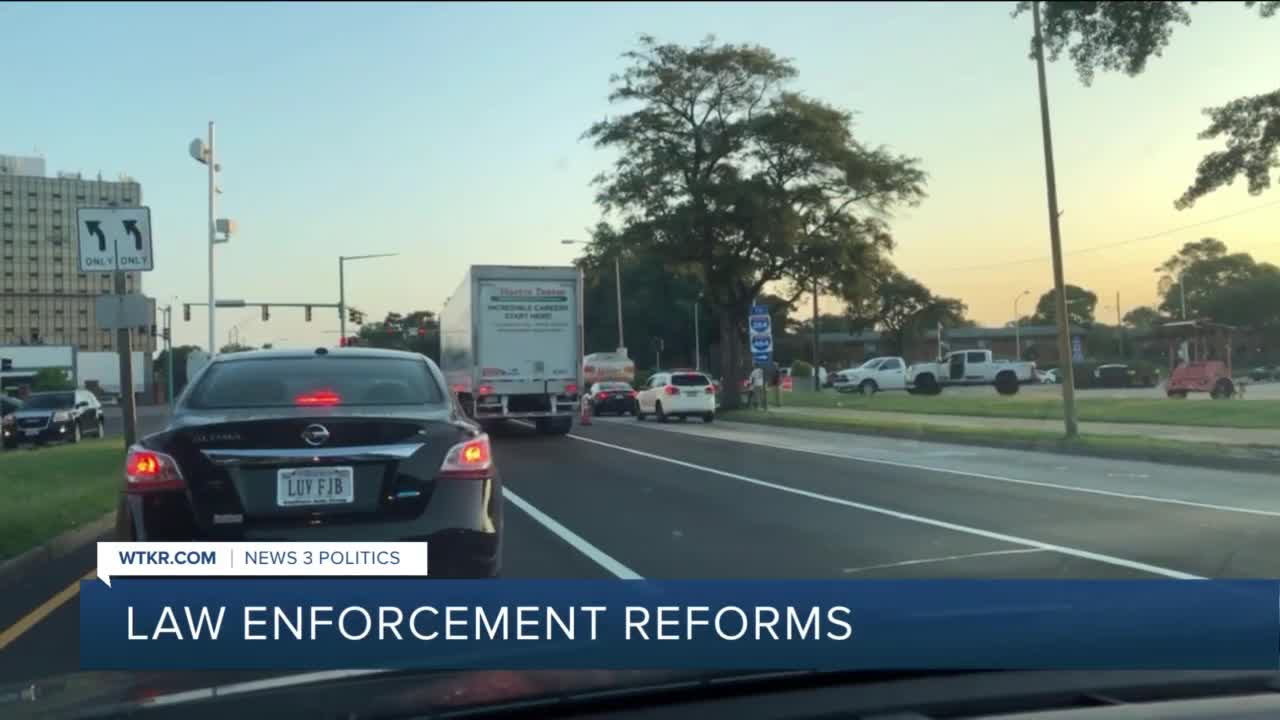 NORFOLK, Va. - Nearly two months since the General Assembly's special session began, lawmakers have sent a series of law enforcement reforms to the governor's desk to sign into law.

Lawmakers from both chambers have passed bills banning no-knock warrants, banning chokeholds and making it easier to de-certify bad cops.

Other proposals, like making it easier to sue police officers by removing qualified immunity, failed. Another proposal would've removed the mandatory minimum sentence for assault on a law enforcement officer. It did not advance, either.

"These bills will impact the African American community in such a way that it should bring a lot of parity to the criminal justice system," said Robert Barnette, the President of the Virginia State Conference of the NAACP.

Lawmakers returned to Richmond during a summer of unrest and protests across the country. John Jones, the Executive Director of the Virginia Sheriff's Association, said given that unrest, his group is fine with how the special session went. "Generally, we're somewhat pleased with the results of the session given the climate of everything when we went in," said Jones.

One bill that passed earlier this month has led to some questions. The bill would prevent law enforcement from pulling someone over solely because they smell marijuana or the car has equipment issues like a burnt out headlight.

The NAACP supports the bill because they say law enforcement have used those reasons to pull people over and search their cars when that wasn't necessary. "When you apply these rules unfairly, it targets people that shouldn't be targeted," said Barnette. "We're glad that these types of items cannot be used just to pull people over."

Law enforcement groups are worried the legislation is too broad and would allow someone to drive at night with no headlights. "That's a recipe for disaster if you can't stop someone for no headlights," said Jones. "That's a public safety hazard."

The bill's sponsor, Del. Patrick Hope, is aware of the concerns and is working with the governor to address them, according to a spokesperson for the House Democratic Caucus.

Related: 'We don’t want anyone to feel threatened': Hampton NAACP asking city leaders to ban guns at all polling locations

A spokesperson for Gov. Northam said he is reviewing the legislation and has until next week to act on it.

"We've asked the governor to look at it and amend it and slow that train down," said Jones.

Lawmakers are also in the process of working out the final details of their budget. The conference report would continue moratoriums on evictions and utility disconnections. It would also provide funding to help make sure those costs are covered. The House of Delegates is expected to take it up Friday.