'We don’t want anyone to feel threatened': Hampton NAACP asking city leaders to ban guns at all polling locations 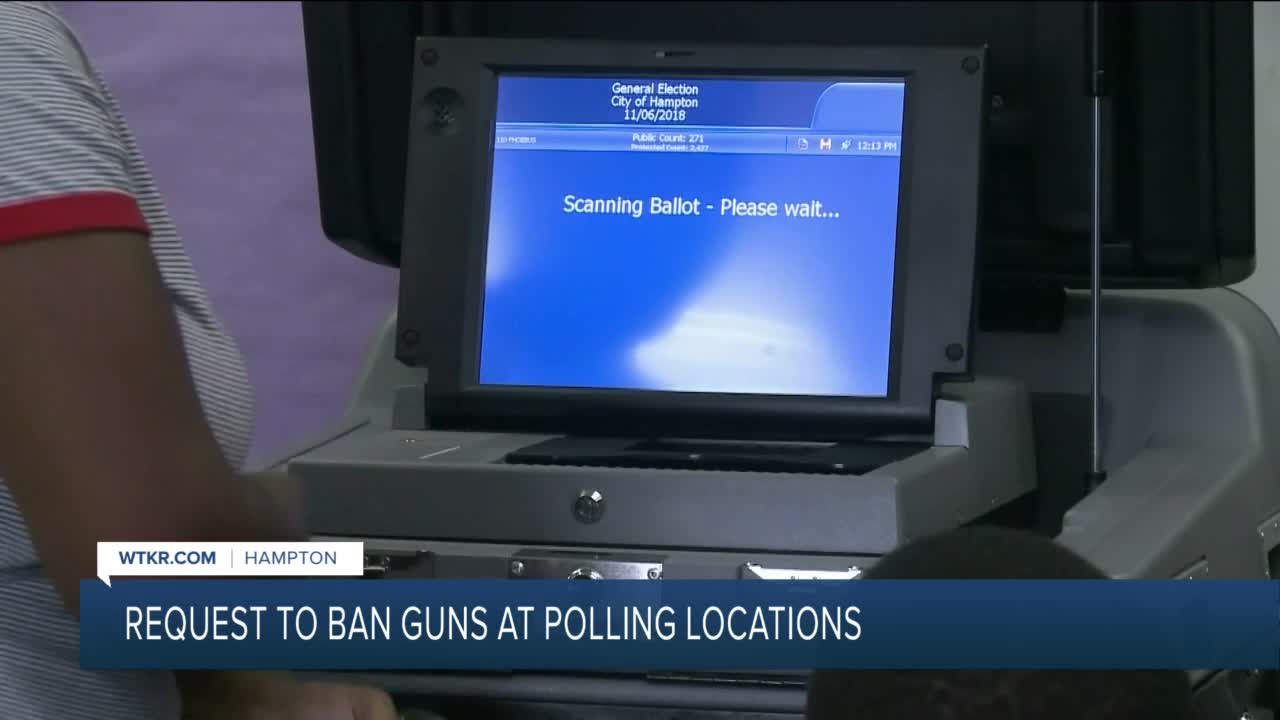 “We are in a very contentious political climate right now,” said one resident to city council on Wednesday night.

Speakers say they want voters to be protected.

Kanoyton, the president of Hampton NAACP chapter, is asking Mayor Donnie Tuck and the council to adopt an ordinance banning firearms at all polling locations.

"You can't bring a gun or firearm or anything like that to a governmental place or polling place, but you can bring it to a community center or to a library and we don't want that,” said Kanoyton.

In a letter to council, she states that “these laws do not extend firearm and weaponry prohibition to all designated polling places."

Dr. Eric Claville is the Director for the Center of African American Public Policy at Norfolk State University.

“There is the ability of localities to draft ordinances for areas that are non-governmental but controlled by the city to prohibit firearms in those locations for the primary reason of voter intimidation,” said Claville.

He say there could be opponents to this proposed ordinance.

“There may be a Second Amendment challenge,” said Claville.

"That's like asking the ban to speak your mind at a rally - you can't do it,” Clapp adds.

Clapp, who works at a local gun shop in Hampton, says the proposed ordinance is a tactic.

"Scare people to think that gun owners or certain people that vote for a party,” he adds.

Claville says with the current political climate in America and recent disruption by Trump supporters at the polls in Fairfax County, which some perceived to be voter intimidation, he wouldn’t be surprised if council passes the ordinance.

"I think our court system and our government officials will take that very seriously, and I think they would want to protect the public because of those things,” he adds.

In an interview with News 3, Attorney General Mark Herring assures voters that intimidation at the polls will not be tolerated in the Commonwealth.

Mayor Tuck says city council will discuss and vote on this issue at their October 28 meeting.