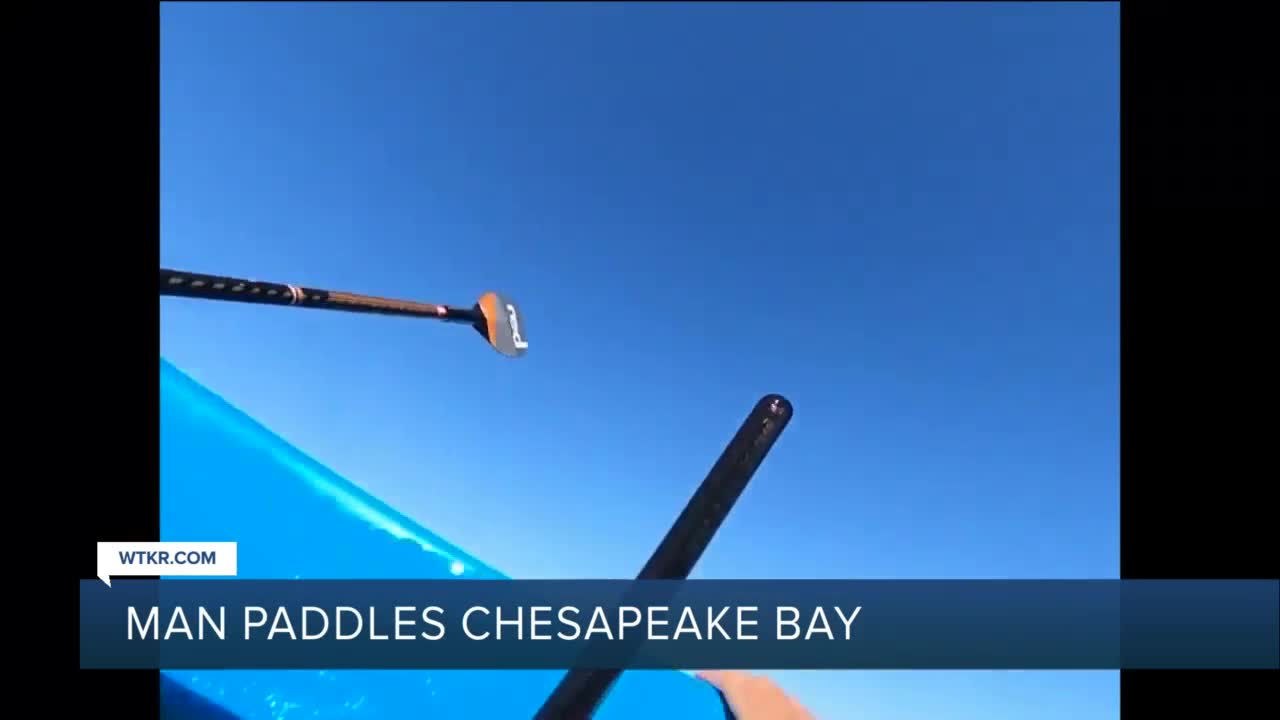 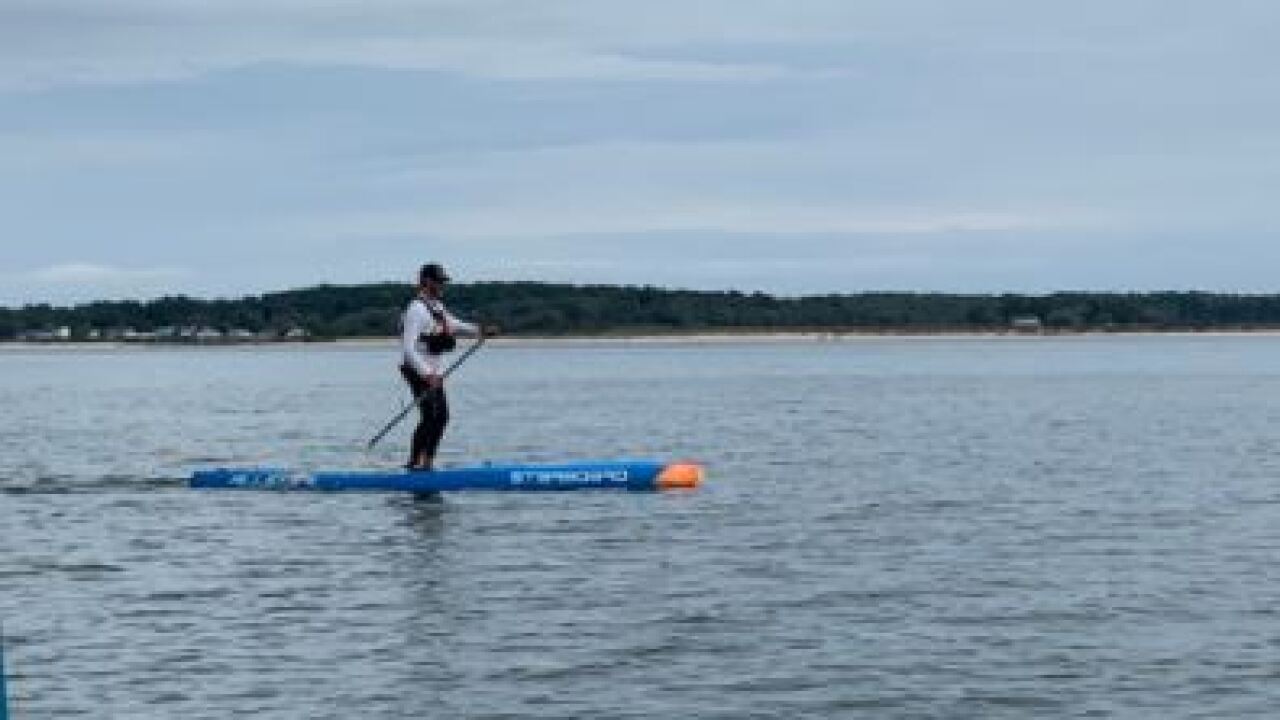 NORTHAMPTON COUNTY, Va. - A 200-plus mile journey ended with Chris Hopkinson falling into the Atlantic Ocean in triumph.

The Maryland man had just spent nine days paddleboarding the length of the Chesapeake Bay.

The Bay Paddle, as it's called, took place from September 18 to 26 as an effort to raise money for the Oyster Recovery Partnership. Oysters filter up to 50 gallons of water a day and are vital to the Chesapeake Bay ecosystem.

When Hopkinson began his journey on September 18 in Havre de Grace, Maryland, the temperatures were cooler than normal with blowing winds and 2-3 foot swells in the bay.

Hopkinson tells News 3 he was tossed into the water 15-20 times that first day. He wasn't wearing a wetsuit and became hypothermic at the end of the day.

"I might be in over my head," Hopkinson says he told his wife after that first day.

But he got back in the water the next day, battling difficult conditions during most of his 203-mile journey along the Eastern Shore. He'd paddleboard 7-10 hours a day, resting in the evenings.

"I had amazing support from my family and friends who were down there with me but also from the community as a whole," he told News 3. "I got so many text messages and emails and social media posts of people just cheering for me and pushing me and encouraging me and that's what really made a difference for me at the end."

The fundraising goal for The Bay Paddle is $200,000. So far, nearly $180,000 has been raised and Hopkinson says he's committed to hitting his goal.