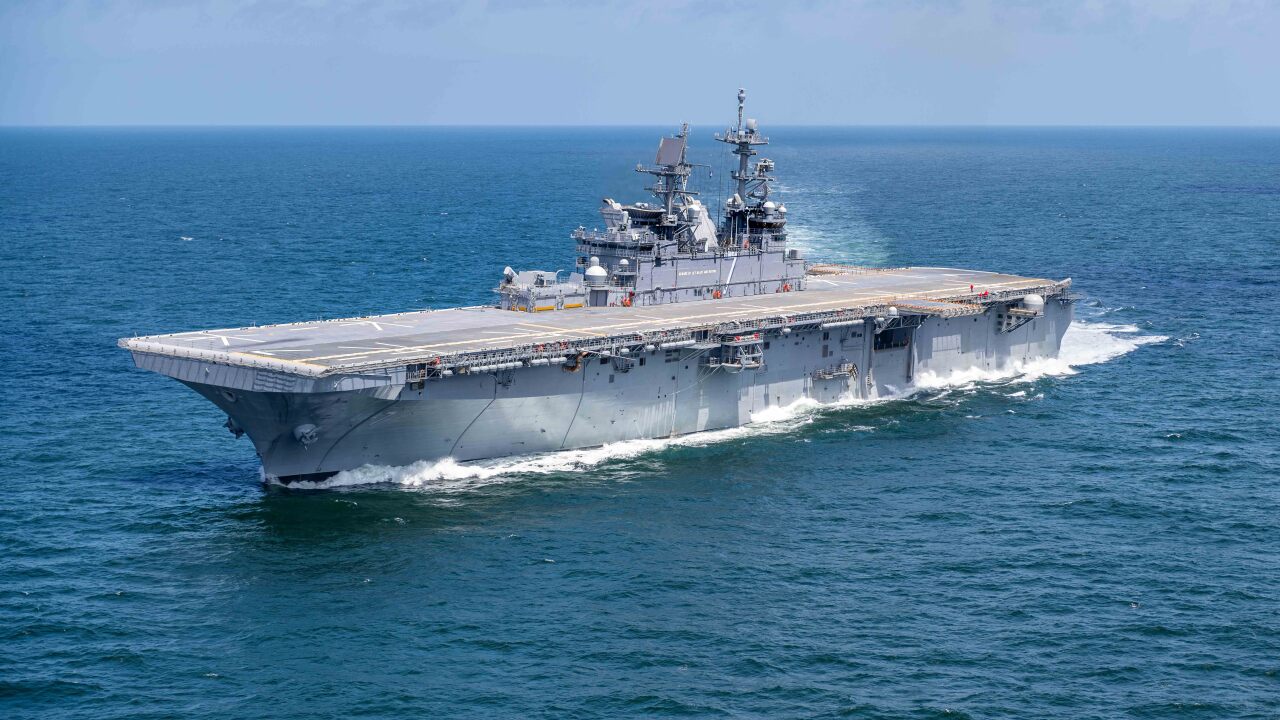 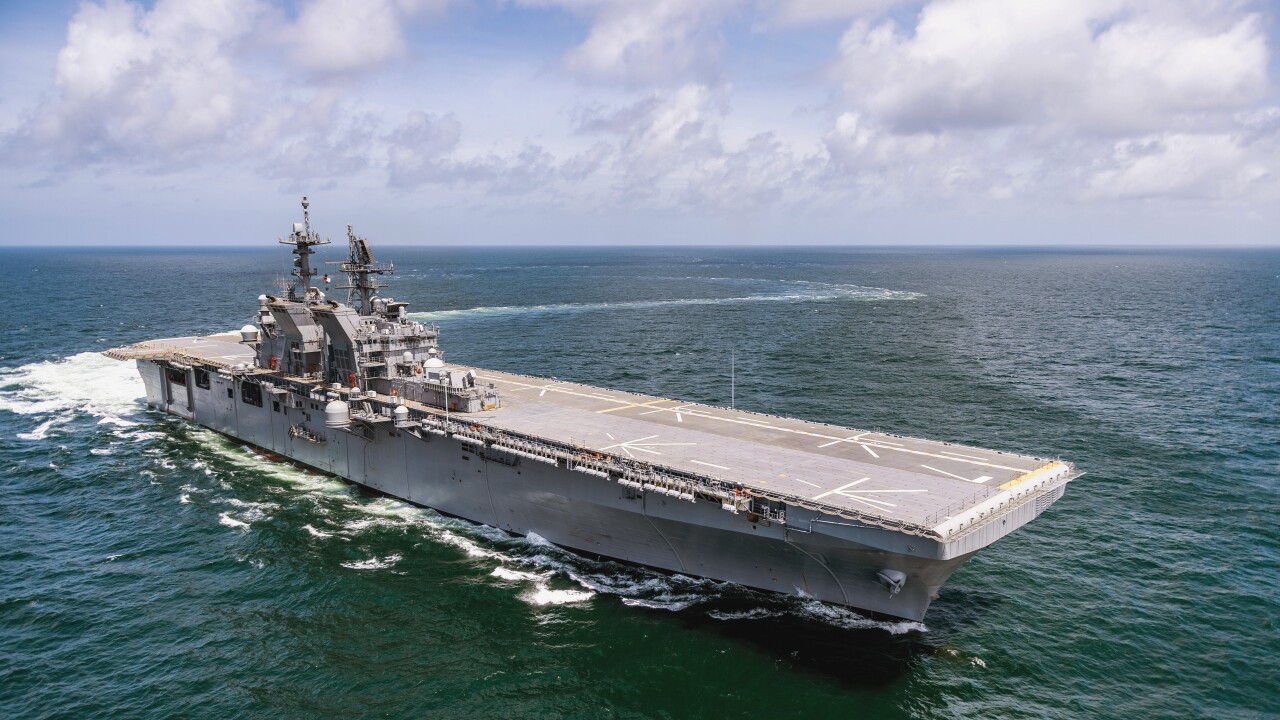 The USS Tripoli (LHA 7) was commissioned administratively at the shipyard where it was built and transitioned to normal operations.

Ordinarily, a commissioning for a ship as large as the Tripoli is a grand affair, but the ongoing COVID-19 pandemic has curtailed that, forcing the Navy to cancel the public commissioning ceremony for health and safety reasons.

The Navy says the Tripoli has an enlarged hangar deck, expanded and realigned aviation maintenance facilities, and increased aviation fuel capacity all to provide a "more aviation-centric platform."

It is the first LHA replacement ship that joins the fleet ready to support the F-35B, the Marine Corps variant of the Joint Strike Fighter.

"This ship will extend the maneuverability and lethality of our fleet to confront the many challenges of a complex world, from maintaining the sea lanes to countering instability to maintaining our edge in this era of renewed great power competition," Secretary of the Navy Kenneth Braithwaite said in a statement.

The low-key commissioning of the Tripoli comes as the Navy continues to battle a large fire on an older amphibious assault ship, the USS Bonhomme Richard in San Diego.

It is the third Navy ship to be bear the name which honors the Marines and soldiers who captured Derna, Libya during the 1805 Battle of Derna.