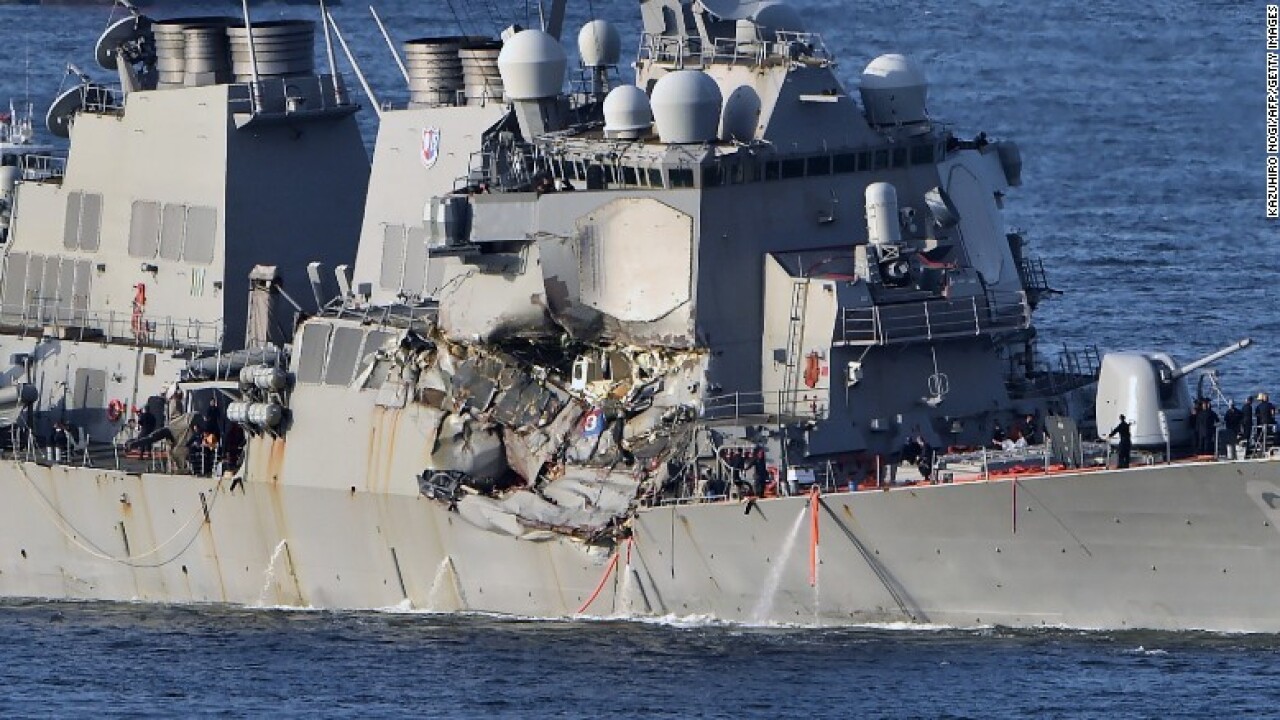 The Fitzgerald (DDG 62) collided with the ACX Crystal off the coast of Japan on June 17, 2017. Seven Sailors were killed in the collision, including Petty Officer 1st Class Gary Rehm Jr. who lived in Hampton.

An investigation by the NTSB found the Navy at fault, putting blame on the Fitzgerald's bridge team for failing to take action to avoid the collision.

The report also blames ineffective communication among the Fitzgerald crew and insufficient planning for hazards by the commanding officer as contributing factors for the collision.

Other safety issues identified by the NTSB include insufficient training, crew fatigue, and insufficient oversight by the Navy.

The NTSB has issued a total of four safety recommendations as a result of their investigation.

Three are aimed at the Navy and one is aimed at Sea Quest Management Inc., the operator of the ACX Crystal.

Two of the Navy recommendations involve a review and revision of training and qualification requirements for officers of the deck with collision regulations and bridge resource management.

The third Navy recommendation asks the Navy to broadcast automatic identification system information near commercial vessel traffic at all times, unless it would compromise tactical situations.

You can read the full NTSB report here.

Over the summer, the Fitzgerald returned to its new homeport of San Diego after years of repairs at Huntington Ingalls Industries - Ingalls Shipbuilding's Pascagoula shipyard in Mississippi.