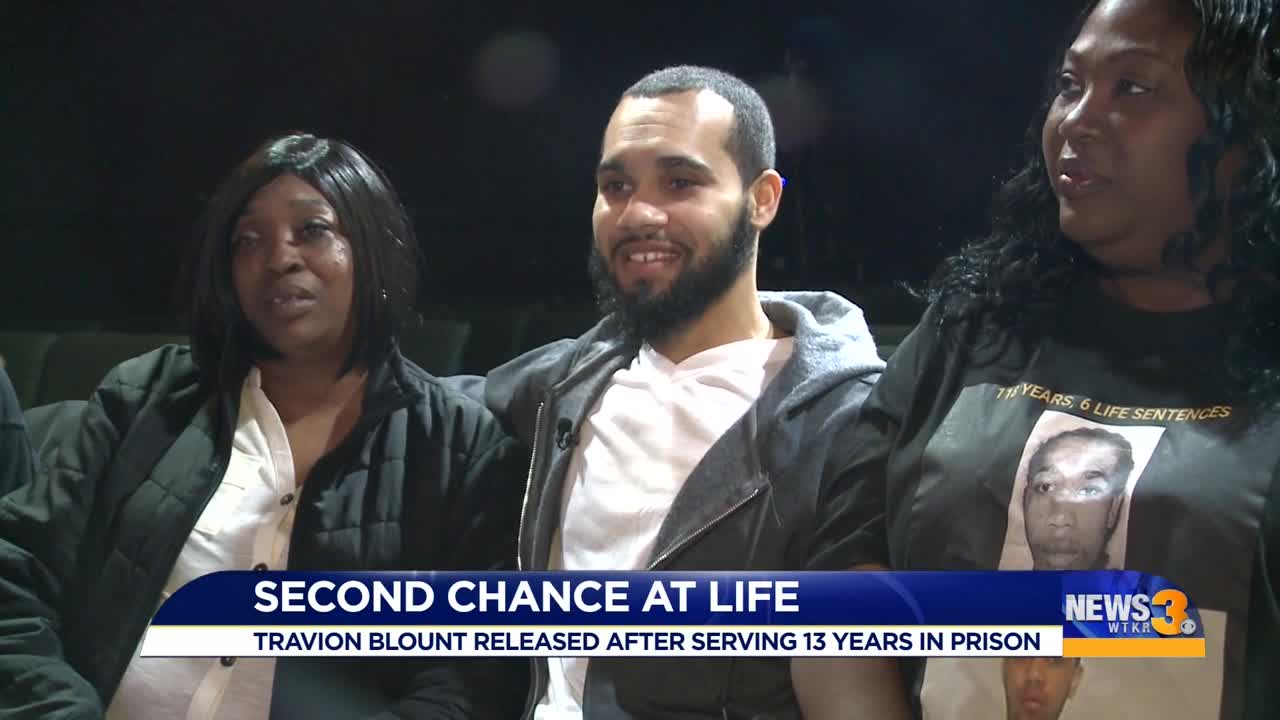 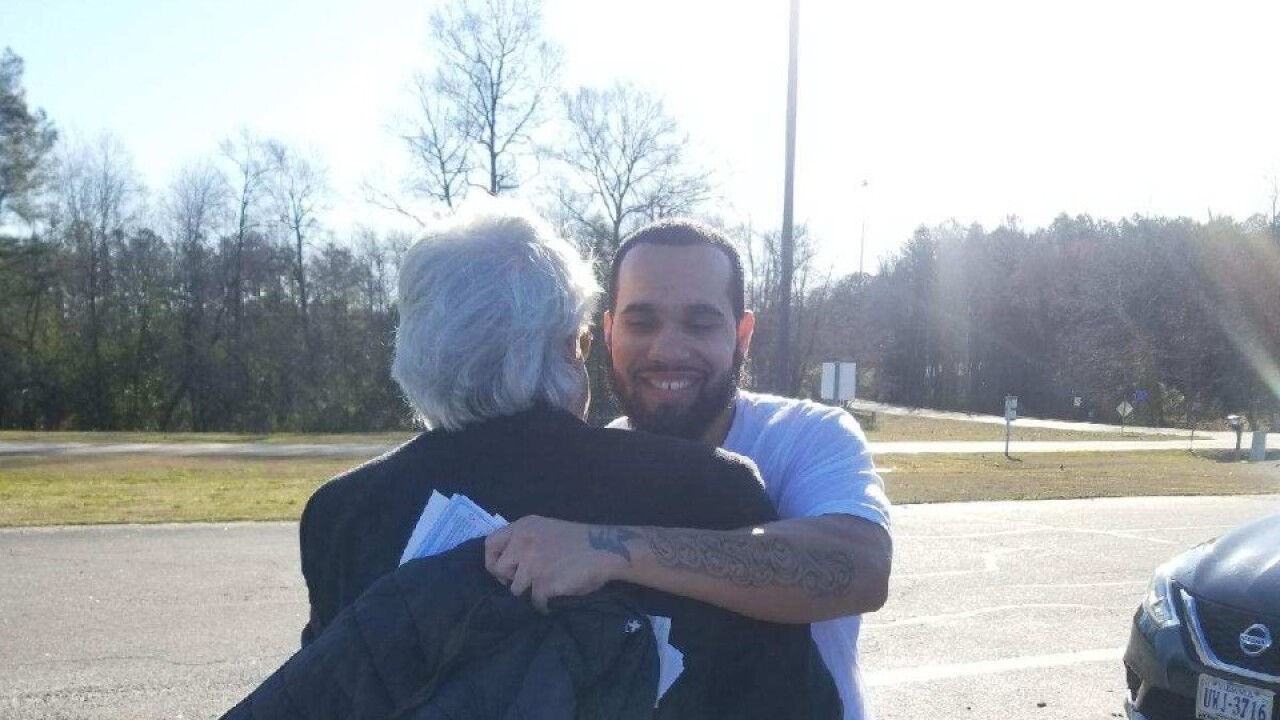 NORFOLK, Va. - Every day for 13 years, Travion Blount has fought for his freedom. On Thursday, that freedom became a reality - but it wasn't an easy road.

When he was 15 years old, Blount and two of his friends, both 18, robbed a house party at gunpoint. His attorney, John Coggeshall says they stole $75, some marijuana and two cellphones.

No one was seriously injured, but all three were arrested. The two men took plea deals and were sentenced to 10 and 13 years behind bars.

Blount was also offered a plea deal, but against the advice of Coggeshall, he turned it down and took the case to trial. He was convicted and sentenced to six consecutive life sentences and 118 years.

His sentence received much pushback, being called “excessive” and “unjust.”

On Wednesday night, Blount and the rest of his family learned that he would finally be released on Thursday morning. Blount is calling it a second chance at life and a chance to be there for his now-teenage daughters.

After years apart, his mother Angela says, "I'm just happy that my son is home and safe. He can be with his family, his daughters."

Blount wants to now be an advocate for other young men and focus on the next steps ahead.

He says he's going to focus on "getting my life together [...] taking it one day at a time, figuring me out as a man."

Now that he is released and back home in Norfolk, he will live with his legal advocate, Monique Santiago. She says she has lined up a part-time job for him and he will be taking classes and mental counseling.