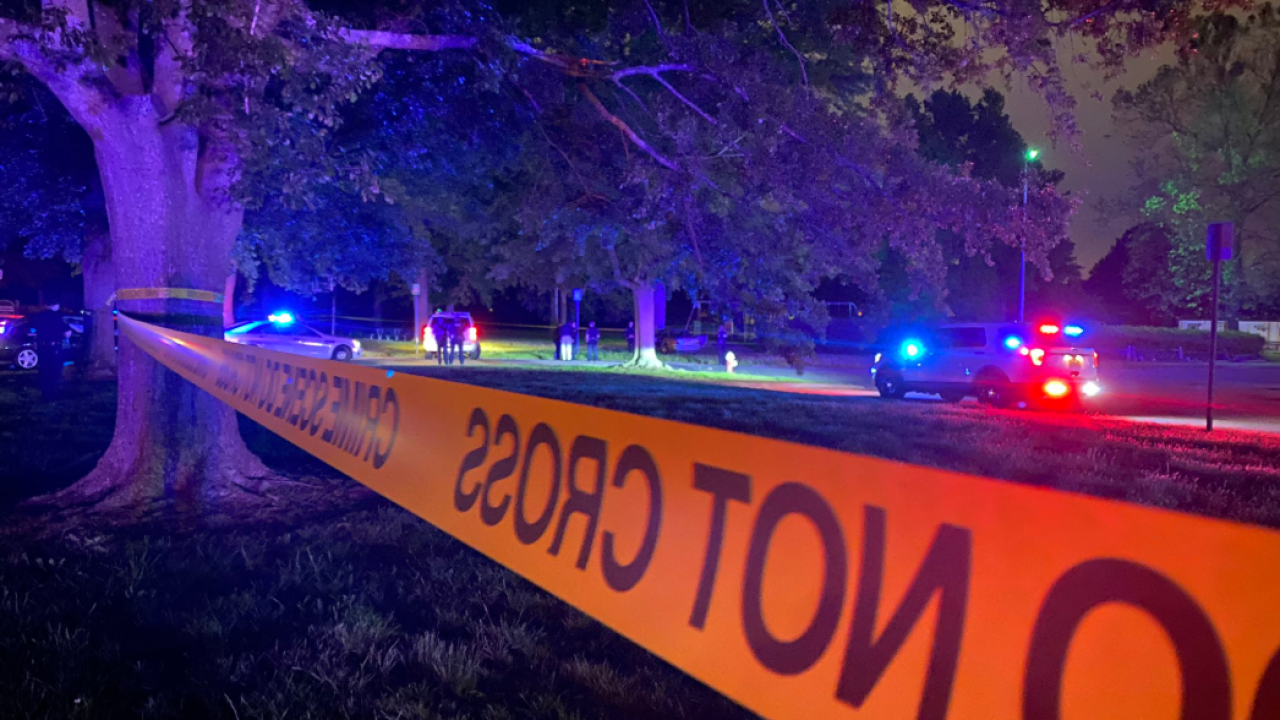 Photo of crime scene after 19-year-old Ricky Devon Brooks Jr., was found dead inside a vehicle, according to police.

HAMPTON, Va. - The City of Hampton held a press conference on Monday to discuss recent violence that has took place in the city and how they will respond.

During the briefing, officials stated that seven shootings and two homicides have taken place within six days in the city.

Police stated that they are tracking a higher rate in violent crime as compared to last year and that there is a direct impact from unemployment and people being home during the pandemic.

The violent incidents tend to be sporadic and personal in nature, not at random. Hampton officials are working with Newport News Police since some of the homicide victims are citizens of Newport News.

News 3 has information on several of those homicides and shooting.

A man was charged over the weekend in relation to a homicide investigation in the 2000 block of Richard Avenue.

On May 7, a victim involved in a separate shooting told police he was jogging in Hampton when an unknown individual fired shots, striking him. Another shooting took place on May 7, where police found an 18-year-old male who had been struck by gunfire.

And on May 5, Hampton Police began to investigate a homicide where a man was found dead inside a vehicle.

On May 4, officials received a call in reference to shots fired in the area of Nickerson Boulevard and Glascow Way. While officers were investigating, a 17-year-old female victim who had been struck by gunfire walked into a local hospital with non-life threatening injuries.