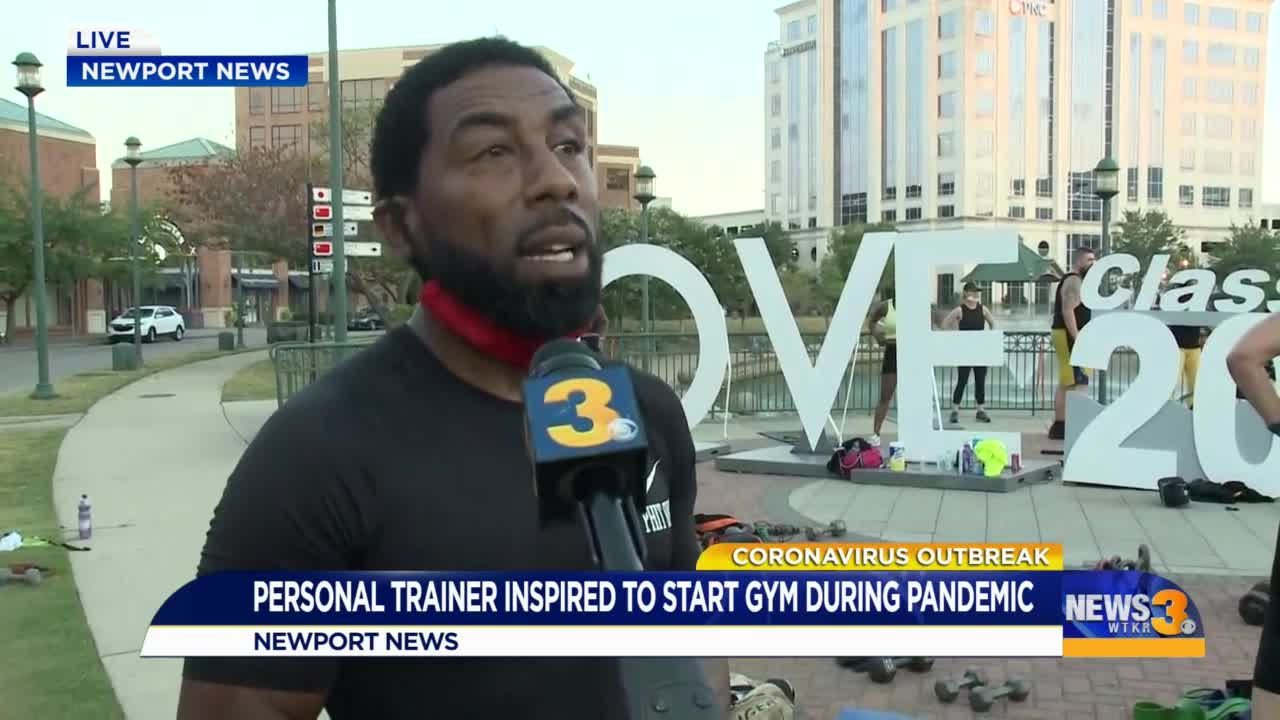 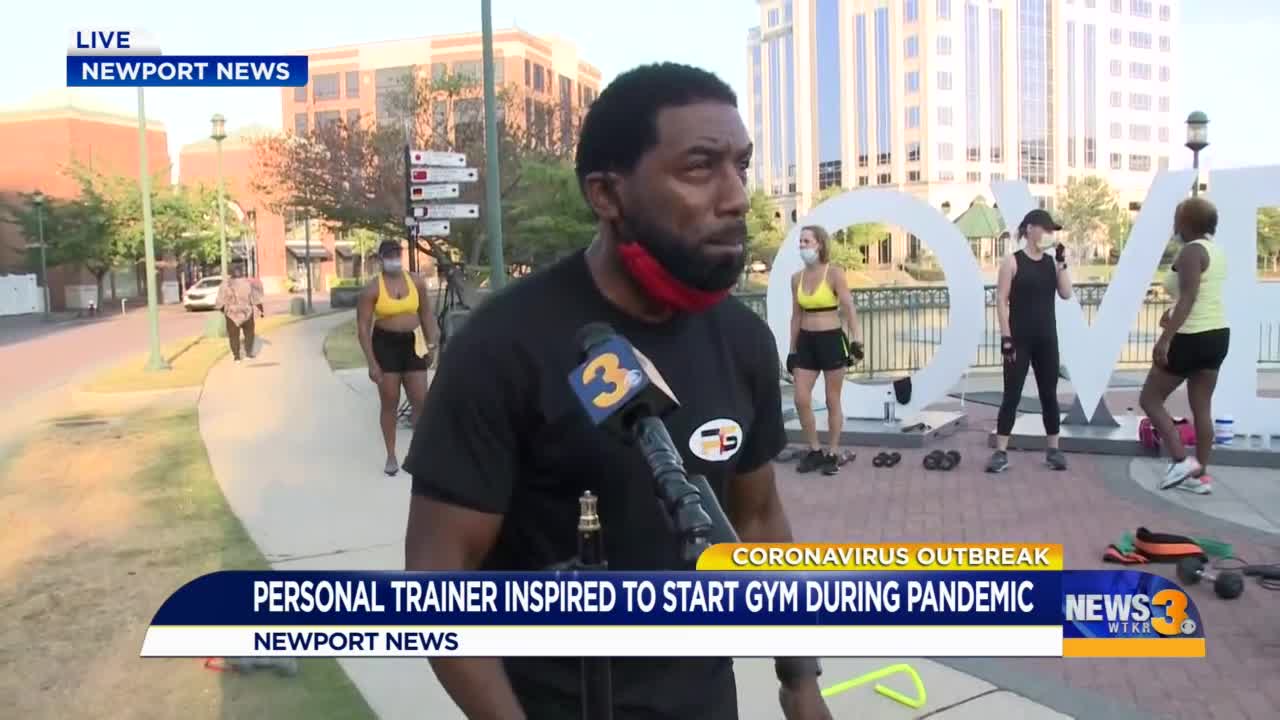 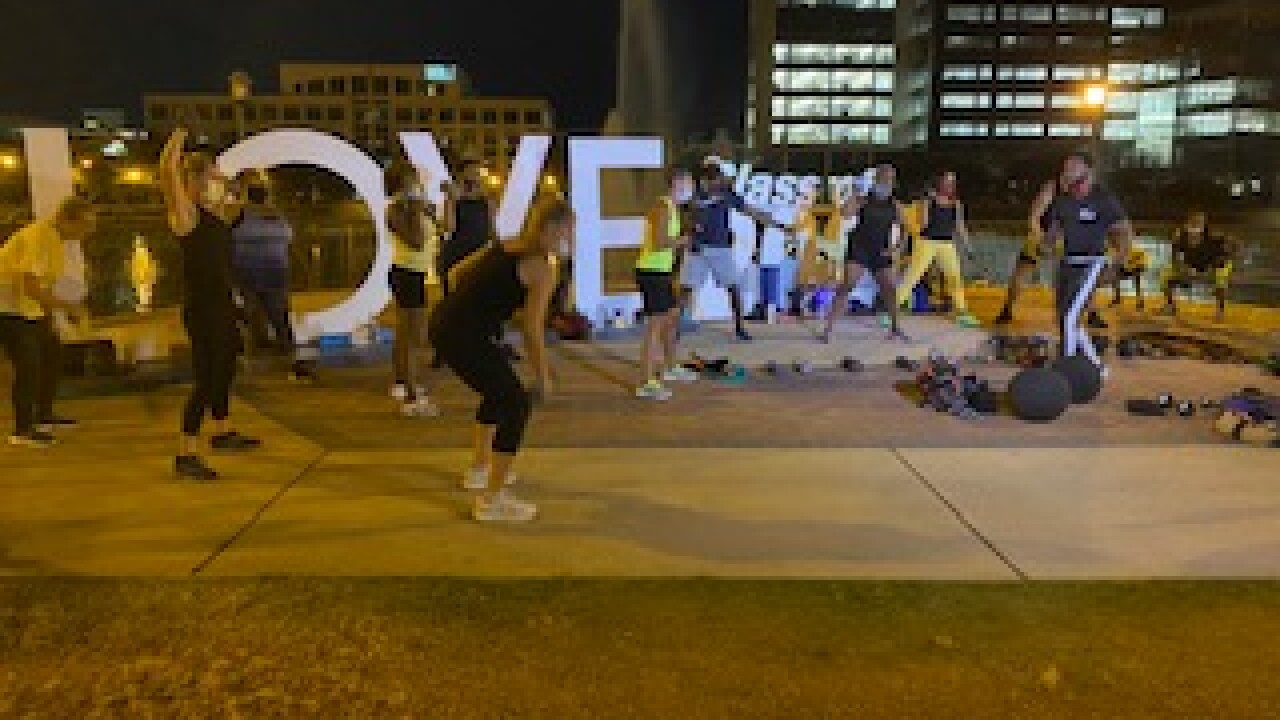 It might sound like a crazy idea, but for personal trainer Kim Reaves and his wife, Melinda, this was the perfect time.

"My wife insisted on us launching our business and birthing our vision, a personal training studio, PHIT Shop," said Reaves. "She said it was now or never."

Reaves was a personal trainer for another local gym, but when COVID-19 restrictions hit, he says he was out of work so he decided to branch out with his family.

Melinda Reaves owns PHIT Shop and Kim is the face. Their son, Melkim, is the Fitness Director.

"It's a dream," Melkin Reaves told News 3 about working with his family.

But the pandemic hasn't just been a catalyst for this family, it's also made opening their own studio space difficult.

PHIT Shop at 445 Oriana Road isn't finished yet because of delays.

"The building is not ready. It's not ready for us to go in and train," said Melinda Reaves.

In the meantime, Kim has set up shop every morning next to the fountain at City Center at Oyster Point.

"Conducting group exercise, training, trying to build clientele and market myself and the business," said Reaves.

Some of those who train with Reaves are his clients, others are people that he's met while training at the fountain.

Greg Kalicy, a physicist for Jefferson Labs, says he's been training with Reaves for six years and has dropped 200 pounds.

"The mood, the atmosphere, the energy he brings, the creativity. I'm with him six years and every day he's coming up with something else. It's amazing," he said.

Melinda Reaves tells News 3 she is hoping to open the studio space sometime in August, but the pandemic will play a role in deciding exactly when this family's dream becomes reality.