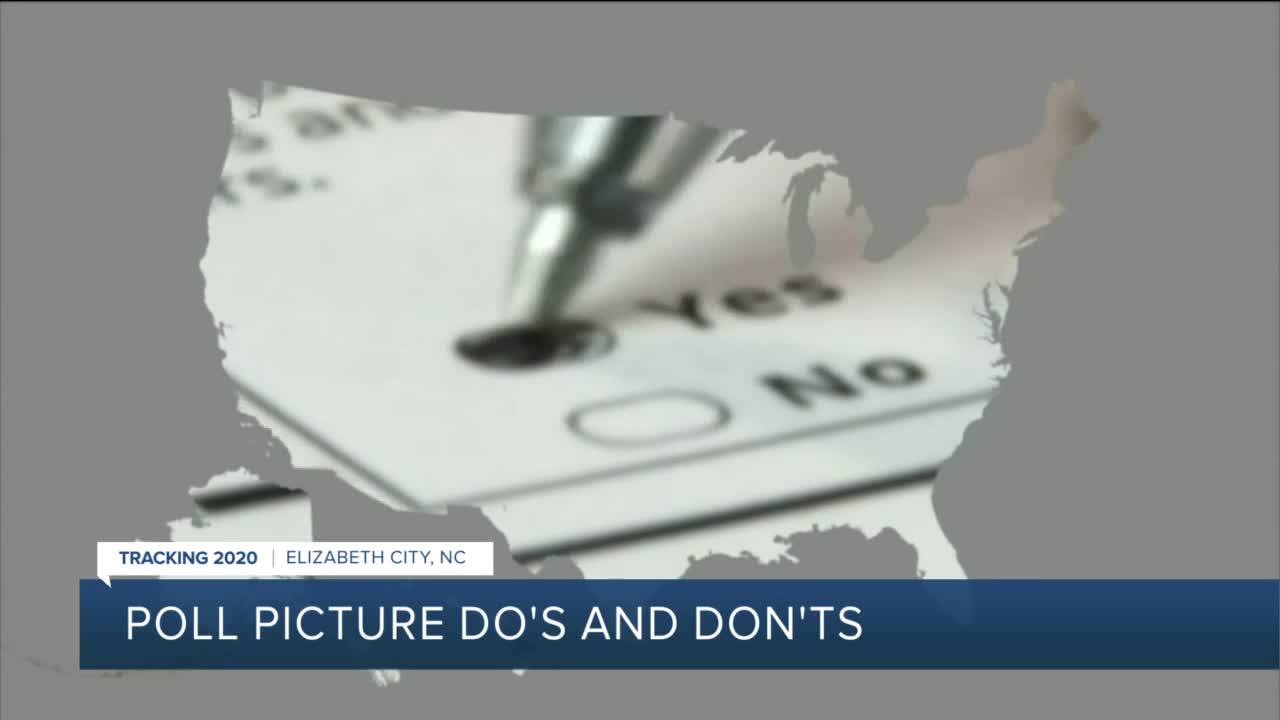 ELIZABETH CITY, N.C. - As you scroll and tap on social media, people are sharing their voting pictures and videos.

This proud mother stumbled upon her son’s “I voted” pen on Facebook. “It just makes me feel good when I see people voting,” Avalos added.

Victoria Avalos says sharing pictures at the polls can be motivating.

“Seeing it on social media I think it really moved people to want to vote,” she adds.

But, if you’re voting in North Carolina, election leaders want you to aware of the phone rules before you snap a photo.

“You can use them to pull up a sample ballot or to research candidates but that’s pretty much where it stops,” said Emma Tate, the director of elections for Pasquotank County.

Voters are also prohibited from taking a marked “ballot selfie.”

The state law says "no person shall photograph, videotape, or otherwise record the image of a voted official ballot."

North Carolina is not alone, these photos are also against the law in almost a dozen other states.

“You get into some sticky situations of that people call ’vote batting’ with taking pictures of their ballot,” said Tate.

Tate says before you take a picture - be mindful of other voters nearby.

“I’ve had some parents who want to pictures of their children voting for the first time, you have to be careful when you are documenting that,” Tate adds.

In the state of North Carolina they do not pass out the ‘I voted’ stickers but they do give pens out.

Election leaders say to play it safe wait till you step outside of the polling location before you snap your picture.

Avalos says she will be uploading her election picture very soon.

“I’m still going to take a picture of my pen and I’m going to post it on my timeline because, I voted.”

For more information on phone usage at the polls click here.

Click here for your full guide to the 2020 elections.