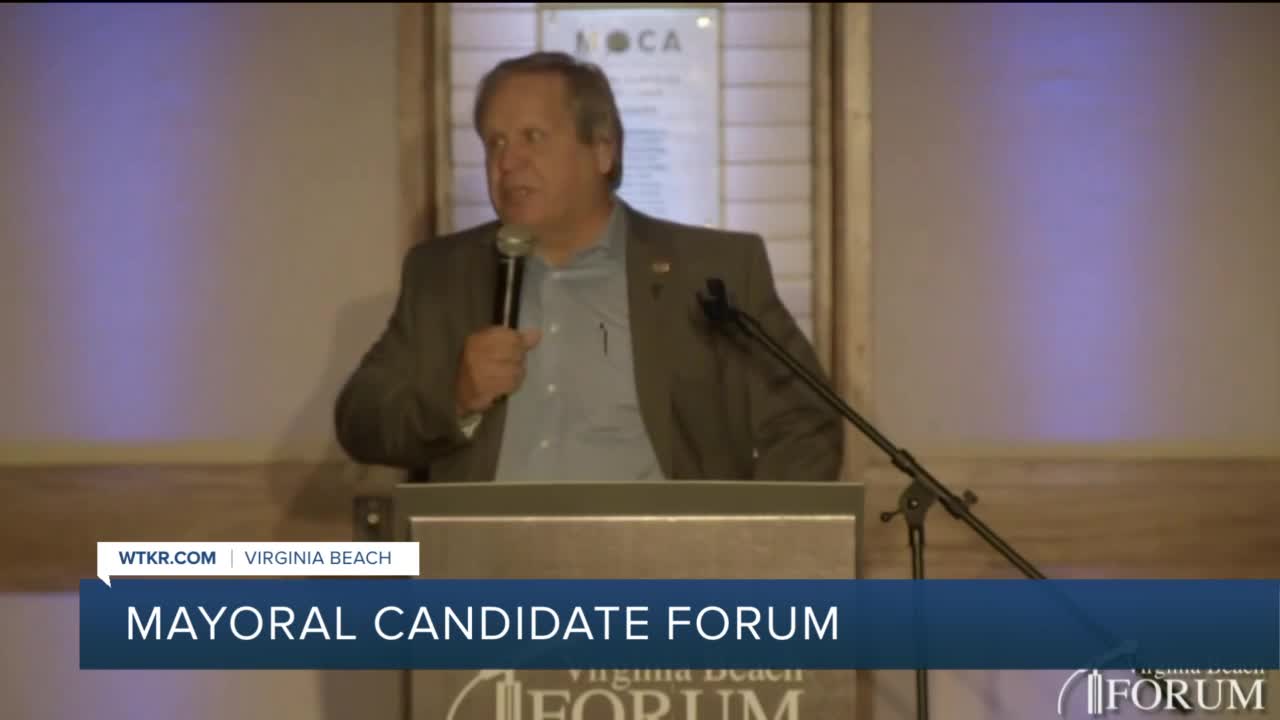 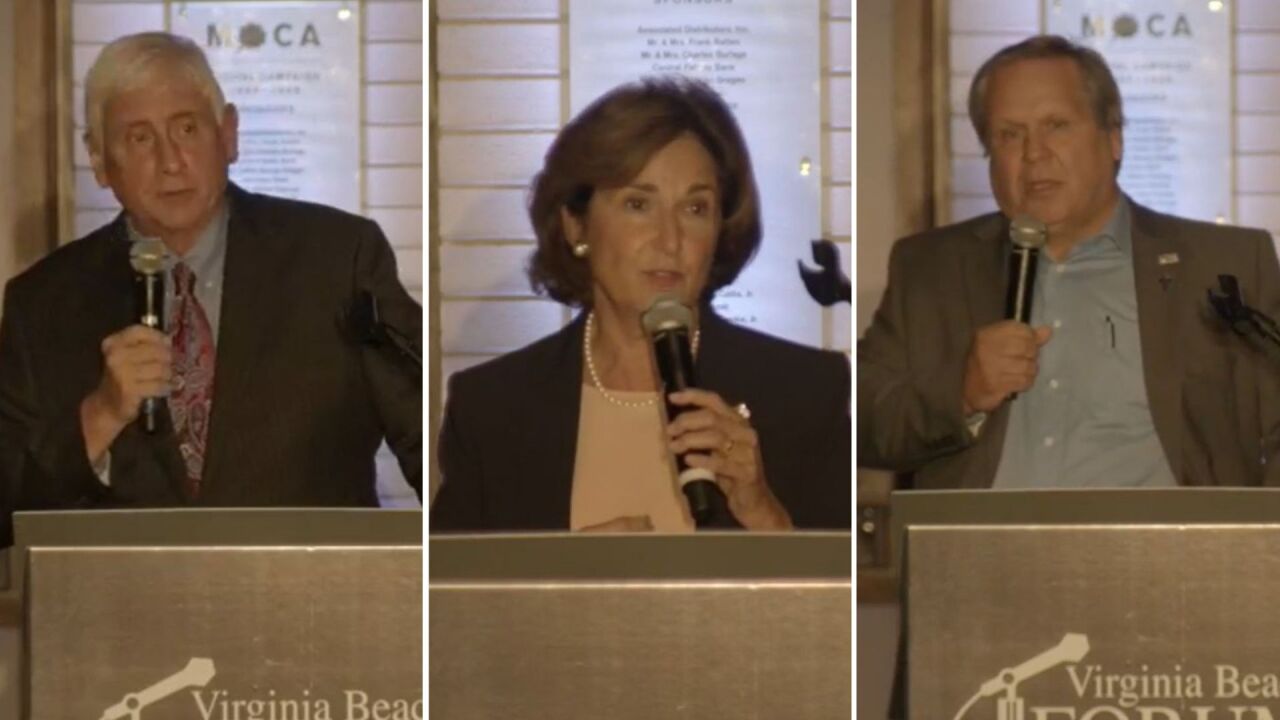 VIRGINIA BEACH, Va. - The presidential race is grabbing a lot of the attention in this year's election, but local voters have a lot of other decisions to make too.

Another big decision on the ballot for 2020 - the race for Virginia Beach mayor.

Voters can either stick with Bobby Dyer as mayor or go with one of the other two candidates: Jody Wagner or Richard Kowalewitch.

All three appeared at the Museum of Contemporary Art for an event hosted by an organization called 'Virginia Beach Forum' on Thursday night.

One at a time, candidates came onto the stage, received 90 seconds for an opening statement and then were asked the same eight questions.

Topics covered included everything from more local issues to national topics like race relations and COVID-19.

"If you recall, we were the first ones to get our beaches open. I cannot think what would have happened if we were not able to be open on Memorial Day, but we were able to get them open, and I was able to talk to the governor. Look, we have to protect the elderly and the medically frail, but think about the consequences depression, suicide, alcoholism increases in drugs, and domestic violence was skyrocketing so we had to open, and we had to open safely," said Mayor Bobby Dyer.

Candidate Wagner spoke on restaurants amid the pandemic and the importance of supporting their 'restart'.

"When we finally have a vaccine, and it's finally safe to go back to a restaurant, these restaurant owners are going to want to restart, and we need to make sure make sure it's not our fault they're waiting six months to a year to restart. We need to let them have their livelihood back, and let them get going quickly so we've got a lot of work to do as a city," declared Wagner.

Businessman Kowalewitch is the third candidate in the race, and he says the city may need to use some rainy day money to help businesses struggling during the pandemic, and he’ll be out there leading from the front if elected.