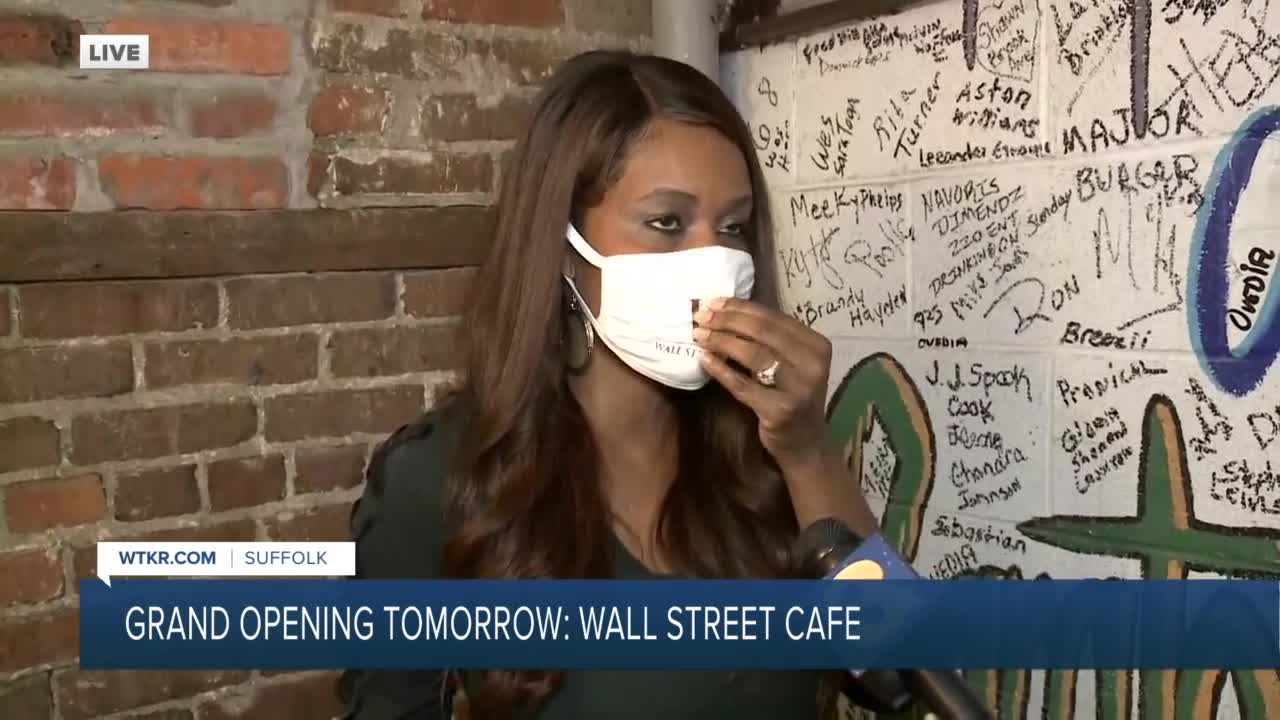 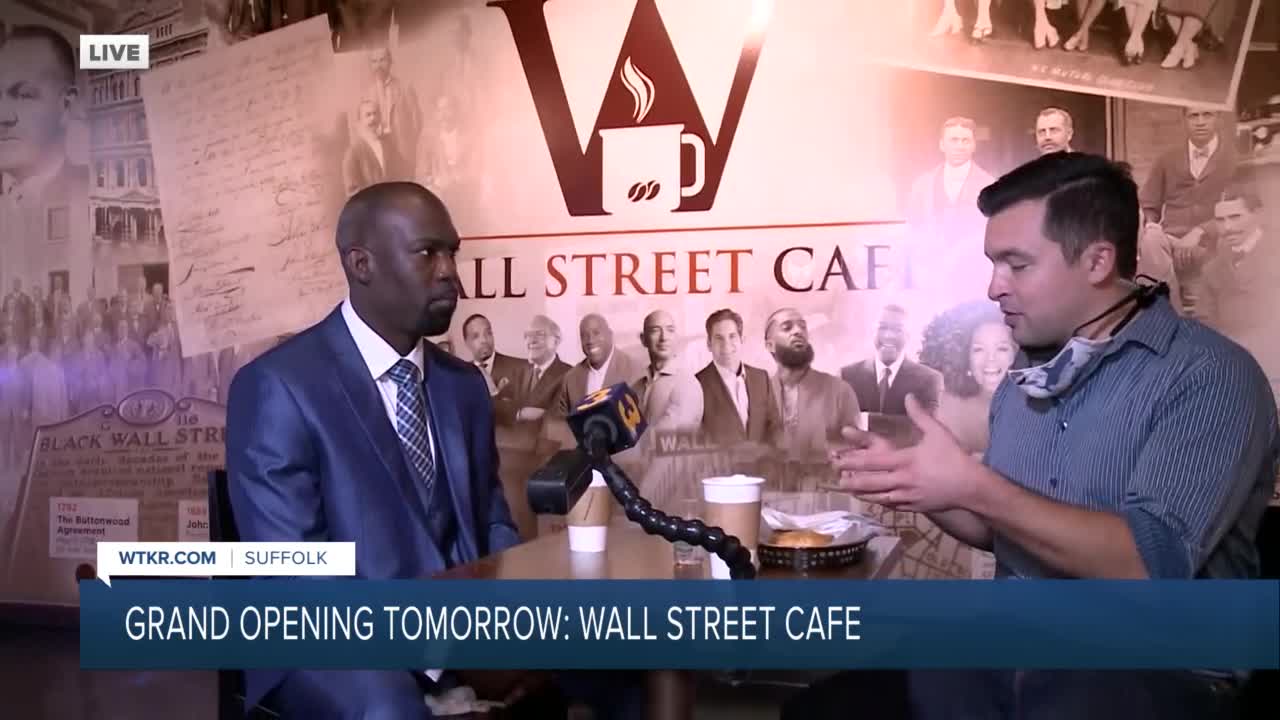 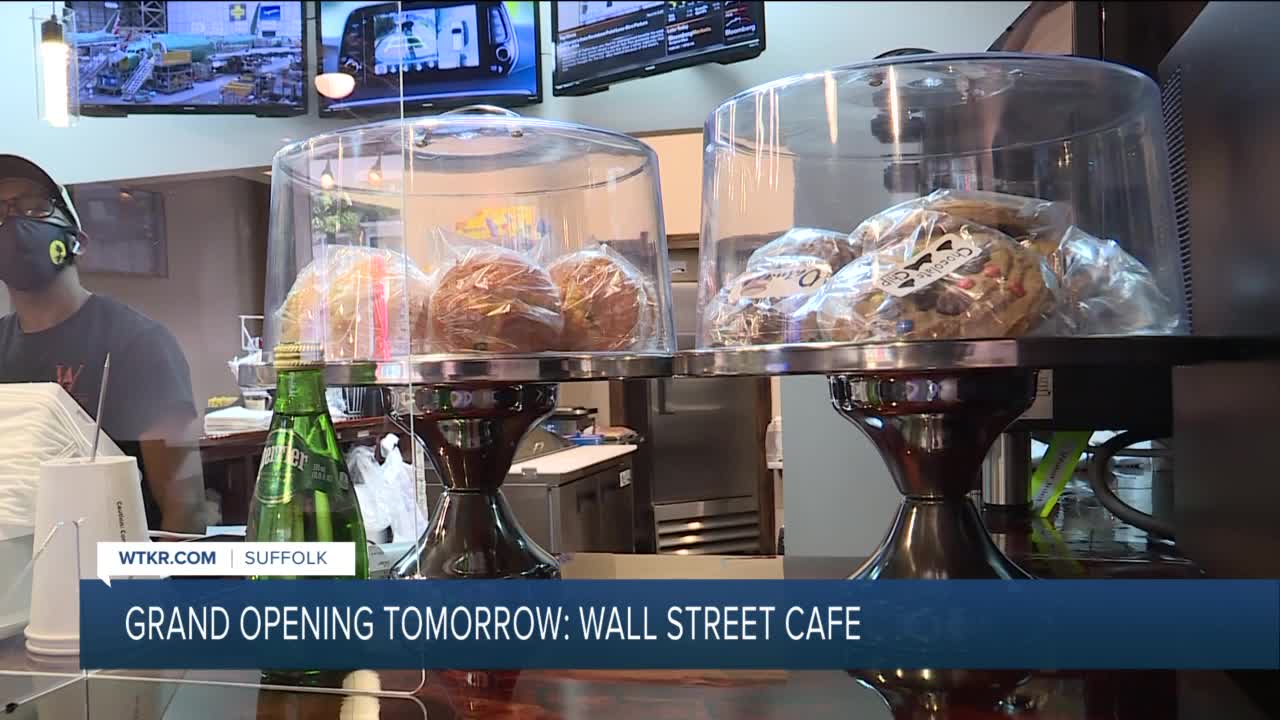 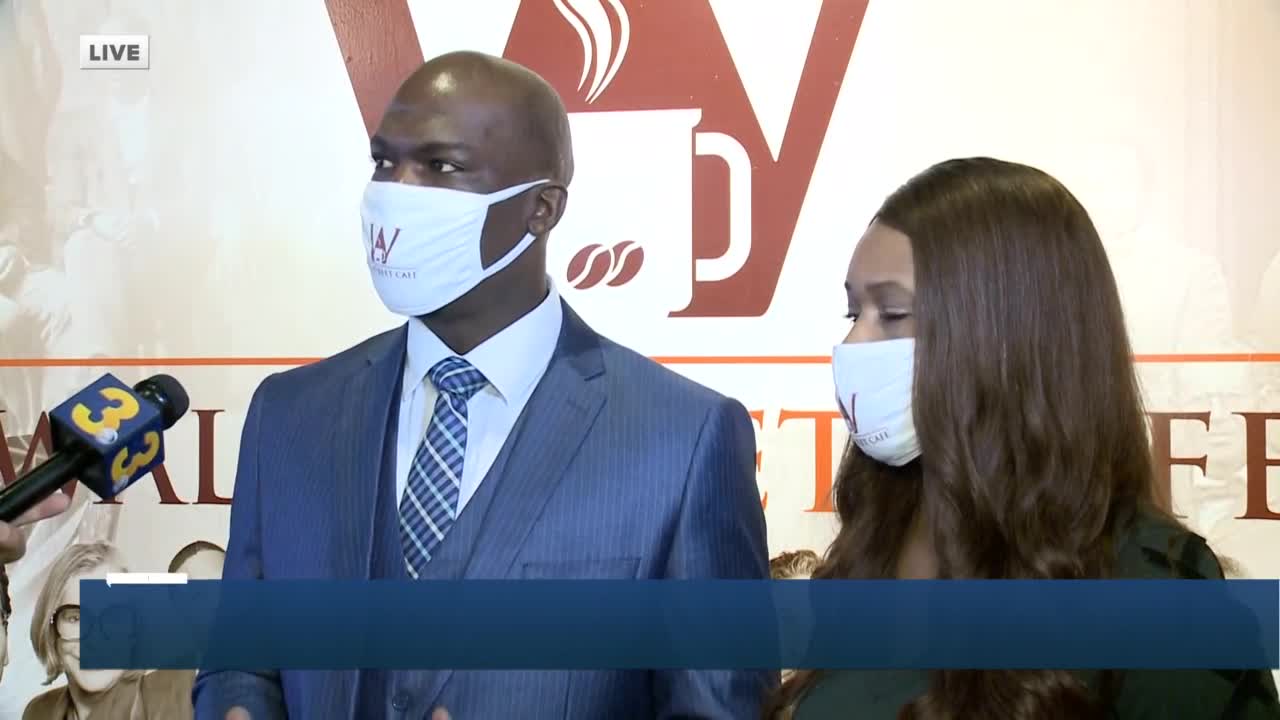 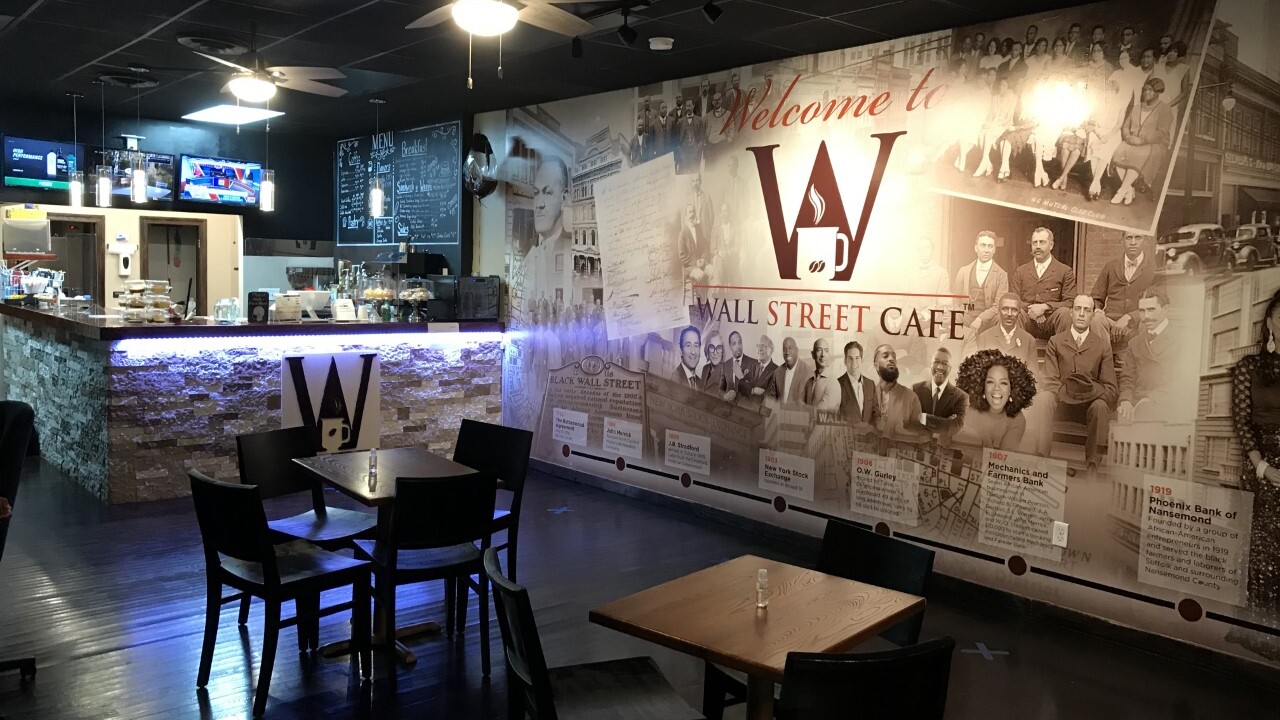 SUFFOLK, Va. - Suffolk's newest cafe is serving a little knowledge with every cup of coffee.

Following a soft opening earlier this month, the grand opening for Wall Street Cafe on Washington Street is Saturday, October 24.

Area real estate brokers Domenick Epps and Danita Hayes are behind the new business, and want customers to leave having had a delicious coffee or sandwich, yes, but also something more.

It starts with the name.

A mural inside Wall Street Cafe honors the famous home of New York finance while also paying tribute to Black Wall Street -- a name given to prosperous black communities in Durham, North Carolina and Tulsa, Oklahoma's Greenwood District in the early 20th century.

The latter was destroyed in violent, racially-motivated attacks in 1921.

With that in mind, Epps, a Suffolk native, and Hayes, a Norfolk native, want their cafe to be a place where people can learn about investing, real estate and business.

The cafe has computers and TVs turned to various business and investment networks. There's a plan to offer classes in the near future.

"You come in on Monday's at 7 a.m. and get free [foreign exchange] training for those who are not familiar with what the forex market is. We also talk about stocks, of course real estate," said Epps.

You'll find the likeness of Epps and Hayes too and upstairs -- a nod to the Saratoga and Norview communities that helped them get to where they are today.

"I think that when black little girls see me they see 'you know what, I can be a business owner. I can own a real estate company, I can own a cafe'," said Hayes. "It just gives them hope that there's more out there for you and I'm happy and excited that God gave me the opportunity to be a vessel."

It hasn't been easy building a new business during the COVID-19 pandemic.

Epps tells News 3 the process started a year ago. He and Hayes received some help from the City of Suffolk in the form of a $15,000 economic development grant.

Now, they're ready to move forward with a new business aiming to bring people to Downtown Suffolk in search of a great cup of coffee, a new understanding of Black history and the knowledge to achieve financial success.