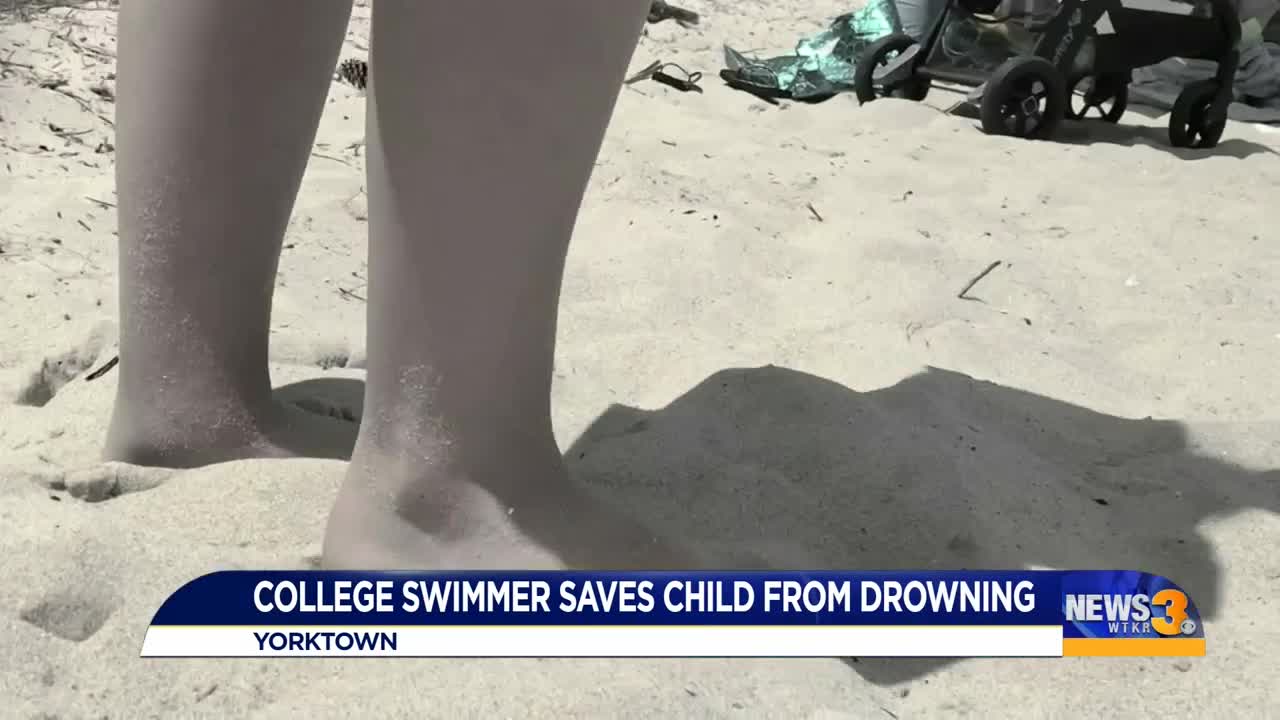 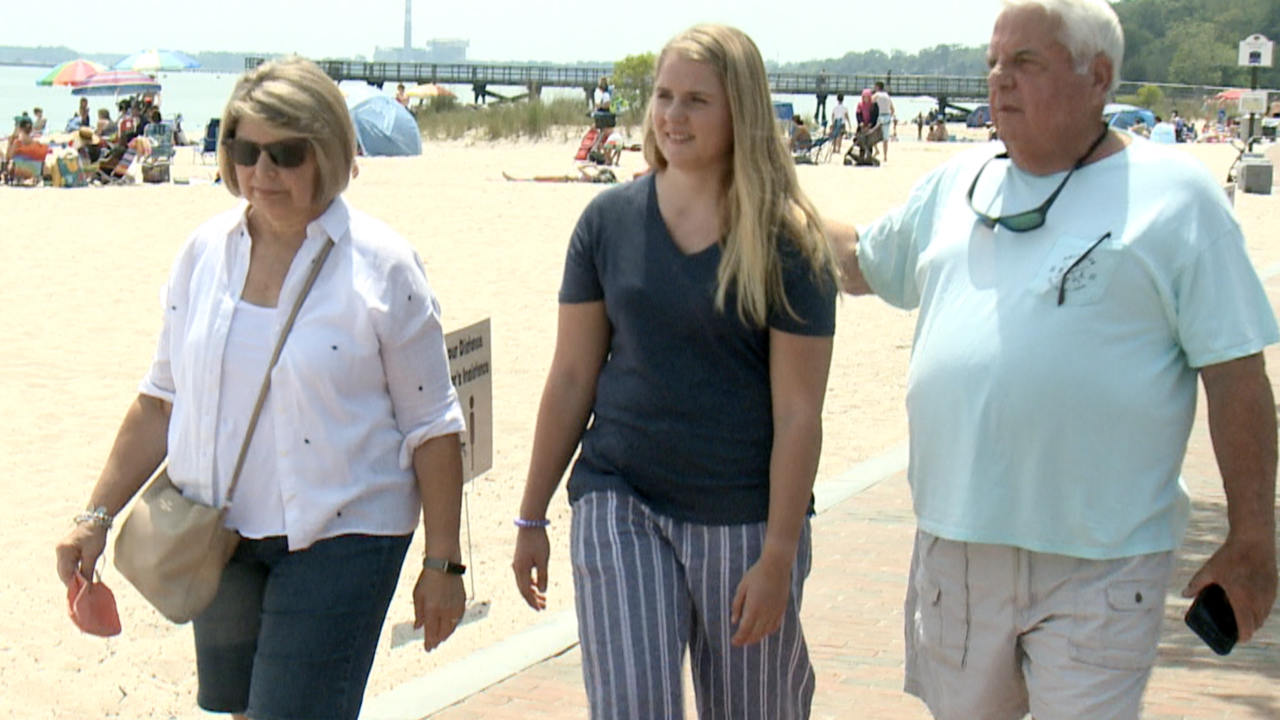 YORKTOWN, Va. -- Along the western section of Yorktown Beach, Alyssa DiMarino, a lifeguard and college swimmer, saved a 4-year-old child from drowning in the water on Wednesday, June 3. Her own experience as a lifeguard and a personal incident that hit close to her prompted her to act.

"I was sitting on the beach with my mom; we were just getting some sun, and we noticed this little boy in the water," DiMarino told News 3. "He kept on going under."

DiMarino, a swimmer at Longwood University and lifeguard at Water Country USA, did not hesitate to make sure a life-or-death situation did not turn tragic.

"I got the boy out of the water and brought him to the shore, and he was safe," she said. "The man who was there with him came to me and thanked me several times and checked on me to make sure I was okay."

The rescue left gashes on her feet and legs due to the rocks and shells in the water.

A similar incident happened to Alyssa when she was younger, according to her grandfather Nick DiMarino, where the outcome took the life of someone close to her.

"Alyssa's sister drowned when she was six," he said.

It was a moment that sparked her wanting to be a lifeguard, along with her passion for swimming.

"She's always there to help anybody that needs help," Nick said. "It makes your heart full and feel like you can't hold it anymore."

She was the only lifeguard at Yorktown Beach that Wednesday. The York-Poquoson Sheriff's Office told News 3 they patrol the beach, as there are no lifeguards. Sheriff's deputies were seen traversing the span of the beach.

"I've gone in several rescues before," Alyssa said. "They've mainly been in pools, but this is my first one at the beach."