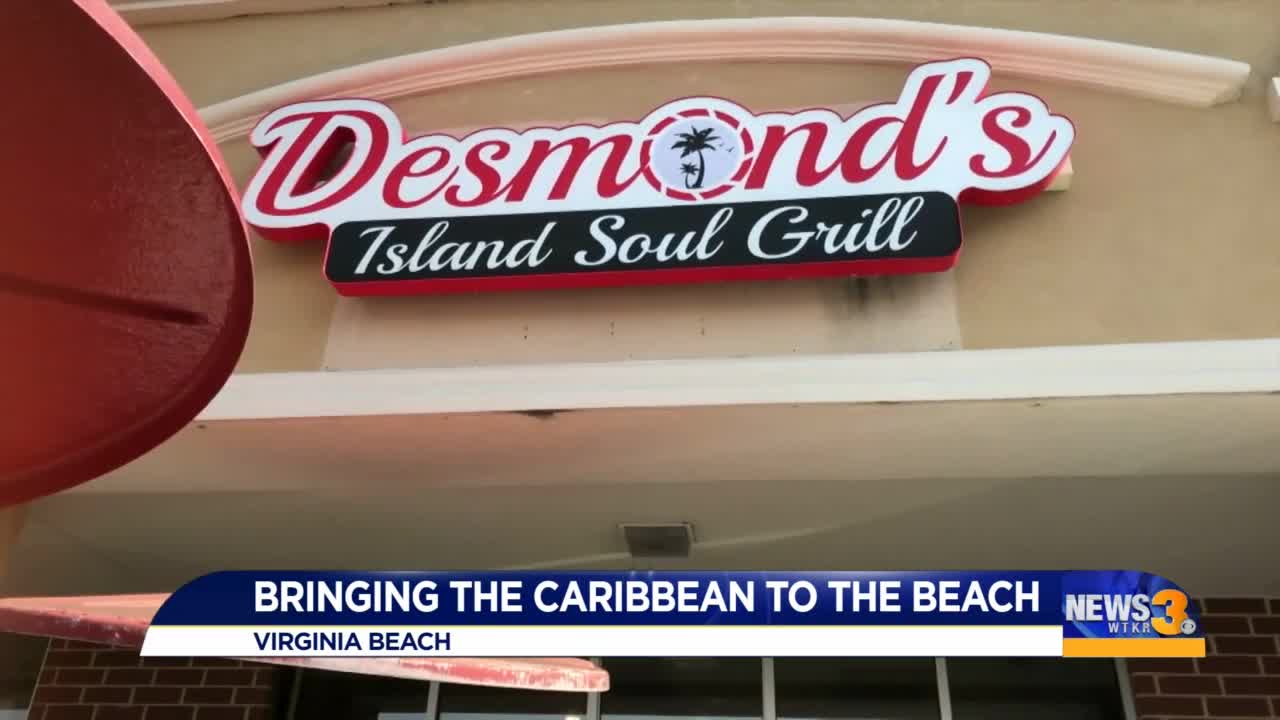 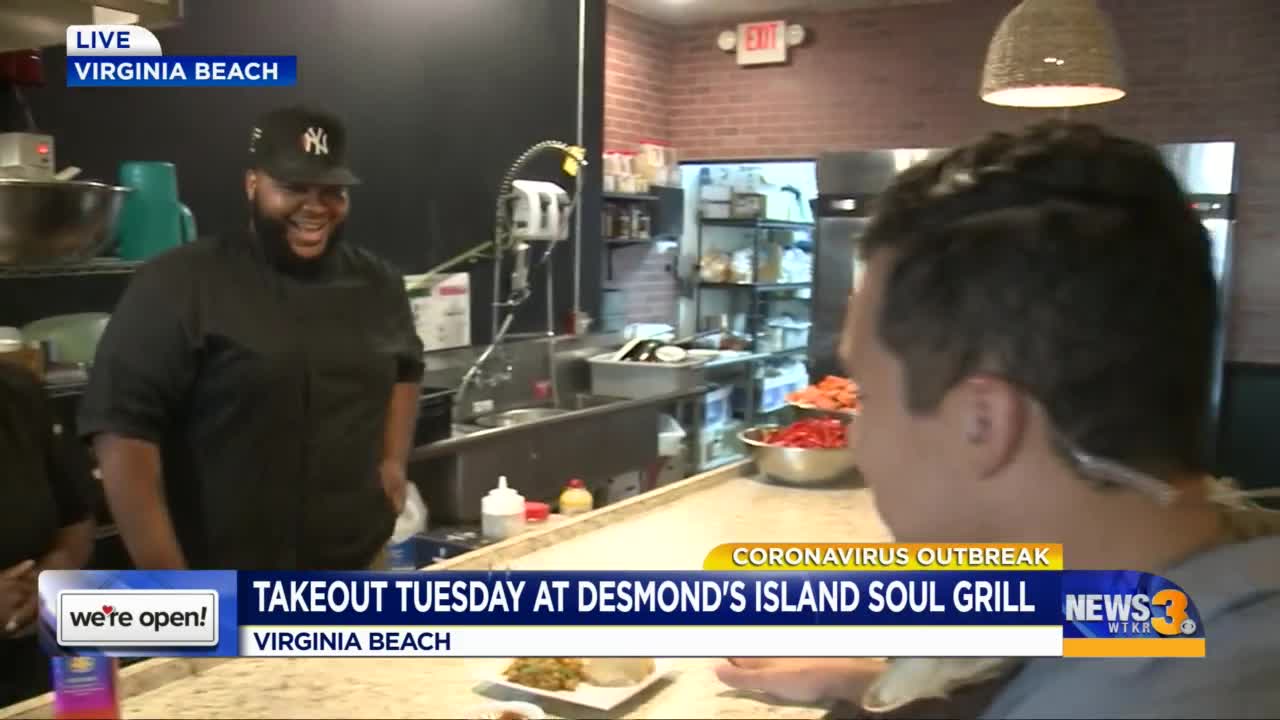 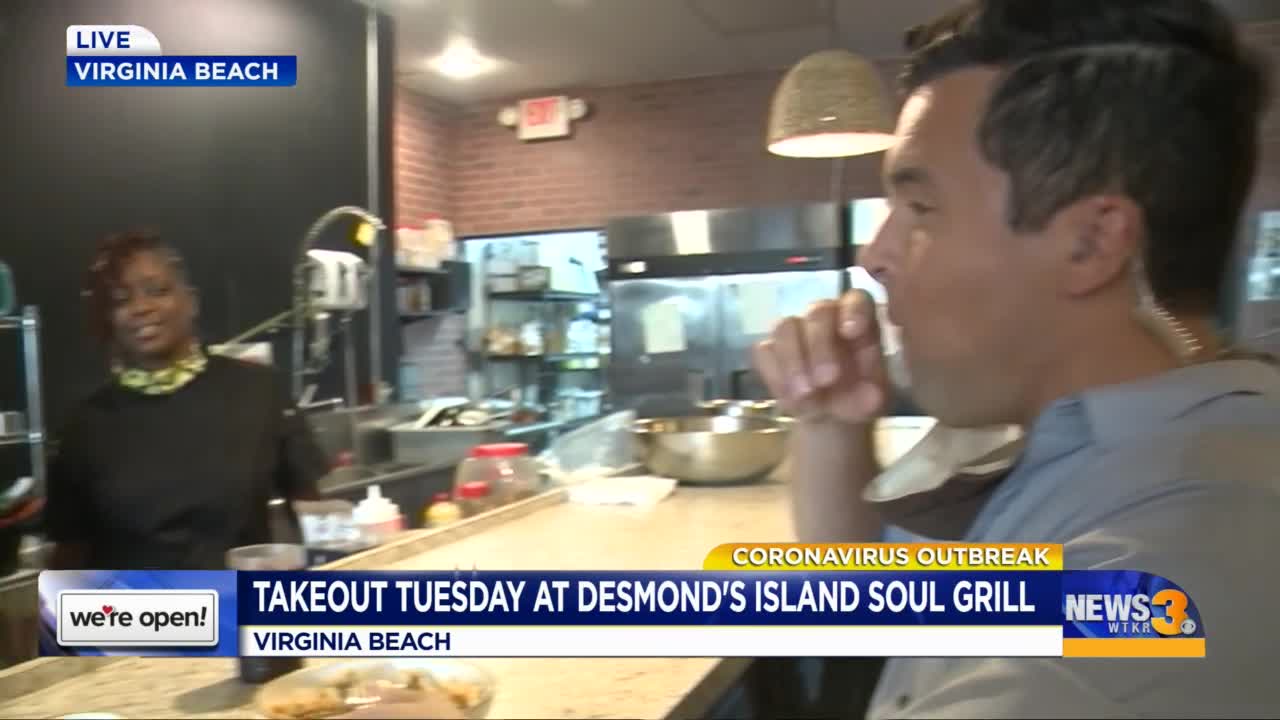 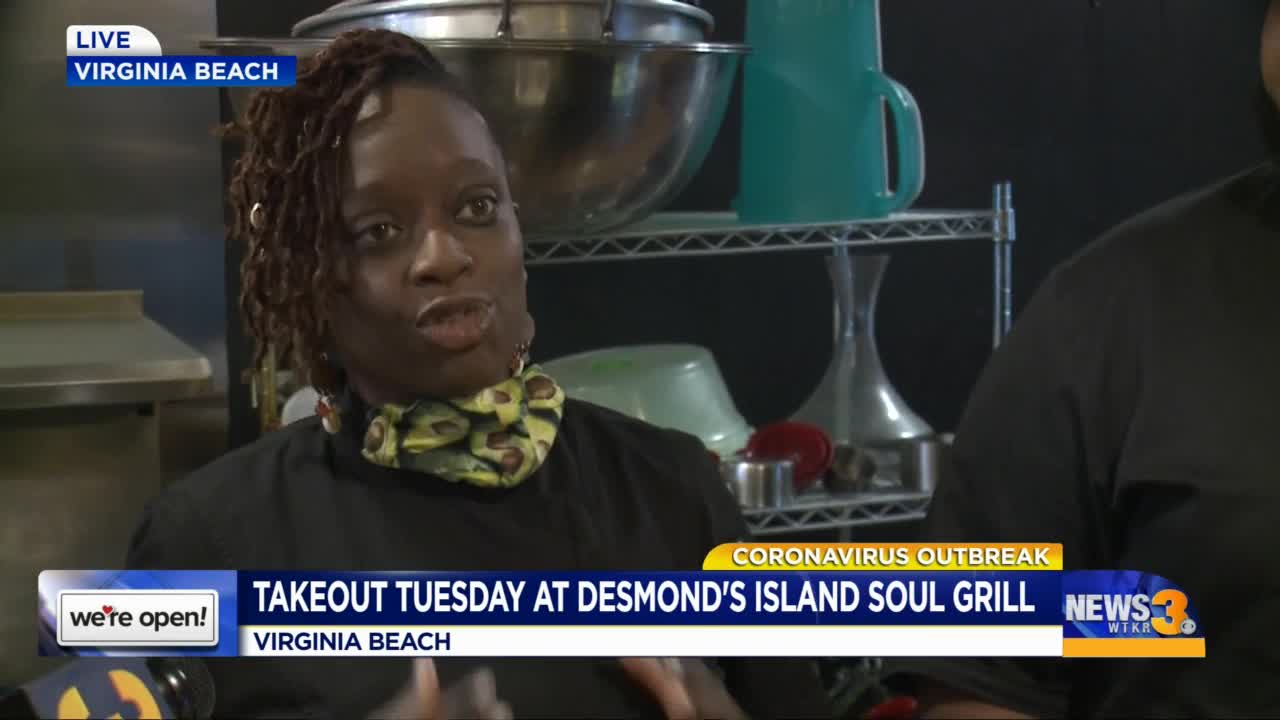 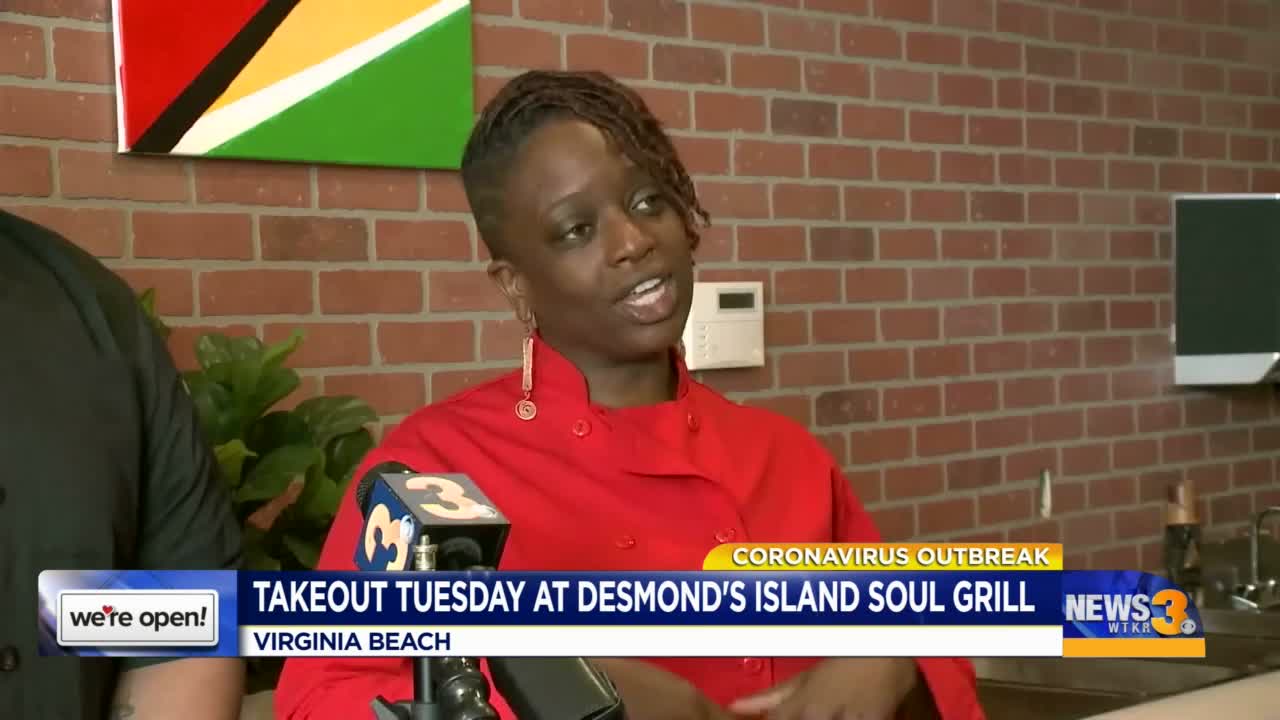 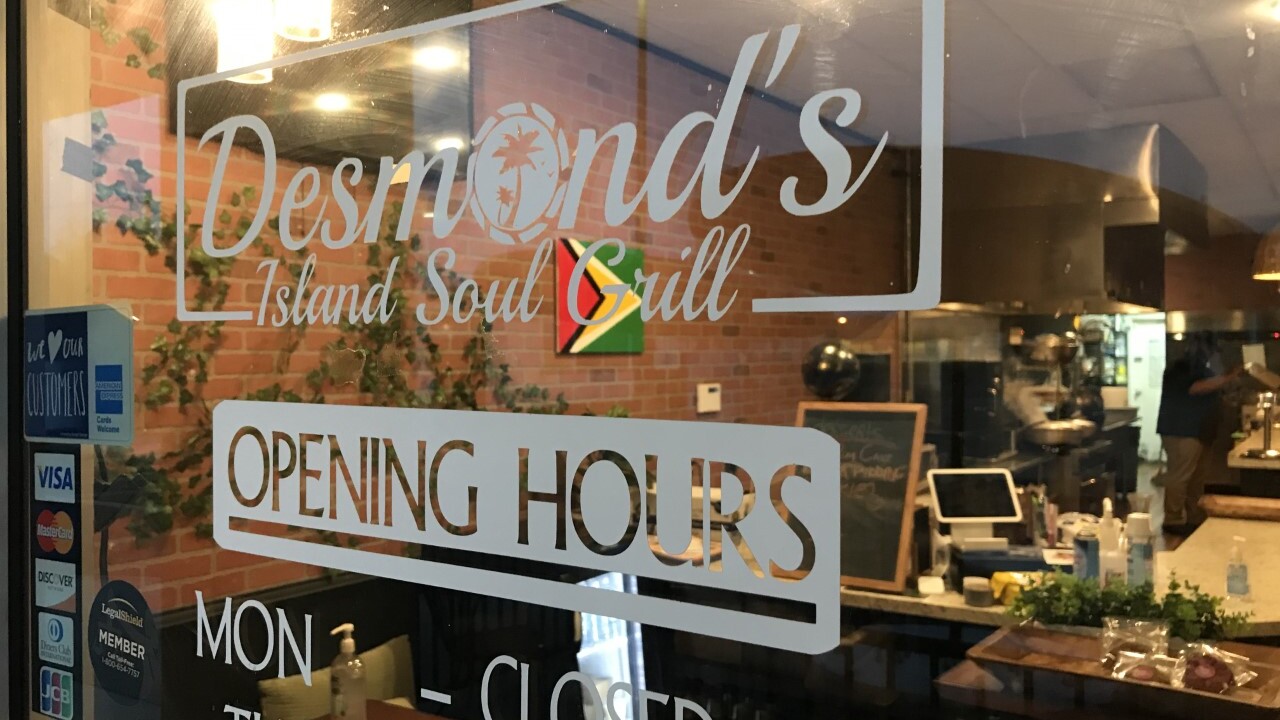 VIRGINIA BEACH, Va. - Desmond's Island Soul Grill. Everything you need to know is in the name.

Desmond is owner Shavonne Alexander's father, who passed away 20 years ago. Island comes from the Caribbean-inspired menu. Alexander's parents are from Guyana, a country on South America's Caribbean coast.

Alexander had meat on the menu when the restaurant opened almost three years ago, but in September, she changed it to completely plant-based.

A visit from actress and vegan social media influencer, Tabitha Brown, sent sales through the roof early this year, she says. Then COVID-19 hit, pandemic restrictions went into effect and sales plummeted.

News 3 visited the location on Reon Drive in April where Alexander and her Executive Chef Will Riddick talked about a need to stay open so the vegan community had a steady restaurant option.

"Because there aren't a lot of vegan restaurants in the community, we know that, and it sounds crazy, we need to be here," said Alexander.

The persistence paid off, Alexander says. On Juneteenth, Desmond's set a sales record despite a decision to keep the restaurant's small indoor space closed.

The food at Desmond's Island Soul Grill is made-to-order and features all kinds of options from south of the border, including vegan Rasta pasta and empanadas.

Vegan or not, Alexander and Riddick say to give their food a try. They put a big emphasis on seasonings, flavor and adding love to each meal.

"If you need a good homecooked meal, you haven't had one in a long time...it's a good place to come," said Riddick.