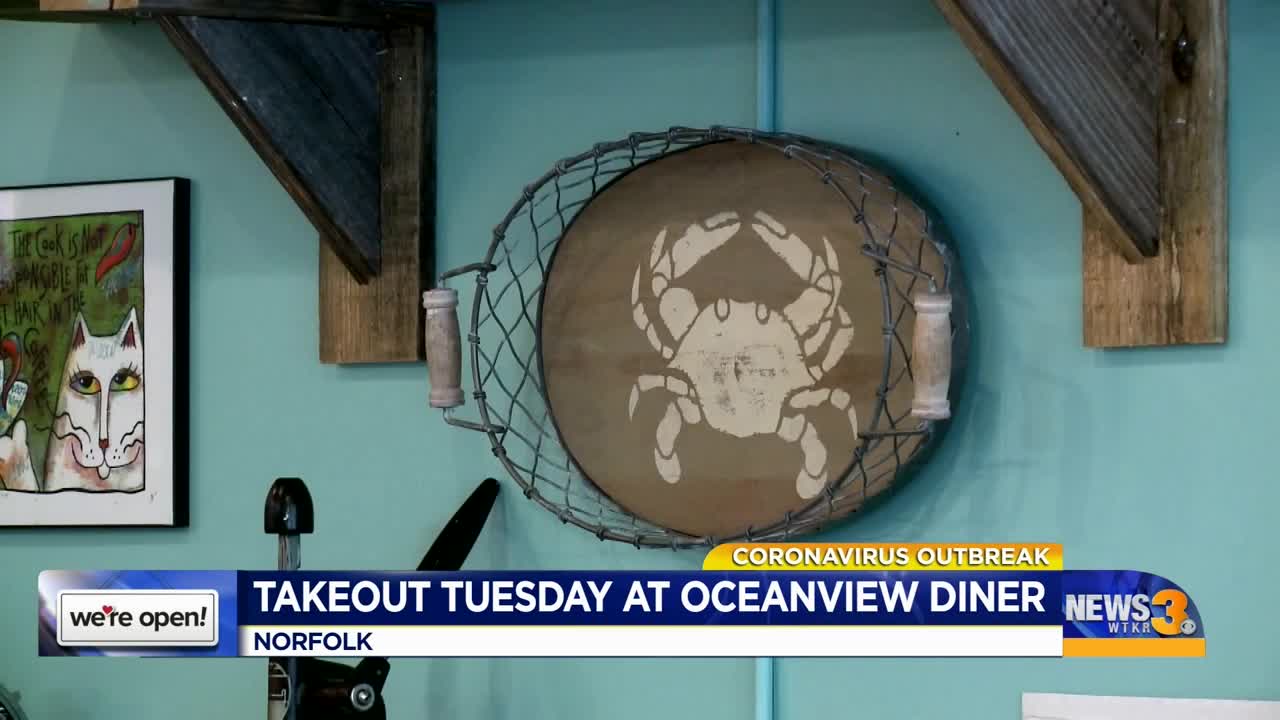 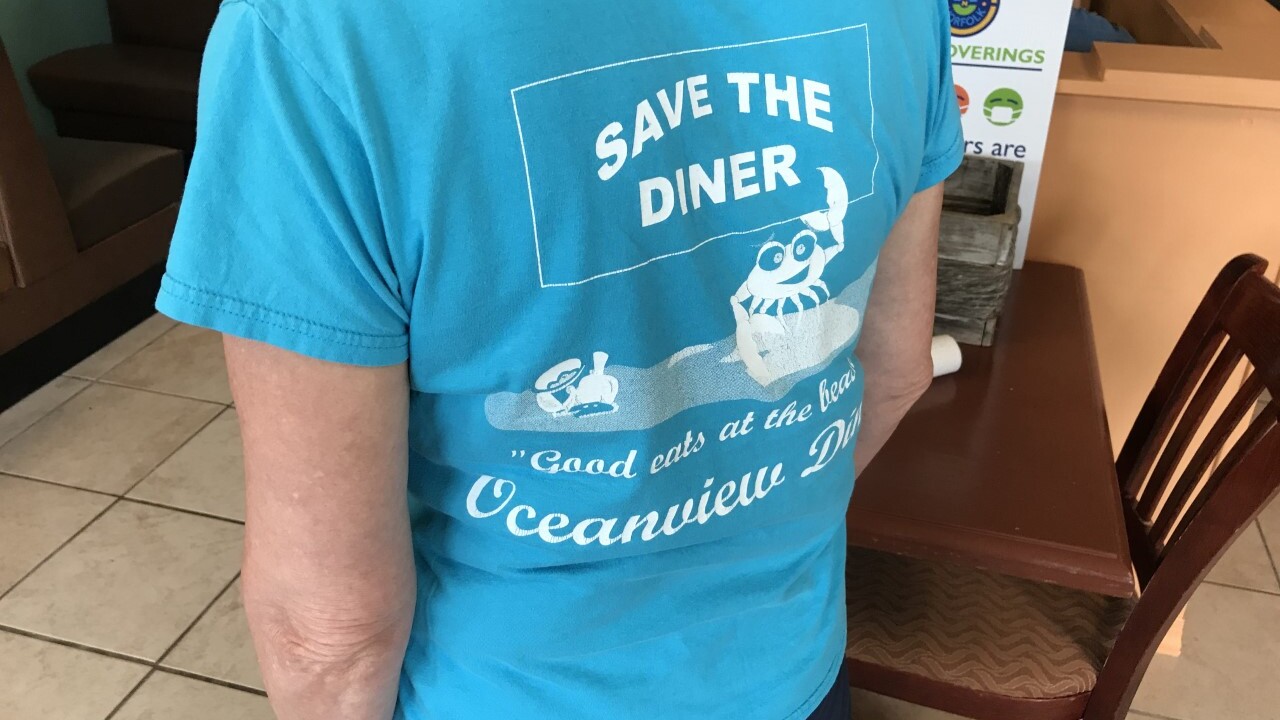 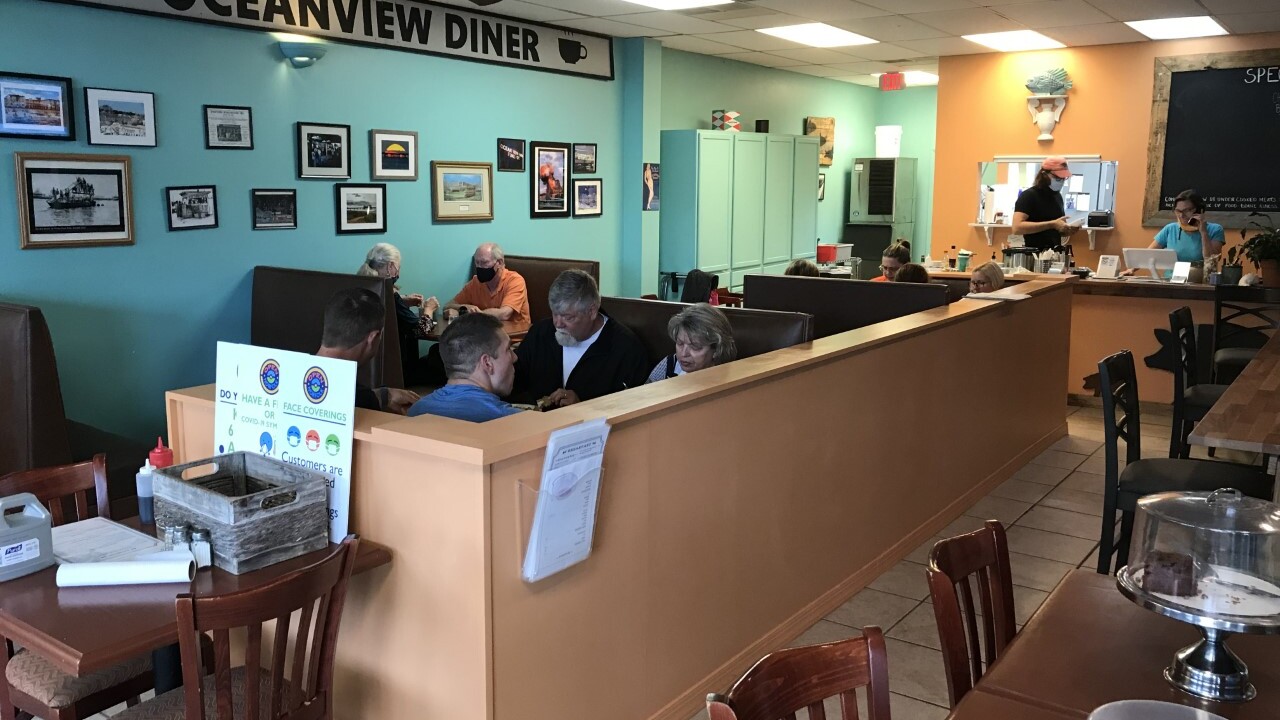 NORFOLK, Va. - Like the 90s Chumbawamba classic goes, "I get knocked down, but I get up again."

You're never going to keep the Oceanview Diner down.

Elizabeth Cajiao opened her diner on East Ocean View Avenue three years ago. Then, last year, the city bought her building...and forced her out.

"We had to move so we relocated here on December 13th of last year and things went gangbusters," recalls Cajiao, still wearing a "Save the Diner" t-shirt from her fight with the city.

Just three months after moving the breakfast and lunch spot to its current location on Granby Street, just off Ocean View Avenue, COVID-19 hit, shutting down all but takeout.

Knocked down again, get back up again.

"It was right around St. Patrick's Day and we were really pumped for the (Ocean View St. Patrick's Day) parade that didn't happen and then we kind of refocused for three months," said Cajiao. "I used to have a catering business so we started some 'Diner Dinners'. It allowed us to pay the rent and the electric."

These dinners kept the diner open until outdoor seating, and eventually indoor seating, returned. Unlike other restaurants, Cajiao says she didn't have a hard time getting her staff to come back.

But the biggest support comes from the customers, she says.

"This is a wonderful community, Ocean View. I've lived in other neighborhoods in Norfolk and it is probably the coolest and most supportive neighborhood," said Cajiao.

And that strained relationship with the City of Norfolk from before? She says the city is now providing and allowing outdoor seating to help the diner make ends meet.

"They helped us out," she said.