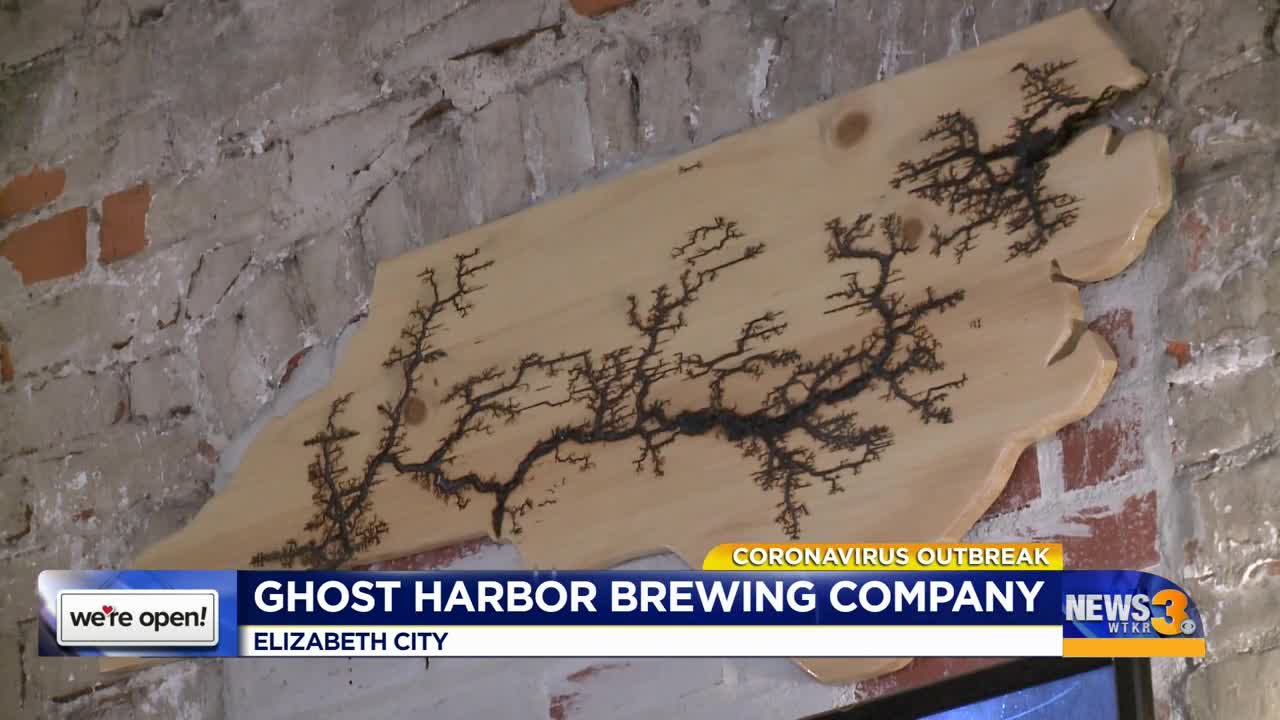 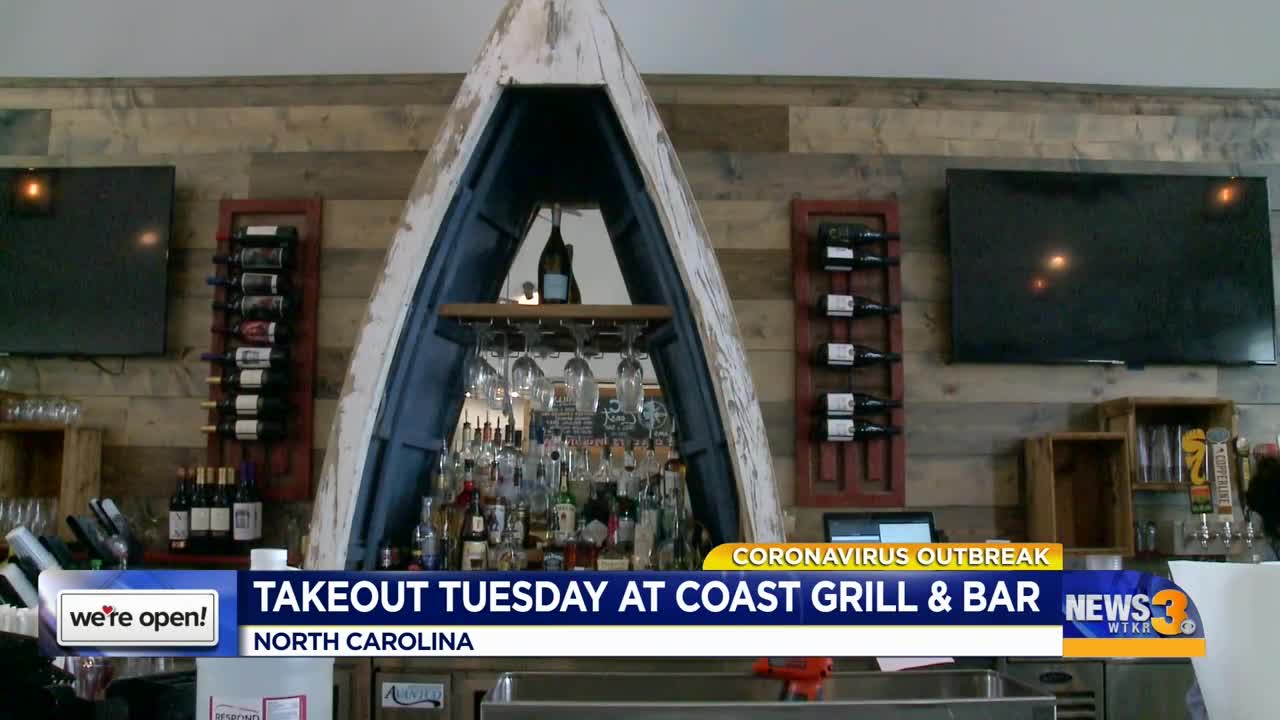 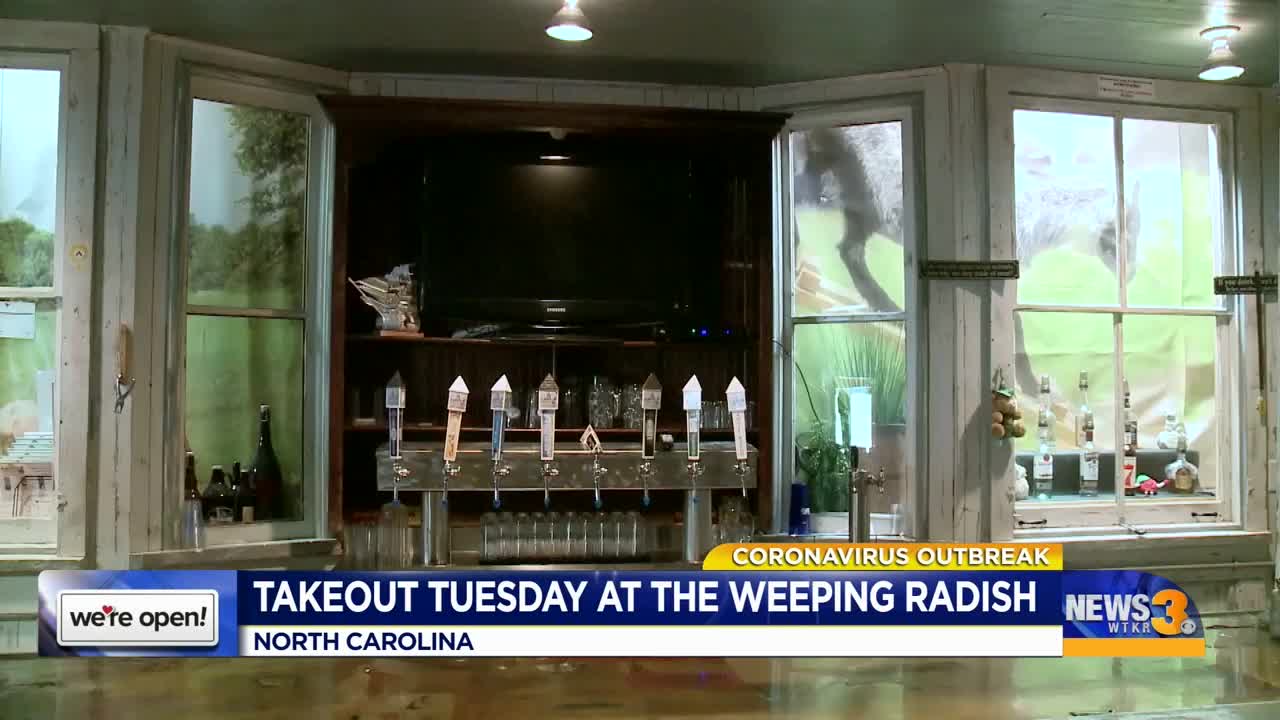 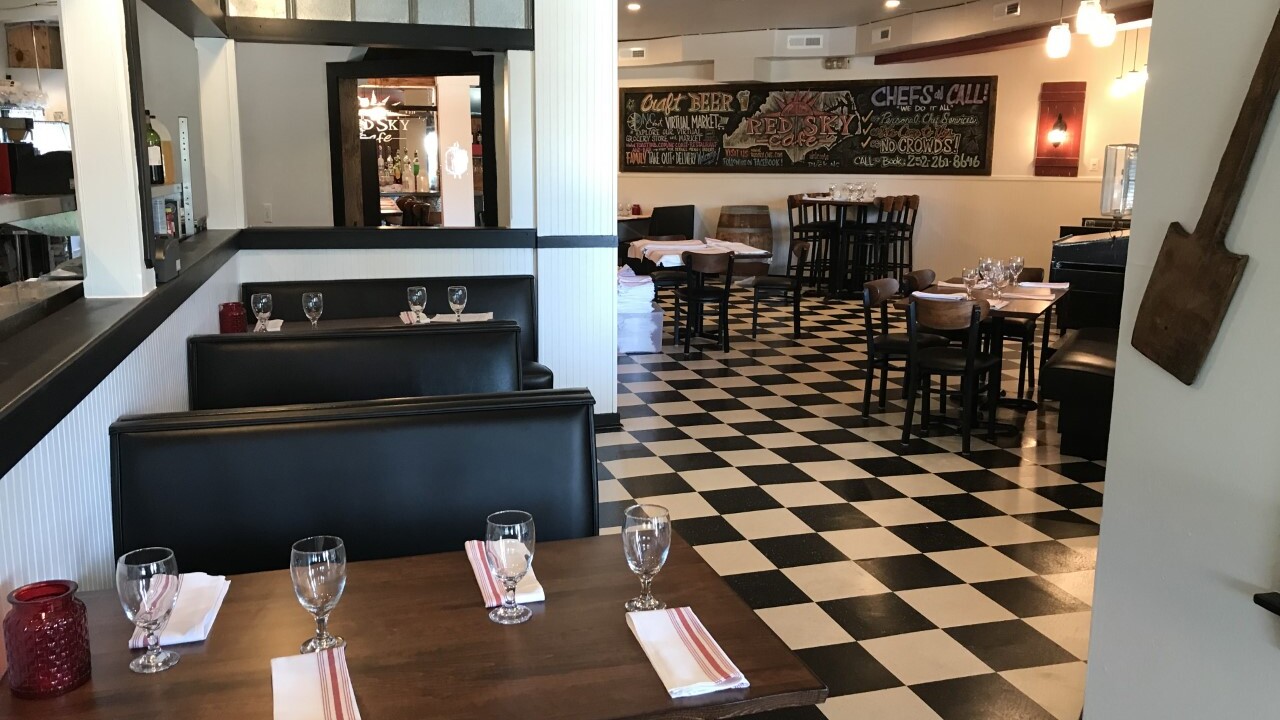 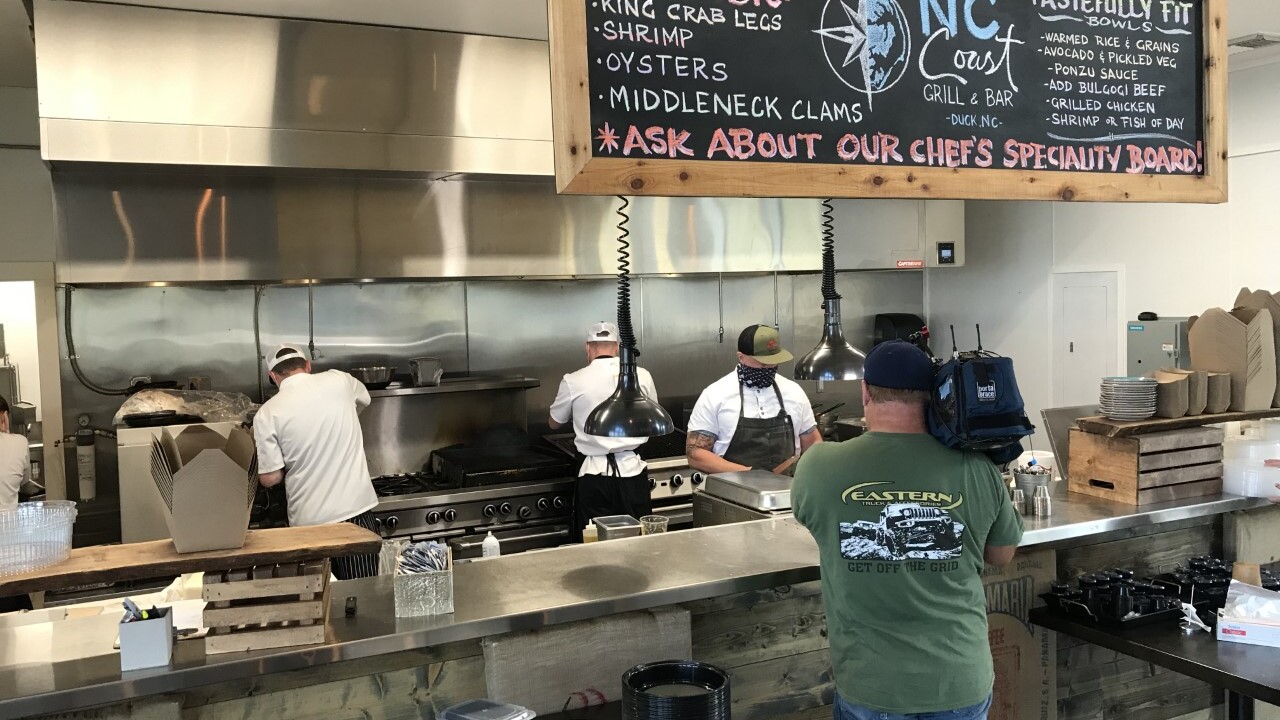 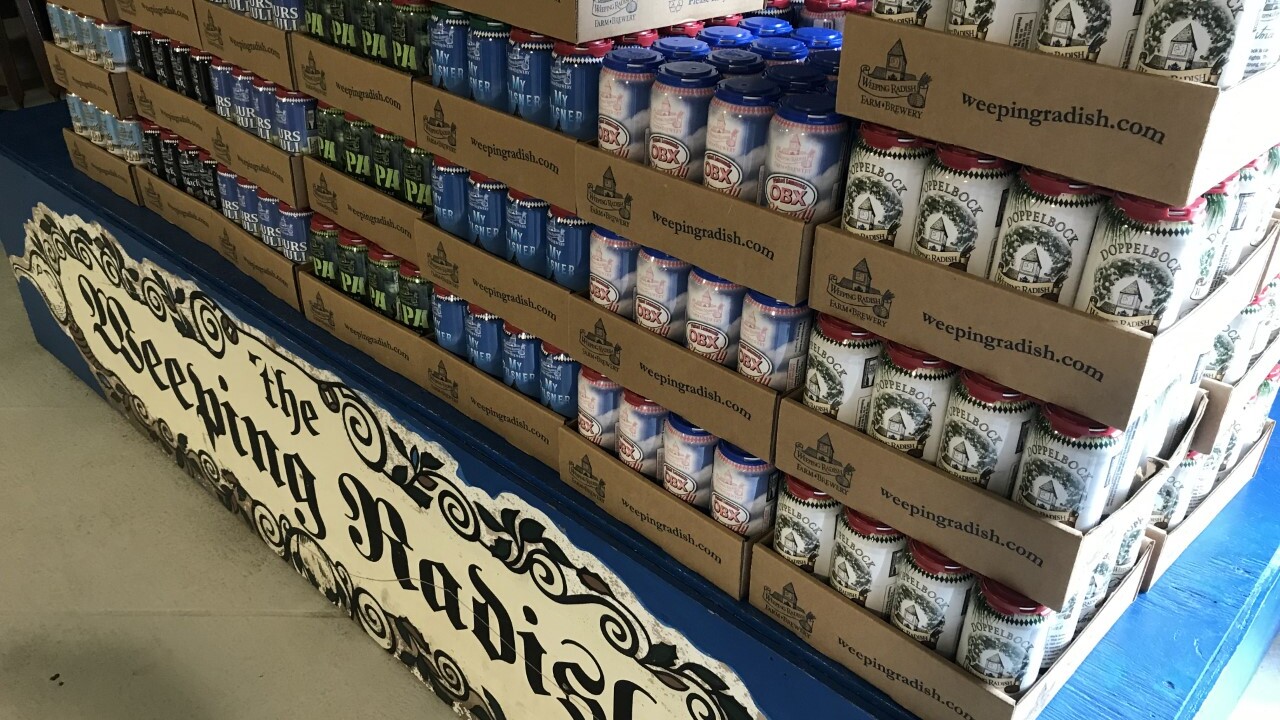 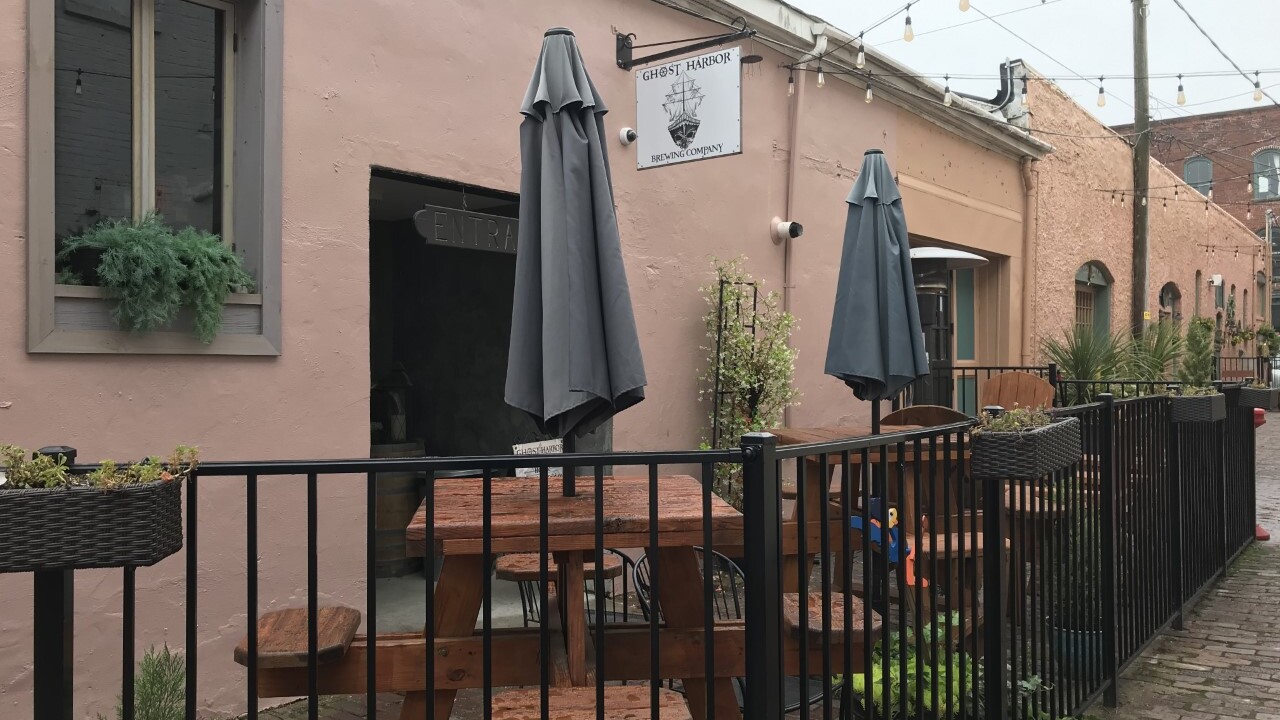 NORTH CAROLINA - Thomas Reese is excited to see things at least start returning to normal at the brewery he opened 2 1/2 years ago.

The hanging lights and outdoor seating on the alley's brick surface offer a unique setting for drinking locally-brewed beer...and that's just the outside.

But Reese hasn't been able to seat anyone the last couple months because of North Carolina's COVID-19 restrictions. That's changed as of Friday as Phase II of reopening goes into effect.

Ghost Harbor and other breweries and restaurants can now seat up to 50 percent capacity as long as tables are socially distanced.

"To see the people come and support us through this has really been...There's been a couple times when I teared up a little bit," said Reese. "It just hit me that so many people would come in and grab beer to-go and tell us they're pulling for us and are really excited that we're still hanging in there and we're working through it so it's been a blessing for sure."

About a half hour's drive away, Weeping Radish Farm Brewery on Caratoke Highway is the predecessor to Ghost Harbor and the state's other breweries.

Owner Uli Bennewitz opened Weeping Radish in the 1980s as North Carolina's first microbrewery; changing state law to do so. But having a more established business doesn't make you immune to a pandemic.

The Currituck County brewery has signs on its door requiring customers to wear masks, just as employees must. Bennewitz says it's led to some confrontations.

I have a problem when people come in as customers and blame the wait staff and hostesses. They've done nothing wrong. We just need to work together and have a positive attitude and get through this. We'll come out stronger. There's no question about it," he said.

For Weeping Radish, which makes a lot of its revenue selling fresh meats in addition to beer, part of coming out stronger is getting creative.

It's new grill bucket program is geared toward visitors making their return to the Outer Banks after Dare County had largely shut down the communities due to the pandemic.

"Every cottage has a grill. Now we are really developing this grilling program where you can preorder online your sausages, your bacon, steaks, hamburgers on our website and we'll have your order ready when you drive by on your way to the beach," said Bennewitz.

Just as it was for mainland breweries News 3 visited, it was a big weekend for restaurants located on the Outer Banks.

Chef Wes Stepp owns two: NC Coast Grill & Bar and Red Sky Cafe, both of which are located on Duck Road in Duck.

"We're really excited because a lot of visitors that we see, when we say visitors, it sounds like somebody you don't really know, but so many of them we do know because they're here year after year," said Stepp.

News 3 caught up with him inside NC Coast, a brand new restaurant that opened in November with a beautiful view of the Currituck Sound.

Stepp kept it open through the pandemic, seven days a week, offering takeout, delivery and an online market. On Friday, he was prepping for a 5 p.m. reopening.

He compared pandemic restrictions to the storms that are so familiar to locals.

"We're used to bouncing back, but a hurricane and a pandemic, the difference is a hurricane is more like a sprint. You can see it coming and by Monday it's gone one way or the other," said Stepp. "This thing is more like a marathon, but our reaction to it and the community's reaction has been the same. We all become one."

His other restaurant, Red Sky Cafe, has been around 17 years. It reopened Saturday fresh off a complete renovation Stepp says was in the works prior to pandemic restrictions.

Both Red Sky and NC Coast are still offering takeout and delivery.