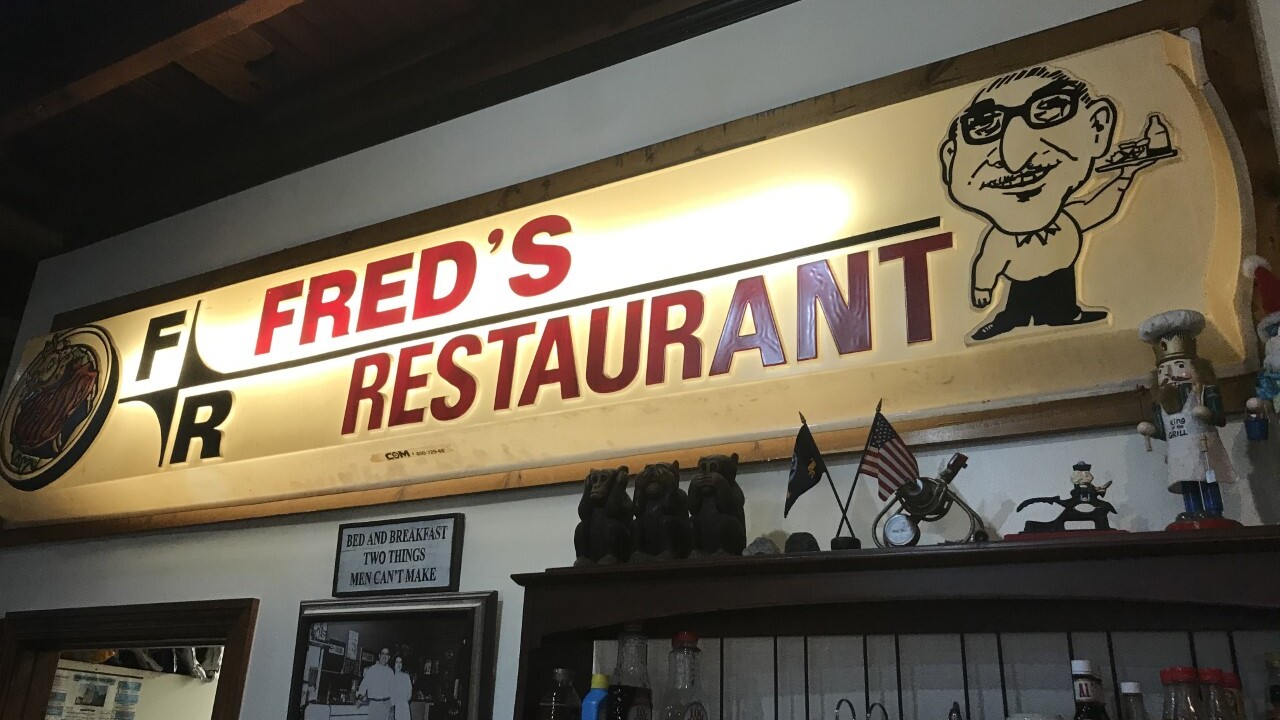 This indoor sign for Fred's Restaurant in Franklin includes a caricature drawing of original owner Fred Rabil. That drawing can be seen throughout the restaurant and its marketing. 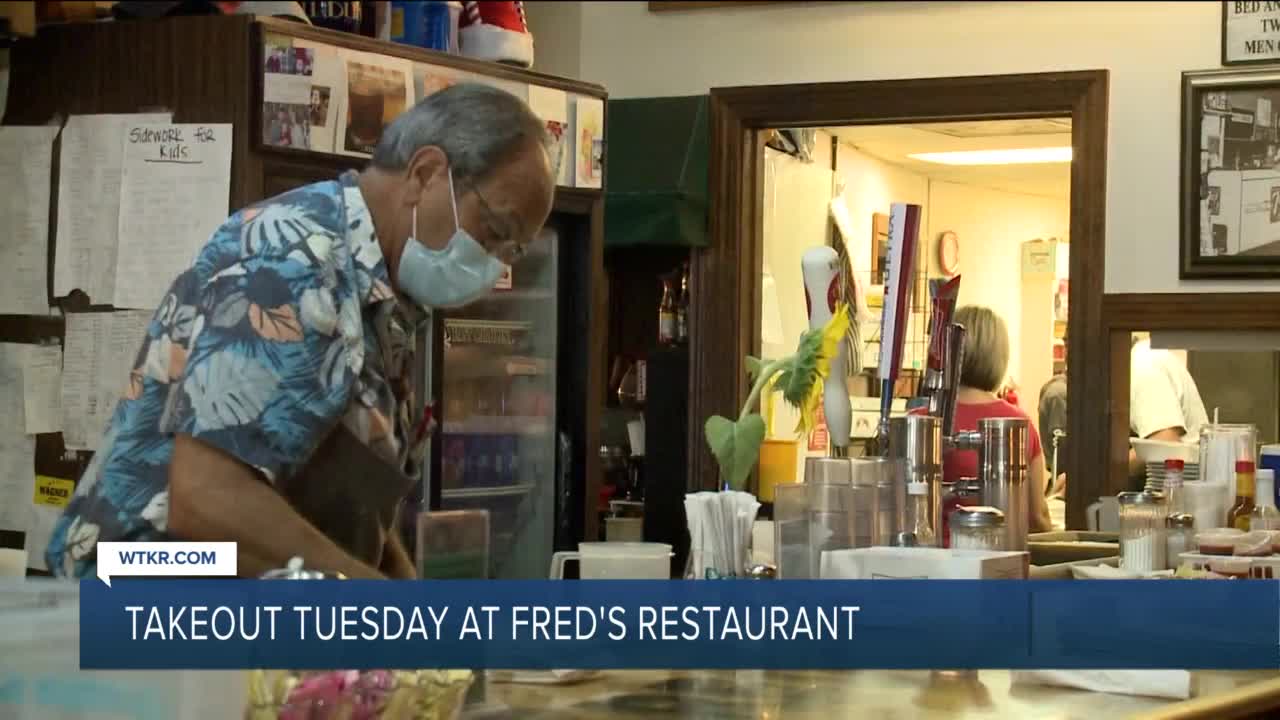 FRANKLIN, Va. - Hard times aren't anything new to David Rabil. The owner of Fred's Restaurant can rattle off a list of past struggles on the spot.

"Been through a flood, a couple of fires, the Paper Mill shutting down," he said.

But this Main Street staple in Franklin has always found a way to keep going thanks to the community. It's been that way since Rabil's father, Fred Rabil, opened the place in 1945.

75 years later, Fred's is still in the same location.

"If these walks could talk? Boy, it would be quite a story," David Rabil said with a laugh.

This latest chapter was one Rabil and the staff at Fred's never expected to see written. It started back in March.

"They told us basically we had to shut down, which we did for a couple days. Then we were able to do to-go orders and we just figured out a way to do that. Had to cut back some staff, cut back the menu," said Rabil. "We've been through a lot of stuff but we've got a strong community here. We wouldn't be here without them."

Even with no capacity limits under COVID-19 restrictions, Rabil says he's only been able to reach roughly 30 percent capacity while following social distancing guidelines.

A beautiful outdoor seating space next to the building has helped and it's charming to say the least.

Inside, pictures and memorabilia highlight different eras of Fred's 75 years, including a number of pictures of Fred Rabil himself, who passed in 2015 at 97 years old.

The exposed brick and ductwork add another unique touch. Rabil says it's all a product of cleaning up after Hurricane Floyd floodwaters reached 4 1/2 feet in 1999.

Fred's bar top is an old sign for the restaurant discovered around the same time. It's filled with signatures from past customers, including former News 3 anchor Ed Hughes.

"We left it open before we put the sealer on it for about three weeks and a lot of the local people came. Folks from the paper mill would come over and a lot of kids who were away at school would come back just to sign it," recalls Rabil.

It's a silver lining that came out of a past challenge. Rabil admits he's still searching for them this time around during the pandemic.

He keeps coming back to the support he's seeing.

"Just what I've known about the people around here. They're good folks, willing to help (and) like to stick together," he said. "It's a strong community."

And if he needs some inspiration to keep going, Rabil says he can always think back to what his father told him after a fire at the restaurant in 1984.

"I was sitting out back with my head down and pop said, 'Son, there's no need to be doing that. We just got to get back on the horse,'" he recalled.

Something this restaurant and its staff intend to keep doing no matter what is thrown their way.