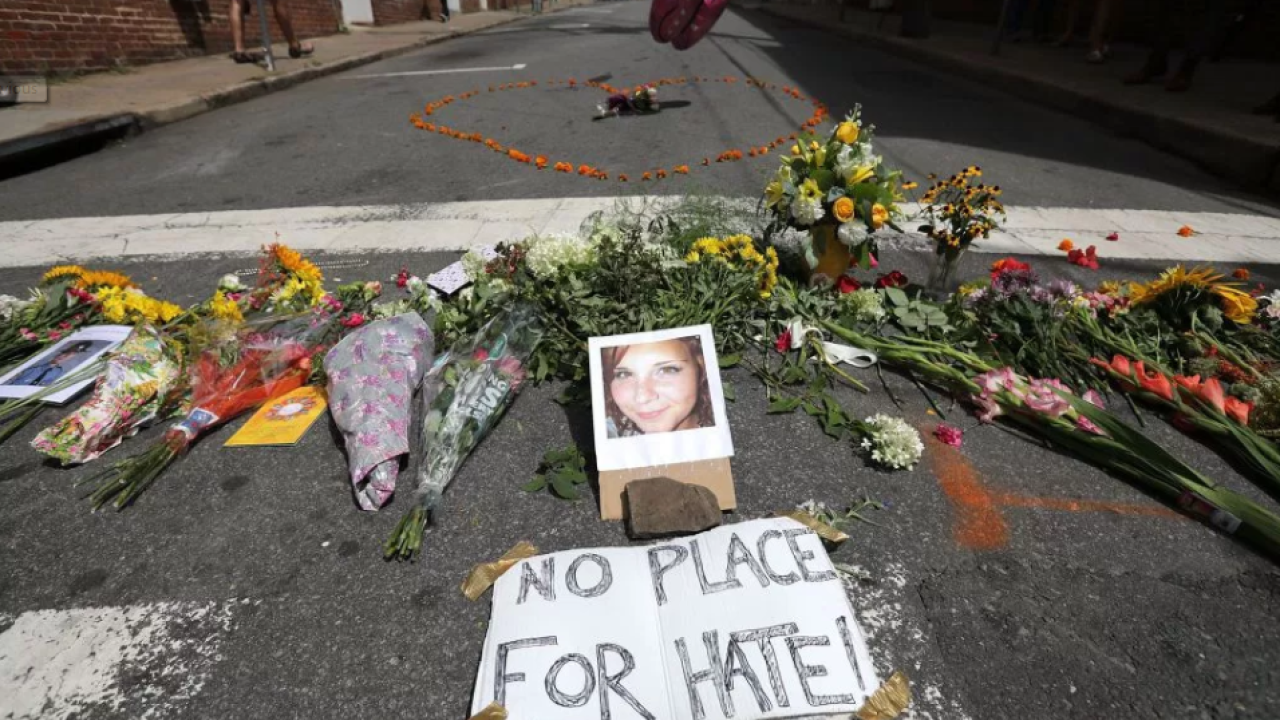 CHARLOTTESVILLE, VA – AUGUST 13: Flowers surround a photo of 32-year-old Heather Heyer, who was killed when a car plowed into a crowd of people protesting against the white supremacist Unite the Right rally, August 13, 2017 in Charlottesville, Virginia. Charlottesville is calm the day after violence errupted around the Unite the Right rally, a gathering of white nationalists, neo-Nazis, the Ku Klux Klan and members of the ‘alt-right,’ that left Heyer dead and injured 19 others. (Photo by Chip Somodevilla/Getty Images) 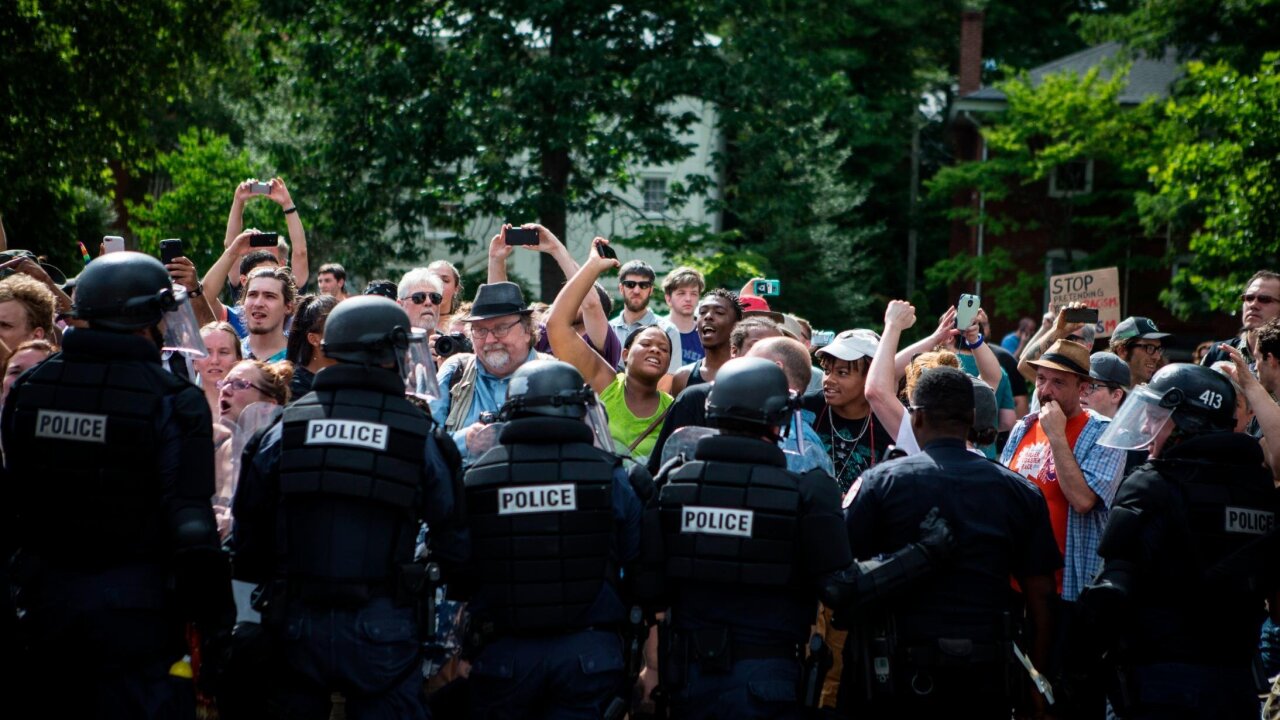 RICHMOND, Va. - Virginia continues to mourn and remember the violence that took place on August 12, 2017 at the “Unite the Right” rally in Charlottesville, which resulted in the deaths of 32-year-old Heather Heyer and Virginia State Police Troopers Lieutenant H. Jay Cullen, III and Trooper-Pilot Berke M.M. Bates.

The August 2017 rally was made up of white nationalists, neo-Nazis and other groups opposed to the city’s decision to remove a statue of Confederate Gen. Robert E. Lee.

“It has been three years since we lost Heather Heyer, Lt. Jay Cullen, and Trooper-Pilot Berke Bates after white nationalist violence erupted in Charlottesville. I hope all Virginians will join me in pausing to honor them and the lives forever changed that day. But we must do more than reflect. Our Commonwealth and our country continue to grapple with the reality of systemic racism. Virginians continue to cry out for justice and healing, for fairness, for opportunity, and for equality. These are more than just words or feelings — they are calls to action. And we have a lot of work left to do. So as we honor the lives lost that day, we must also renew our commitment to equity, diversity, and justice.

"Three years ago today, a disgusting, hateful ideology descended on our Commonwealth. Heather Heyer, Jay Cullen, and Berke Bates needlessly lost their lives as a result of nothing more than unadulterated bigotry. Virginia and our nation have no place for the acts of violence committed here three years ago.


"It is my sincere hope that today, instead of petty fighting and small-minded attempts to score political points, we can come together as a Commonwealth and learn and move forward from that fateful day. Only through unity, not division, can we make real progress."

The man who plowed his car through a crowd of counterprotesters at the rally three years ago, leaving Heyer dead and 19 injured, was sentenced to life in prison by a Virginia state judge in 2019.

Related: Three white supremacists were sentenced to prison for violence at Charlottesville rally