'We knew it was going to be bad,' local catering business says as reservations decline amid pandemic 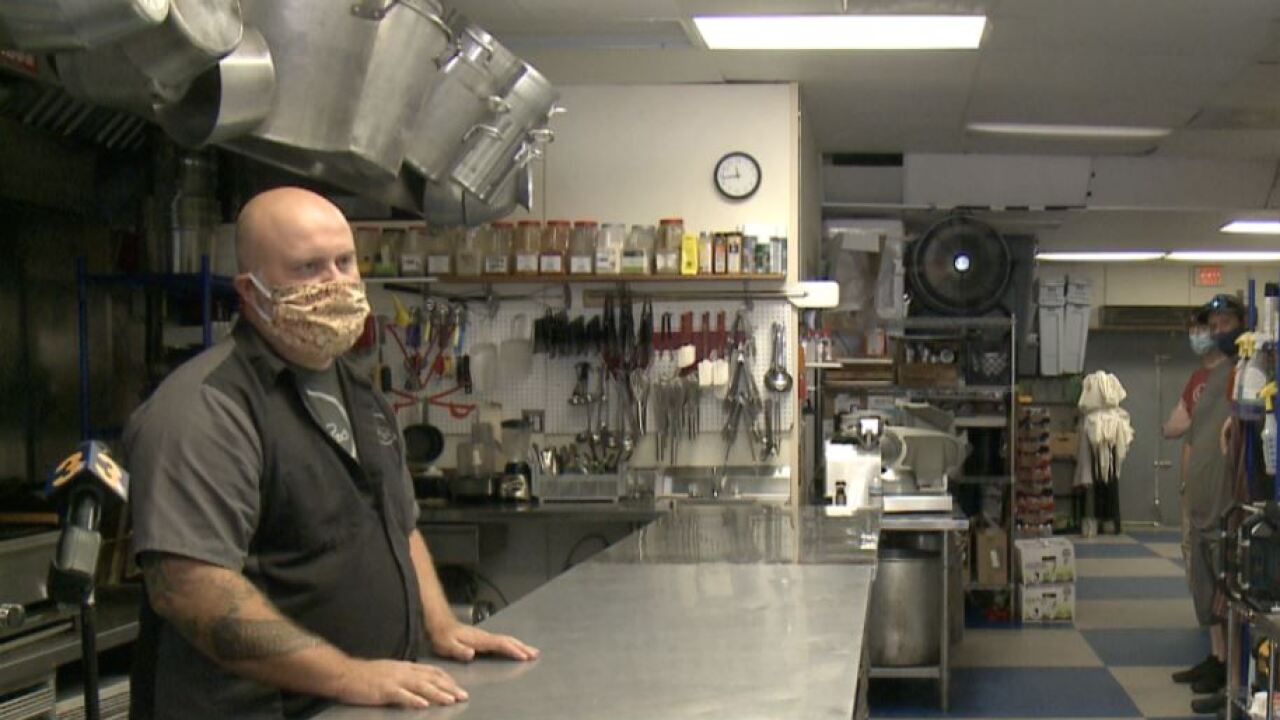 SUFFOLK, Va. -- The shelves and fridges at The Catering Place on Holland Road in Suffolk is still packed with food, but the number of catering reservations made has dropped.

That is due to the COVID-19 pandemic forcing people who have already made reservations to cancel or reschedule.

In the kitchen area, there is a board with columns written on it, denoting the days of the weeks. There were four reservations this week posted on the board compared to an image, shown by one of the employees, of the board covered up with reservation forms.

“We knew it was going to be bad,” Duncan said. “I don't think anyone prepared for it to be six months in."

The summer is usually when Duncan and his staff should be filling in those orders. Most of those summer events, he said, consisted of weddings and other functions.

He said the economic crash of 2008 was not as bad as the current situation.

“The day we signed the check to build out the shop,” Duncan said, “was one week before everything crashed in 2008, and we made it out of that."

Even though they are still stocked with food and other items, the business is making sure it does not go to waste.

“We have been implementing some weekend sales, we did Mother's Day, Easter, had a barbecue before. We have one this Saturday,” Duncan said. “In a way, it gives us the chance to - A: Get money coming, but also B: We kind of play around with some stuff. We've got some stuff, some recipes, some ideas in the back of our brain, and let's try it."

The Catering Place posts on its Facebook page and Instagram page when it will sell cooked meals people can order ahead of time, where, what time and prices.

The business also qualified for funds from the CARES Act, allowing him to keep his staff employed.

"They're very loyal, very dedicated, but they're also realistic. They understand,” Duncan said, praising his employees. "I have hope things will change because it has to. We've all had to adapt, it'll come back around at some point."