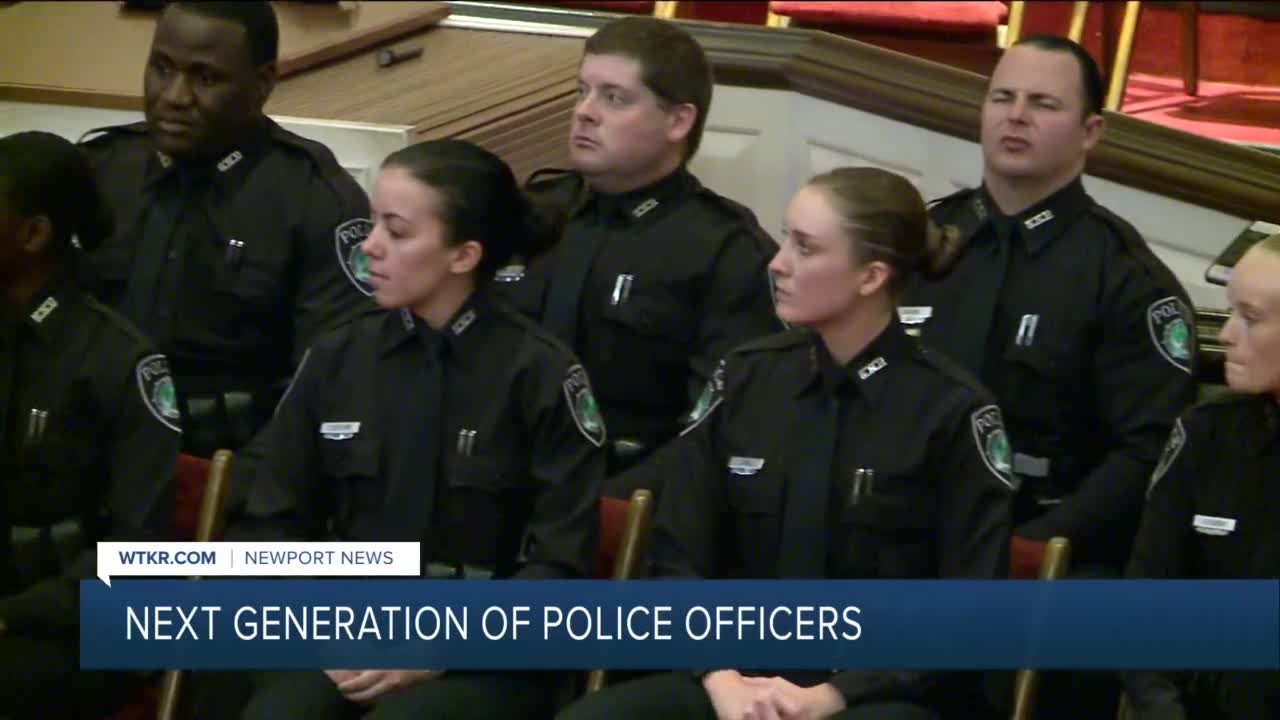 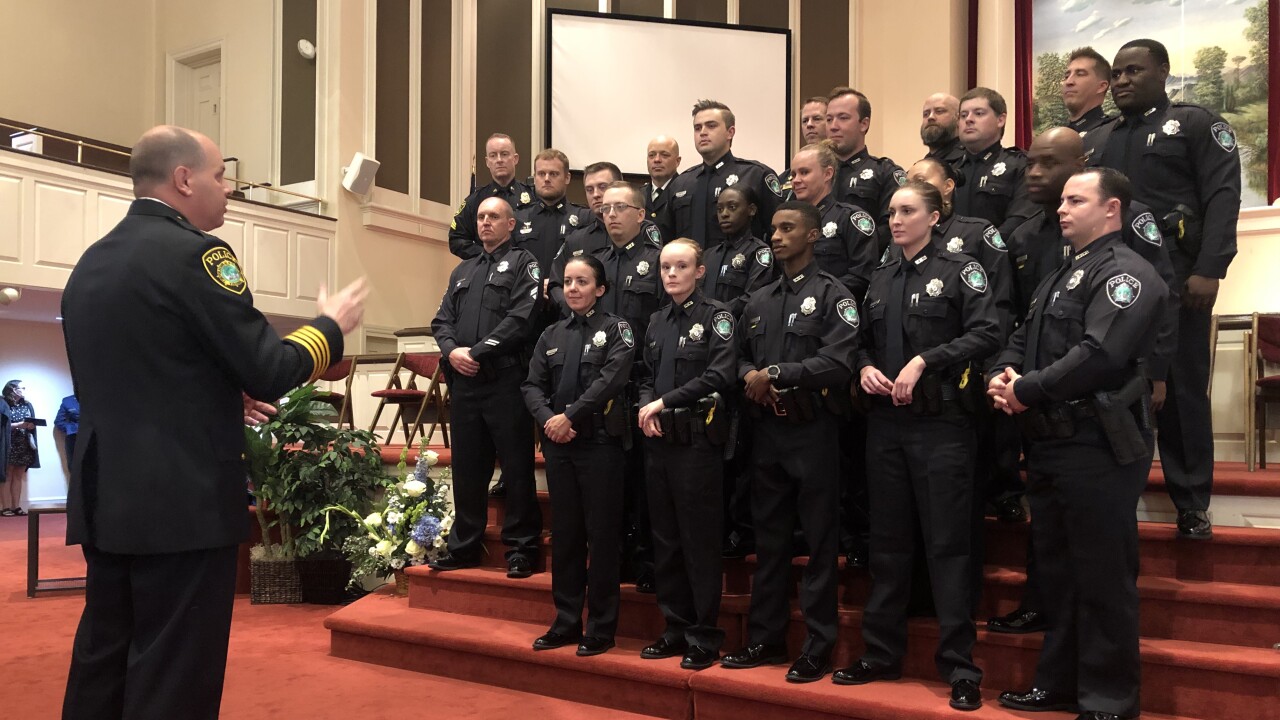 NEWPORT NEWS, Va. - Christopher Smith has wanted to be a police officer for as long as he can remember.

"It was actually in kindergarten. I went to Our Lady of Mount Carmel School in Harpersville, and the Newport News Police Department sent a couple canines out for Fun Fair," he recalled.

From that moment on - and when he realized police officers could take their dog to work - a dream was born.

On Friday morning, Smith's dream of more than 20 years became a reality as he stood beside 14 of his peers, pledging his service to Newport News.

However, getting to graduation day was different from years past. The deaths of George Floyd and Breonna Taylor changed the way the new officers were trained during their 22-week academy.

"[The unrest across the country has made us more focused]. We did a lot more Use-of-Force training in the Academy; we did a lot about search and seizure. You know, we are all about respecting people's rights - that is one of the biggest things that we try to hold accountable here," said Officer Smith.

Officer Christa Hepler agrees. As one of six females graduating in the 23rd class of the Newport News Police Department, she said, "It’s not about the strength, it’s about how you speak to people, how you communicate with people. One small change can lead to one large outcome. It’s all about doing what’s right."

Chief Steve Drew spoke about how recruiting officers has evolved over the years. In particular he said, "Today it's about working with people and affecting change, and that's what I'm looking for [in the men and women who join this department]."

He also emphasized the significance of having a diverse, well-rounded team, but pointed out that diversity goes much deeper than gender or race.

He told News 3, "It’s [about] background, where they come from [and] what they experience. Gender, race - all those things play a part, but I do think it's important, and I hope people see that."

Hepler also agreed that the department places incredible emphasis on diversity and inclusion.

Chief Drew said before a recruit is sworn in, the last part of their training is a one-on-one conversation. He said he asks them, "'Where do you see yourself in five years? Why do you want to be a police officer? Why did you choose this profession? And why did you choose to come to Newport News?' Most talk about, 'I want to give back. I see what this department does; I see that you're invested in community; I see that you're invested in you.' I can tell you those are very different responses than we got 25 years ago."

The end goal of each officers is to make a difference in the community.

Officer Smith said he wants people to know that, "We're here to help, we're here to serve. We don’t want to be some big scary guy that shows up that you don't feel like you can talk to. We want to be approachable."