Put your mask on and it's not a suggestion; it's an order in Virginia 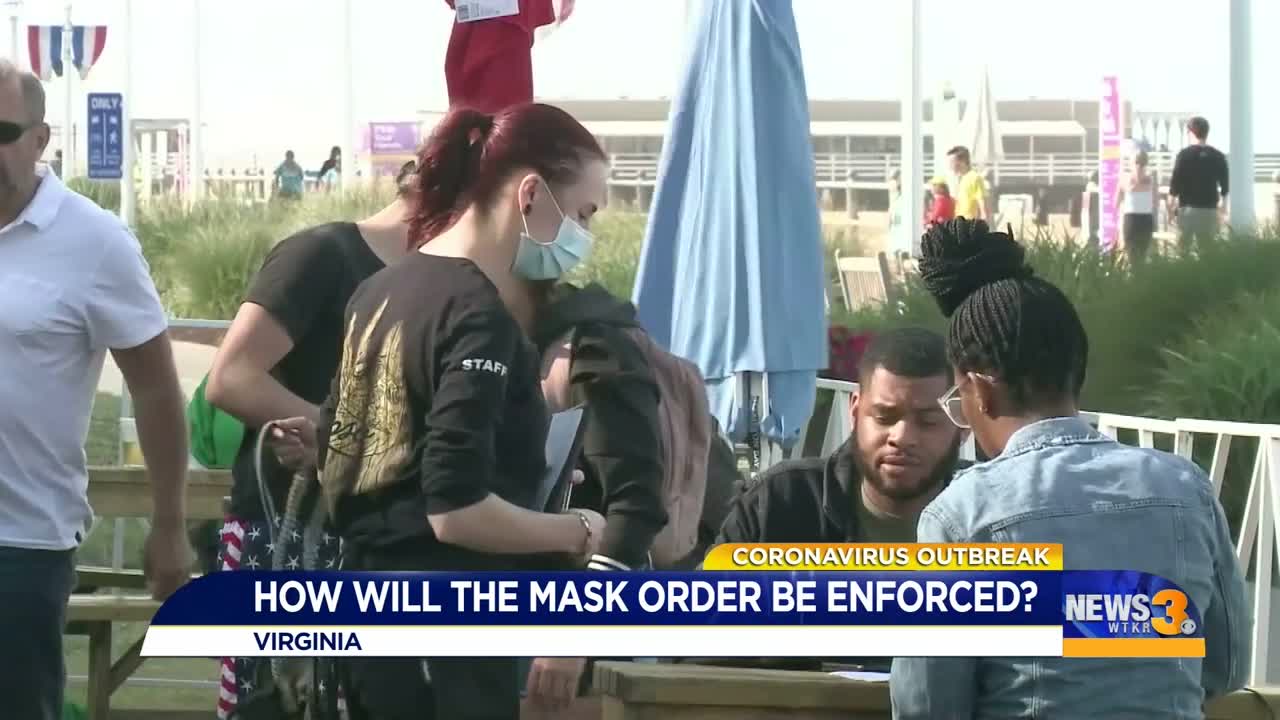 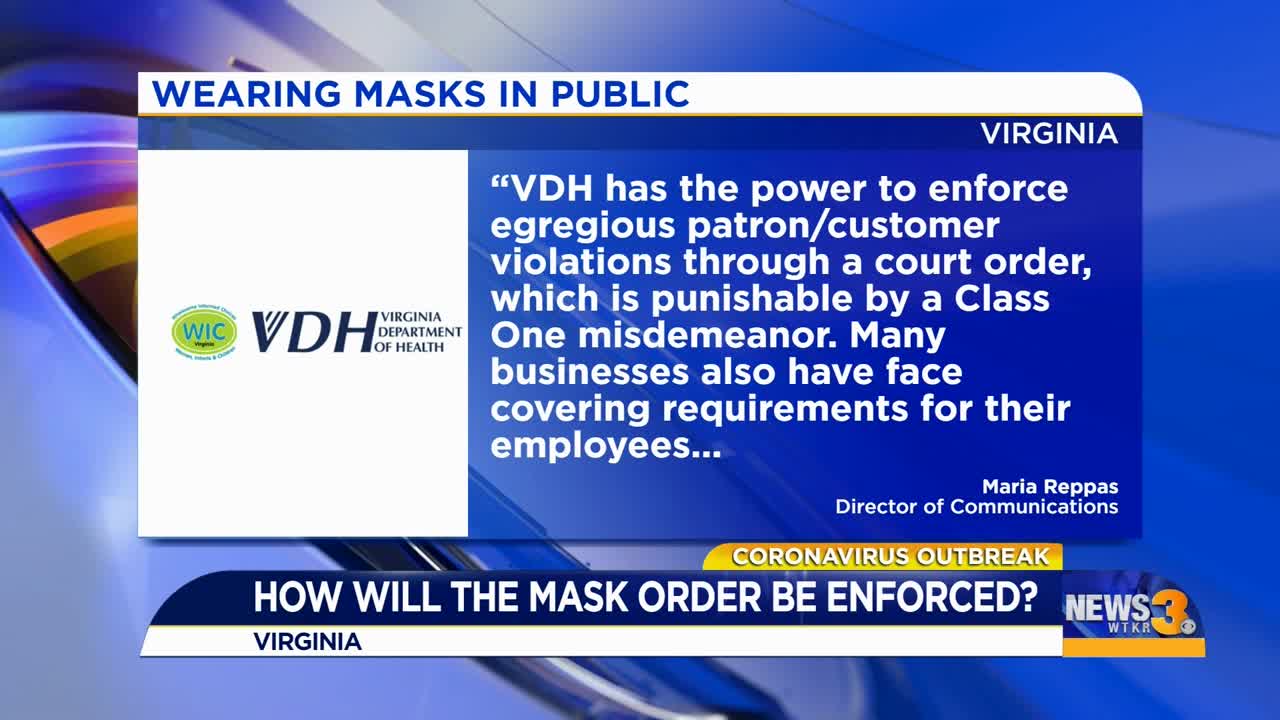 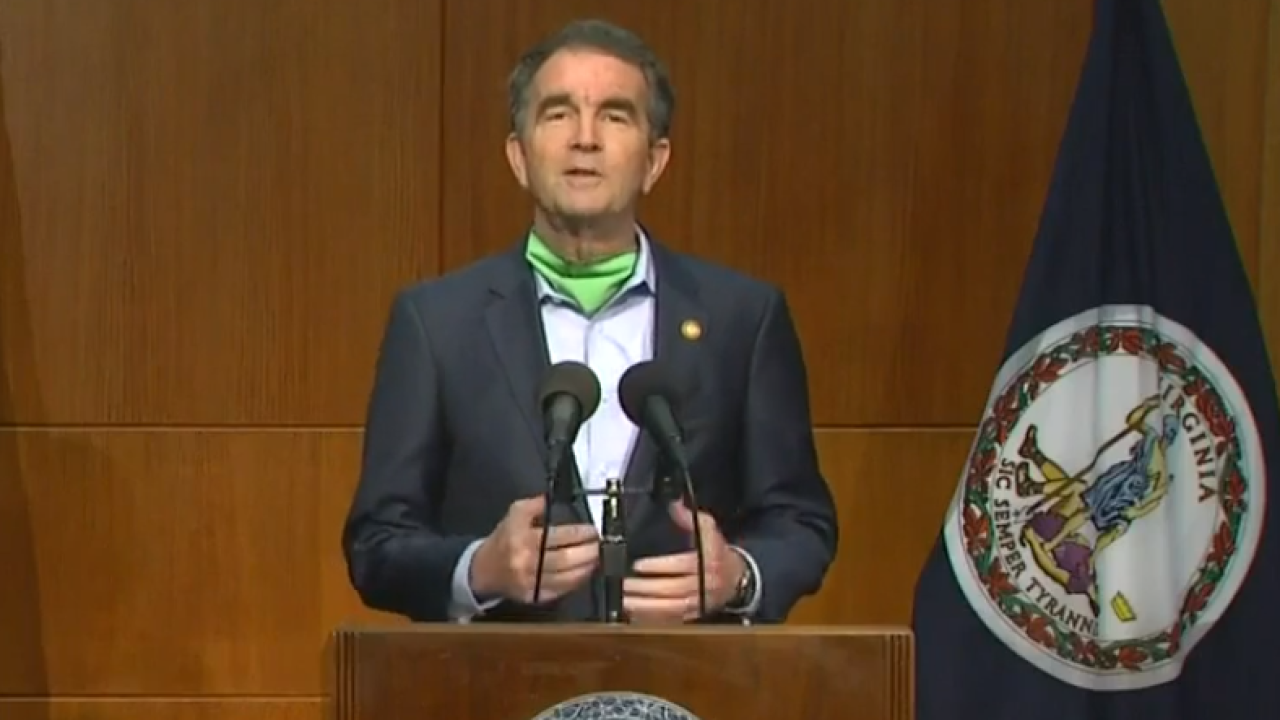 HAMPTON ROADS, Va. - Put your mask on -- it's not a suggestion; it's an order from Virginia Governor Ralph Northam.

Under the new order, anyone over 10 years old must wear a mask while in public indoor settings in places like the grocery store, public transportation areas, shops and restaurants. You can remove it while eating or drinking.

The new order was announced on Tuesday, moments after Northam apologized for not wearing a mask at the Oceanfront over the weekend. He was criticized for being photographed with people without a mask on.

It can be a Class 1 misdemeanor if the new order is violated.

“This is a matter of public health, and any enforcement that is needed will be done by our health department. This is not a criminal matter,” said Northam. “I’m not looking for people to get in trouble by not wearing their masks, but I am looking for people to please do the right thing. I’m asking people to respect one another.”

News 3 reached out to the state health department to try and get answers about how this will be enforced:

“VDH has the power to enforce egregious patron/customer violations through a court order, which is punishable by a Class One misdemeanor. Many businesses also have face covering requirements for their employees as outlined in Phase One restrictions (restaurants, salons, etc.), which are enforced by the health department and the relevant regulatory agency. We are not looking to put anyone in jail -- we are focused on education, and we hope and expect that Virginians will do the right thing,” said Maria Reppas, Director of Communications for the Virginia Department of Health.

House Minority Leader Del. Todd Gilbert was critical of the way the governor has handled this entire pandemic.

“We are fed up with the way this has been handled," Gilbert said.

A statement from House Republicans issued on Tuesday read as follows:

Governor Northam announced today that Virginians over the age of 10 will be required to wear a face covering in order to enter a myriad of establishments. This announcement comes over 10 weeks since Governor Northam declared a state of emergency due to COVID-19.

We are deeply concerned about Governor Northam’s actions today. It is unconscionable to require businesses to enforce a government mandate under threat of sanction from government agencies. This puts yet another burden on businesses already reeling from months of being shut down or severely limited.

Throughout this episode, the Governor has acted inconsistently. Through his own actions the Governor has squandered his capital as a physician whose advice people would be willing to follow. Virginians would be much more likely to follow the suggestions of a leader who instills confidence and leads with consistency.

News 3 spoke to many people who are supportive of the use of masks. Lauren Jones said she wants people to wear masks in public, but found the situation at the Oceanfront ironic.

“I do find it a little confusing that he wasn’t following what he’s telling everyone else to do. I think our leaders should be leading by example. Hopefully if we see him again he’ll be wearing his mask, too,” Jones said.

Scott Westfall said it does not matter what his own opinion is or the opinion of others. He said if people are being ordered to wear masks by leadership, they should obey.

“If it’s going to protect an at-risk population, I’m going to follow it whether I disagree or don’t,” said Westfall.

“I think that people are being selfish when they are resisting wearing masks for the benefit of others. It’s a little gesture that we can all do to show respect for one another,” said Martha Thereault.

The new order goes into effect this Friday.