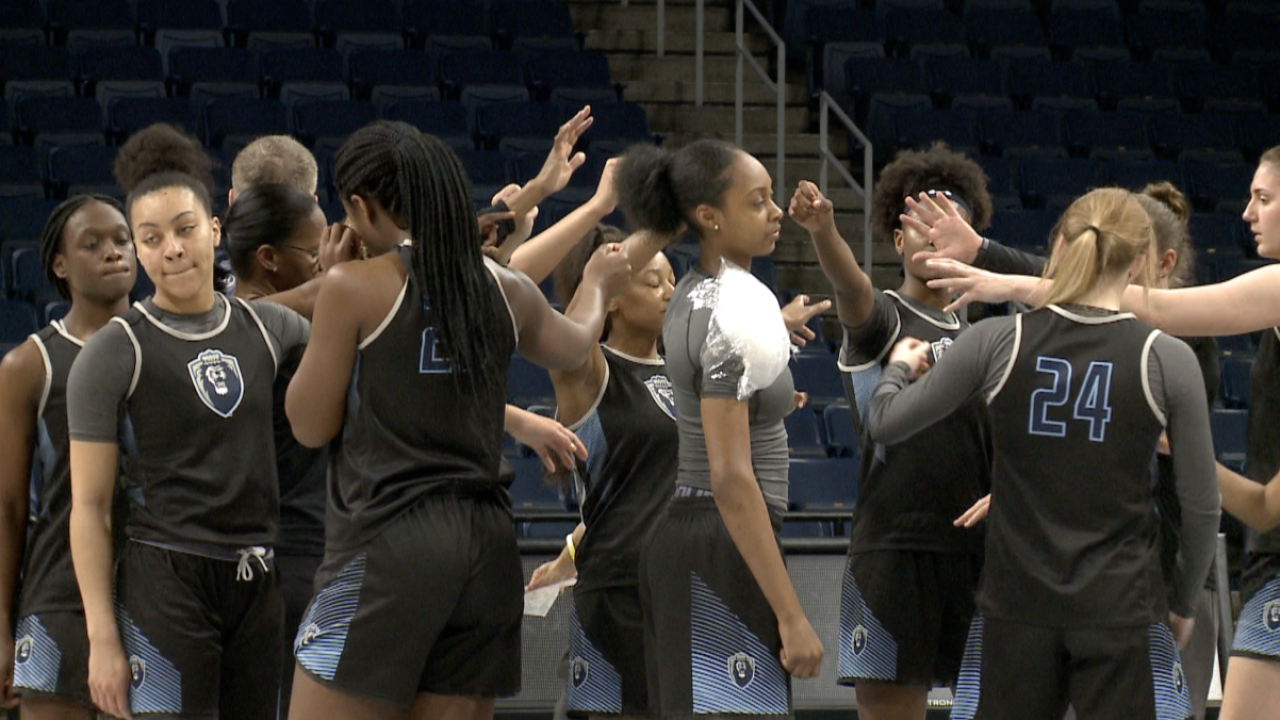 NORFOLK, Va. (ODU Media Relations) - The Old Dominion (20-3, 10-1 C-USA) women's basketball team will put its 13-game home win streak on the line Thursday evening when it hosts league leader and defending C-USA Champion Rice (16-6, 11-0 C-USA) at 6:30 PM in the Chartway Arena. The contest will be streamed on ESPN+, a paid subscription service with Doug Ripley and Susan Montgomery on the call.

The Monarchs are coming off its ninth consecutive win this season with a victory over a tough UTEP squad on the road by a 77-69 final score. For the first time this season ODU and an opponent were tied at the half. After the break, ODU led the third and fourth quarter, eventually taking the lead after a 22-point fourth quarter. There were seven lead changes in the Feb. 8 contest. In the game, Amari Young recorded a career-high 23 points, while adding nine rebounds, one board short of her fourth double-double this season.

Overall, pacing the way for ODU is sophomore Ajah Wayne and senior Taylor Edwards, both averaging 11.2 points per game. Two other Monarchs in Victoria Morris (11.1) and Amari Young (10.5) are averaging double figures. The Monarchs currently lead C-USA in scoring defense, while the Owls sit right behind the Monarchs in that department.

About the Owls
Rice enters Thursday's contest riding a 30-straight conference game win streak. Its last league loss was March 9, 2018 with a 67-55 defeat in the C-USA Semifinals to UAB. Senior Erica Ogwumike paces the Owl squad, averaging 18.0 points per game. The 2019 C-USA Player of the Year has been named league Player of the Week three times this season. Nancy Mulkey, a 6-9 center leads the conference in blocked shots per game at 3.4 per contest.

Saturday vs. North Texas
ODU will host the Mean Green on Feb .15 in its 18th Annual Hoops for the Cure game presented by Bon Secours In Motion Physical Therapy. Head coach Nikki McCray is a breast cancer survivor and battled the disease after being diagnosed in 2017. Saturday's Hoops For The Cure game will feature a health fair and survivor reception, both going from 1 pm to 1 pm. The always-emotional Survivor Walk will then take place at halftime. In addition, the first 1,000 fans receive a free pink t-shirt and 1,000 pom poms.