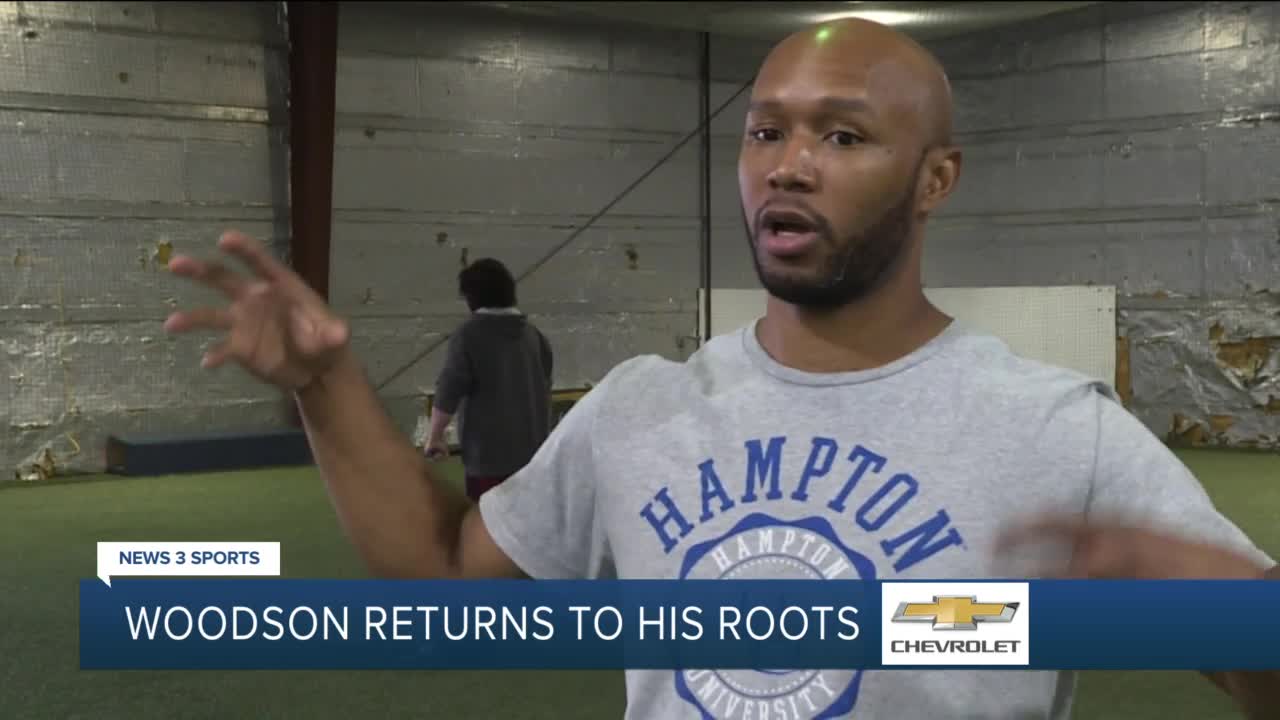 NORFOLK, Va. - When Chazz Woodson played youth lacrosse in Hampton Roads in the 1990s, he says the sport wasn't all that the popular at the time.

"When I started we had four teams, maybe 30 kids playing at the time when youth lacrosse first started down here," Woodson said. "To see how big it is now and to know that it’s still, in the big picture, kind of in its infancy, that’s pretty cool."

After spending years away from the 757, the former Norfolk Academy standout returns to his roots, this time, as head coach of the Hampton University lacrosse team.

Although, Woodson doesn't plan to just stick to coaching at the college level. His goal is to help the sport of lacrosse grow at all levels throughout the Hampton Roads community. For the next three Saturdays, he'll do that by hosting youth lacrosse sessions at Norfolk Indoor Sports Turf.

"I just wanted to reestablish myself here, and establish a connection with Hampton lacrosse and the greater area. We are the Division I lacrosse team for this area," Woodson said.

He certainly bring a wealth of lacrosse knowledge to the area after starring at Brown University then enjoying a 10-year pro career. We almost missed out on his expertise, though, because he was getting ready to settle down in Miami when the Hampton reached out.

"I've had my eye on this program for a little while and I've applied for it in the past, and didn't get it," Woodson said. "I actually wasn't really looking to take it and I got a text that said hey, are you gonna go after this again? I didn't even know it was open. I think I'm in a position, given my professional career and my collegiate career, to really be able to impact this program and get it on the right path."

Getting on the right path will be put on hold because Hampton postponed the Spring sports' seasons, but the growth lacrosse has seen since the '90s continues and, just as Woodson did during his playing days, he's ready to lead the attack.