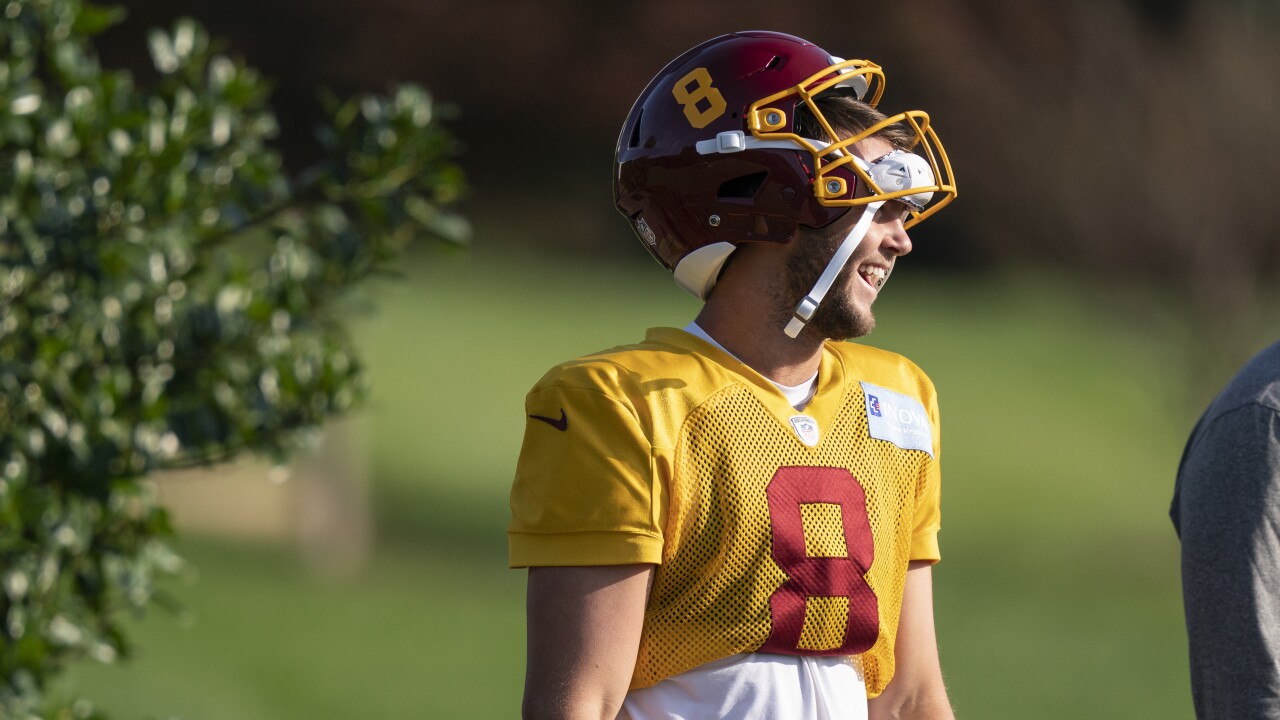 LANDOVER, Md. - In a game expected to be impacted by wet weather, winds of change will blow through FedEx Field as the Washington Football Team hosts the Los Angeles Rams Sunday at 1 p.m.

Quarterback Kyle Allen will make his first start in a Washington uniform after replacing second-year QB Dwayne Haskins this week in practice.

Head coach Ron Rivera, who said he made the QB change because he feels his team has a shot to win the NFC East division - especially with three of Washington's next four games vs. division opponents, does not have wild expectations for an Allen-led offense.

“To me, it’s the same," Rivera said when asked what he wants to see from his offense vs. the Rams. "What I’ve been trying to tell the guys is we’re playing a series of one game at a time. We’re focusing in on the Rams. Hopefully things will go the way we need them to go.”

Should Allen struggle or be injured, Alex Smith would be in-line to take his first regular season snap since a gruesome leg injury in November 2018.

"There’s doctors that were ready to put him back on the field as well," Rivera said of his decision to demote Dwayne Haskins to third-string and list Smith as the team's backup QB. "That’s why. I’ve been talking to the doctors, listening to what the doctors say. That’s why. If the doctor told me: ‘Oh, I wouldn’t put him out.’ I wouldn’t put him out there. But to have the doctors tell me what they’ve told me, to say what they’ve said—I guess based on what the doctors tell me, unless we’re not going to listen to medical science."

The Burgundy & Gold host the Rams at 1 p.m. Sunday. News 3 is Hampton Roads' home of the Washington Football Team and will have pregame and postgame coverage from Sunday's contest.

Here's the Tale of the Tape courtesy of the AP: