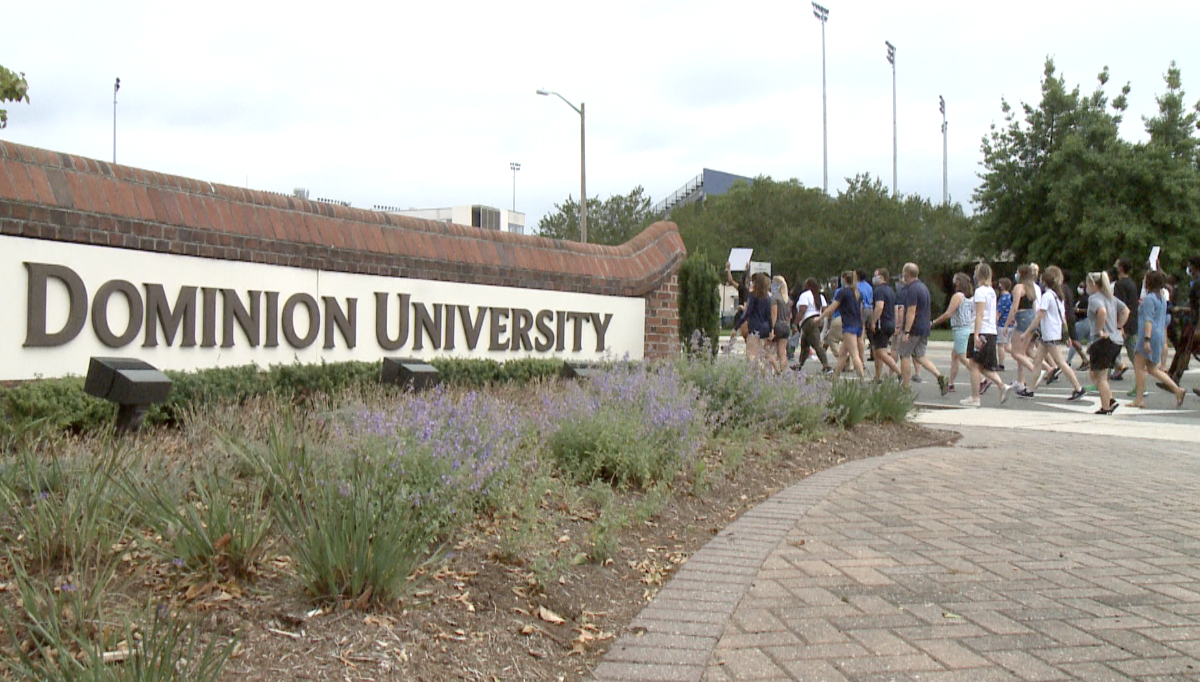 NORFOLK, Va. - College athletes in action. However, not playing or practicing - rather pursuing a level playing field.

At Old Dominion University Thursday, student-athletes - past and present, from multiple sports, took part in a march for justice organized by former Monarchs football player Mufu Taiwo. The event was held in response to the death of George Floyd two-and-a-half weeks ago in Minneapolis.

"When I first put this together, I always wanted it to be this big of a crowd," Taiwo, who played defensive lineman for ODU from 2015 to 2019, admitted. "But actually seeing it come to life - it's a different experience for me. It's crazy."

The march, attended by an estimated 250 people, circled ODU's campus in Norfolk. It moved from the L.R. Hill Sports Complex down a closed-off Hampton Boulevard to Kaufman Mall in front of the Webb Student Center where several officials, including Rhonda Harris - ODU Police Chief. Having student-athletes as the foundation for the march was a key part of the game plan.

"On campus, athletes are really looked up to," Taiwo noted. "We can use that same platform and media spotlight for good."

"Anything I can do to raise awareness for what's going on in this country - that's the bare minimum I can do," Hutchinson said. "If one quote or one post changes a person's mind, that, to me, is huge."

It will be easy for ODU president John Broderick to hear the voices of his students and student-athletes. President Broderick helped guide the march, walking next to Mufu.

Even first-year head football coach Ricky Rahne, who has yet to lead a practice or a game, took part in the march organized by a player he'll never coach.

"He canceled the team's meetings today, so everyone could come out to this event," Mufu revealed. "For a new coach to do that, in a program where I'm completely done - that sends a huge message."

For student-athletes taking part in Thursday's event, marching was not their only activity. The campus, due to the spread of COVID-19, is still closed. Therefore, students and staff had to come to campus, march and then leave.

"I think it's amazing that everyone came out and supported," Taiwo said after the conclusion of the march. "It's bigger than all of us here today."

No athlete wants to sit on the bench. So, Thursday at ODU, many made sure to stand up.