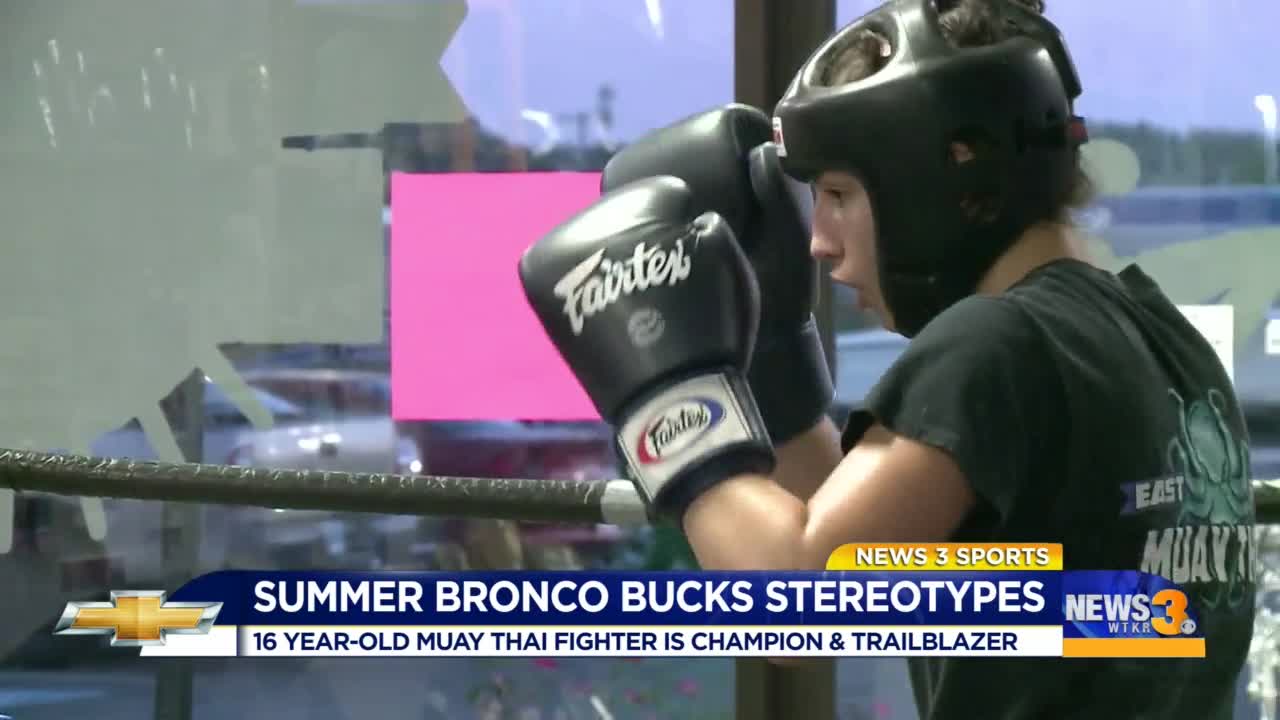 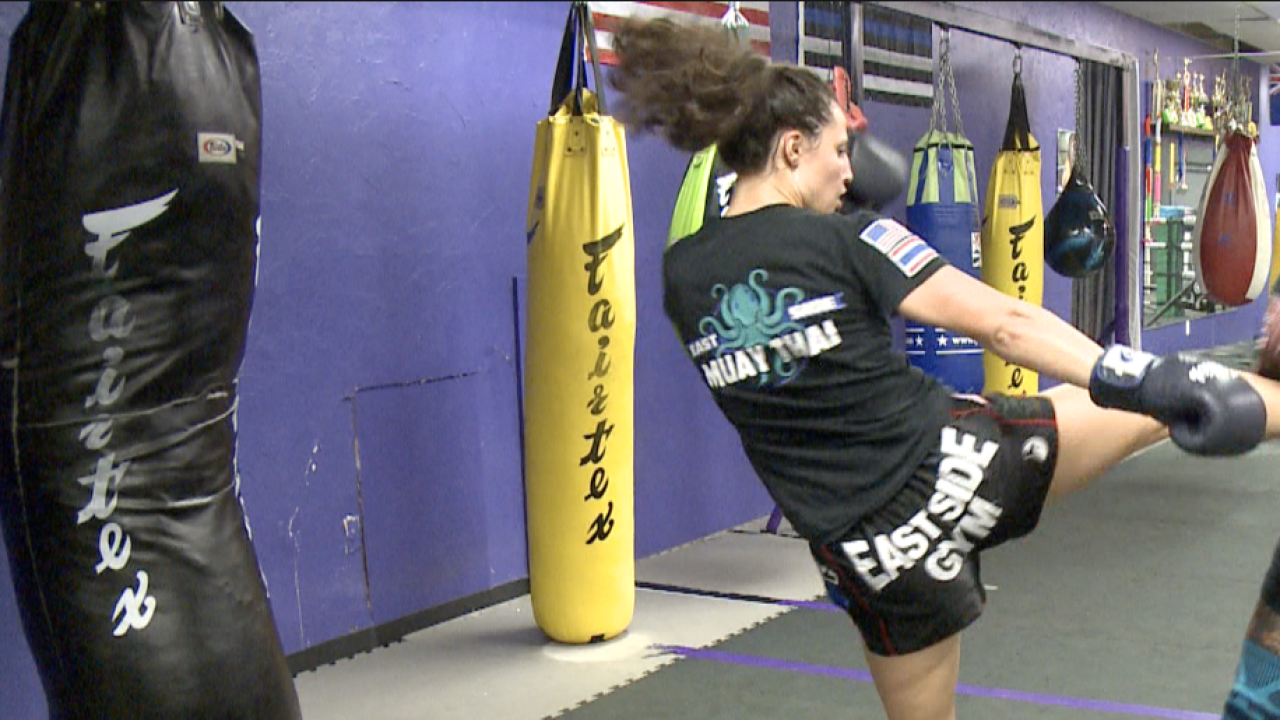 VIRGINIA BEACH, Va. - To celebrate her birthday next month, Virginia Beach's Summer Bronco will have a party. She'll be serving punch.

"On my birthday this year, I turn 17," Bronco revealed to News 3 Sports Director Adam Winkler. "So that means I can fight the adults."

Bronco, a junior at Landtown High School who trains with Jose Aguirre at East Side Muay Thai, is the first American fighter to ever hold the World Boxing Council's (WBC) Junior Muay Thai championship belt. But next month, as she turns 17 years-old, Summer is no longer relegated to the junior division. She's eligible to fight adults. However, that's only if adults are willing to do so.

"Because she has such an extensive junior record, a lot of these adults don't want to fight her," Aguirre explained.

Summer's experience in Muay Thai, a martial art incorporating strikes with fists, knees and shins, has features resistance from more than just adults.

Because it's rare to do so inside the ring, people have tried to knock her down outside of it. Why? For being a female in a violent combat sport.

"It kinda makes me mad," Summer admitted. "Just because society thinks girls, younger girls, shouldn't get in the ring and fight."

Whether it's behind her back, to her face or into a microphone, Summer has a message for those people who say girls shouldn't be fighting. And she's silencing those critics with her performances in the ring.

"She's definitely a trailblazer," Aguirre added. "Now that we have the youth coming up, they really look up to her - especially the younger girls. They're trying to follow in her footsteps, trying to be the next Summer."

"I definitely want younger girls, even older women - older than me, I want them to be inspired by what I do," Bronco said. "And the message I want to send out is: they can do anything."

Anything. Including a non-traditional 17th birthday celebration.

"Get a win, and bring that belt home," Summer said when asked about the perfect birthday present for her.