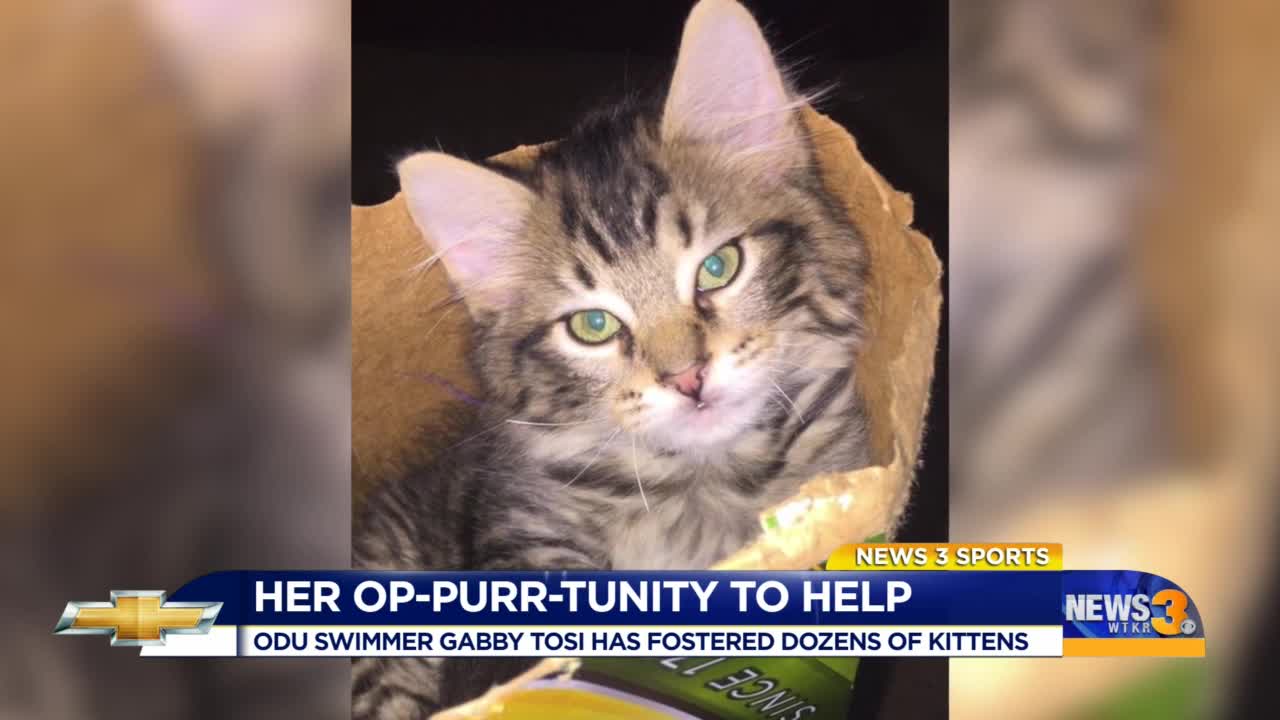 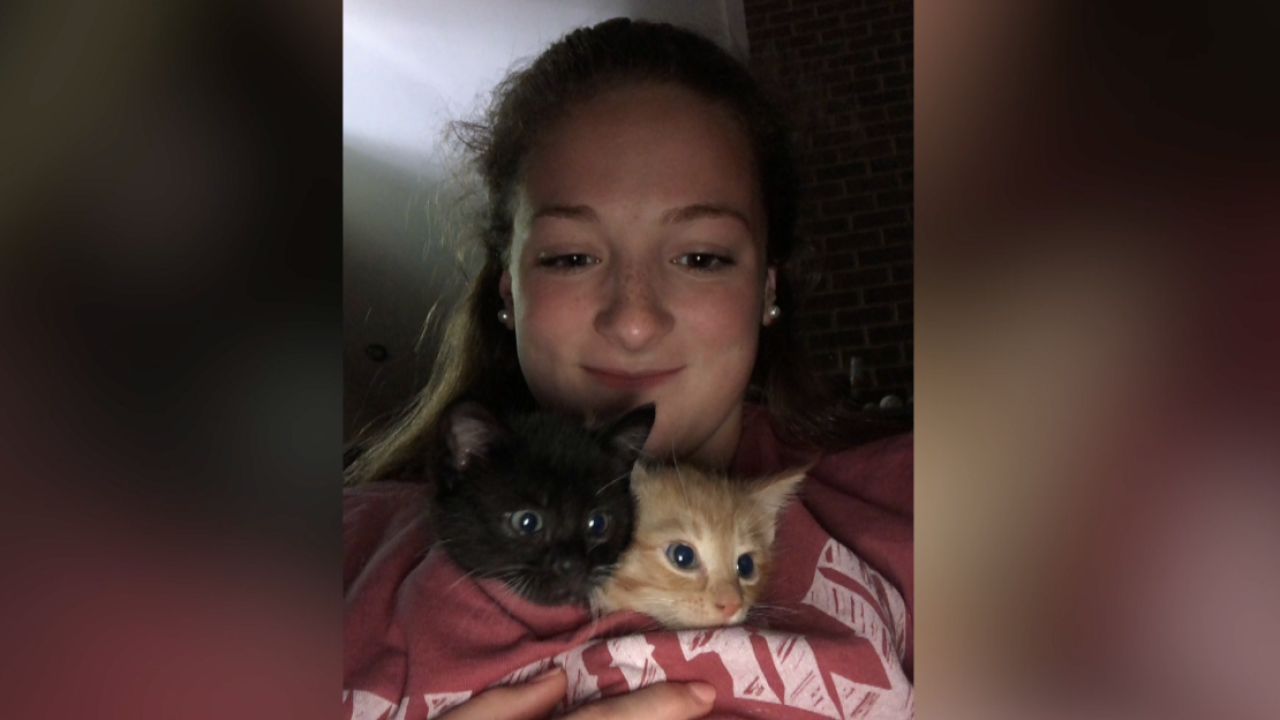 NORFOLK, Va. - Like many student-athletes separated from their sports because of COVID-19, Old Dominion University swimmer Gabby Tosi misses her teammates. But while she's home, she's not home alone.

"We have three other dogs, and a bird," Tosi told News 3 Sports Director Adam Winkler. It's like a zoo around here, basically."

But, there's more in her paws-session. Many more. Gabby also has six cats.

"My Dad told us to take a break from fostering, because he didn't want us to adopt any more," Tosi said smiling.

Tosi, who is one of five children, has fostered dozens of kittens. She brings them home when they're as young as three weeks-old.

"If they don't come with their mother, then we have to bottle feed them," Gabby explained.

After caring for the kittens and watching them grow, it's time for them to go - back to the SPCA for the cats to be adopted. However, every 'meow' and then, Gabby does the adopting herself - which is often the result of playing the name game.

"We name them, which makes it harder - because you get more attached," Tosi said. "Our first litter, his name was Mr. Chubbs. One was named Smoothie. One's name is Peanut and the other is Bear."

A bit of se-purr-aration anxiety isn't all bad, especially not for the six lucky kittens who were adopted by Gabby.