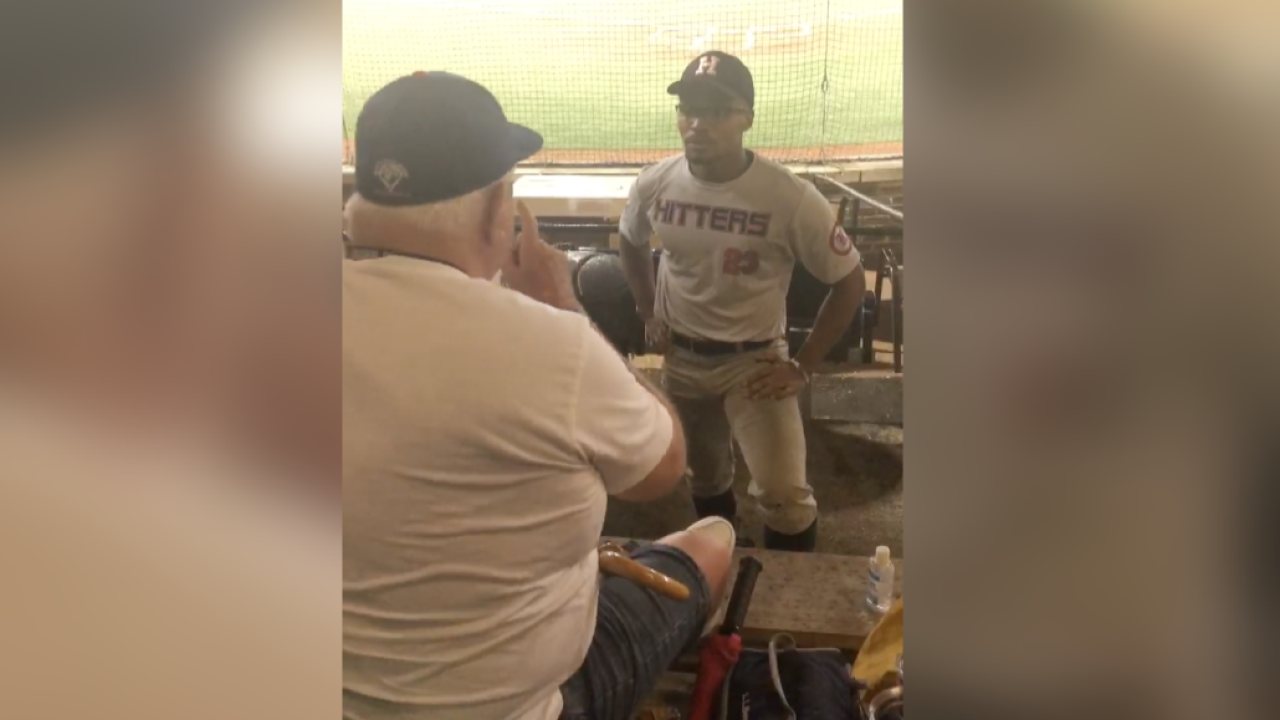 HAMPTON, Va. - The Peninsula Pilots, a a collegiate summer league team in the Coastal Plain League, have informed an individual he is no longer welcome to attend games at War Memorial Stadium.

This decision comes after a racial incident with an opposing player was captured on video.

Jeremiah Hardy, a pitcher for the Old Dominion Hitters of the Tidewater Summer League, took a knee during the national anthem prior to Tuesday's exhibition game between the Hitters and Peninsula Pilots. While several players were taking cover in the stands while the game was in a rain delay, a patron made offensive comments to Hardy - who is Black. In the video, shot by Zoe Robertson and obtained by News 3 Sports Director Adam Winkler, the man appears to tell Hardy, "I hope they shoot your black ass."

"The Pilots would like to make it clear these statements in no way reflect the beliefs or principles upon which our organization is built," the team said in a statement. "These type of comments have no place in our ballpark or in our society. Especially this summer, we have tried to use baseball to unite our community, and last night's events do not help us in our desires and mission to do so."