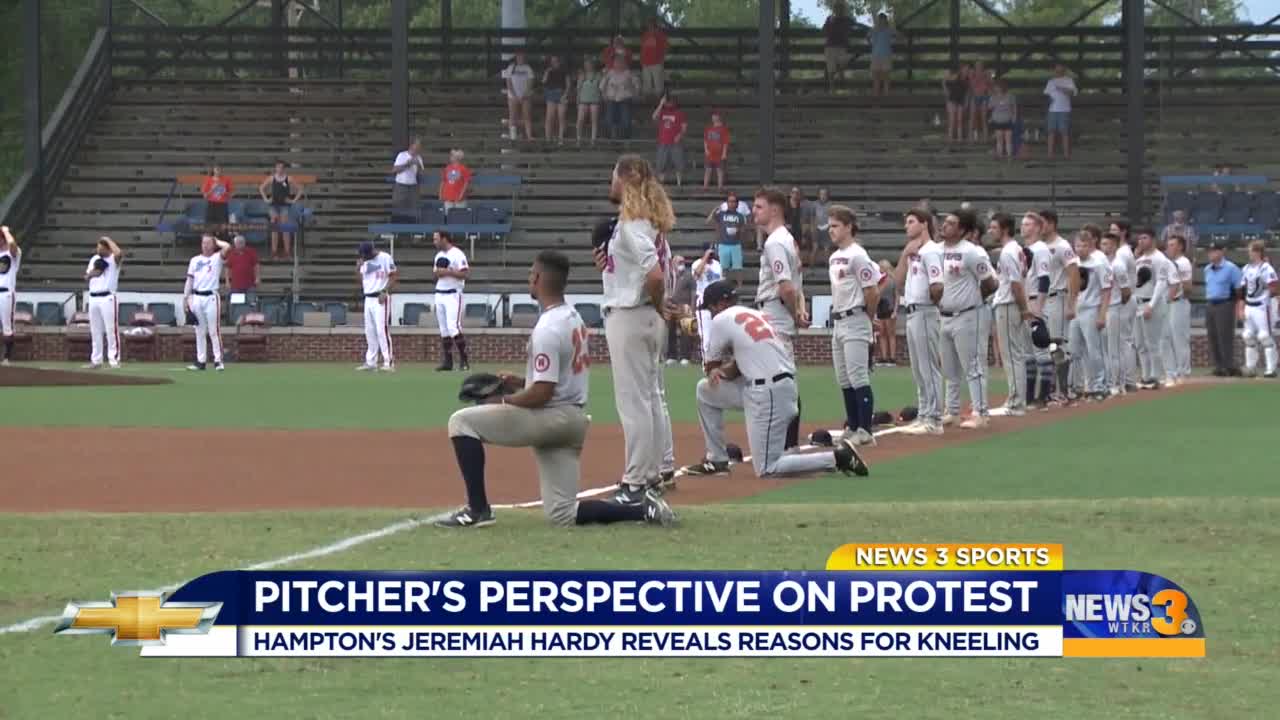 HAMPTON, Va. - As a college baseball pitcher, Jeremiah Hardy knows each play only starts with his arm. The end result depends on others, including the opposition.

"When everything is on, I like to just go after the batter," Hardy explained to News 3 Sports Director Adam Winkler. "In my mind, once the ball comes out of my hand - it’s no longer in my control."

Hardy has a similar mindset for what he does with his legs - one knee in particular. It's just the beginning of the process.

"The ball field is, indeed, the biggest platform I have at this moment," Hardy noted.

Jeremiah, a Bethel High School alumnus who was raised in Hampton by an interracial family, pitches for Virginia State University. He has taken a knee during the national anthem prior to every Tidewater Summer League game he and his Old Dominion Hitters have played.

"It’s speaking up against police brutality," Hardy explained when revealing the reason he kneels. "At the end of the day, we’re facing the same issues and not getting any progress on the results."

Hardy, who pitched well enough to earn selection to this summer's all-star team, says - along with taking flak from fans, someone affiliated with the league attempted to discard his demonstration.

Jeremiah is aware many do not approve of his peaceful protest because it's seen as disrespectful to the flag and the military. That point of view hits home for Hardy. His home. Both his mother and father served in the United States Army.

"To the men and women laying their lives down on the line: it's because you've done these things to give us the first amendment right to speak our mind," Hardy said. "This is our way to speak our mind."

And just like when the ball leaves his hand while throwing a pitch, there's not much Hardy can control after performing his action.

"Racism and everything, it's learned behavior," Jeremiah pointed out. "It can be unlearned. It just takes education. Having the discussion itself is taking the right steps in the direction to gain more education."

And he's hoping to take steps without being on his feet.