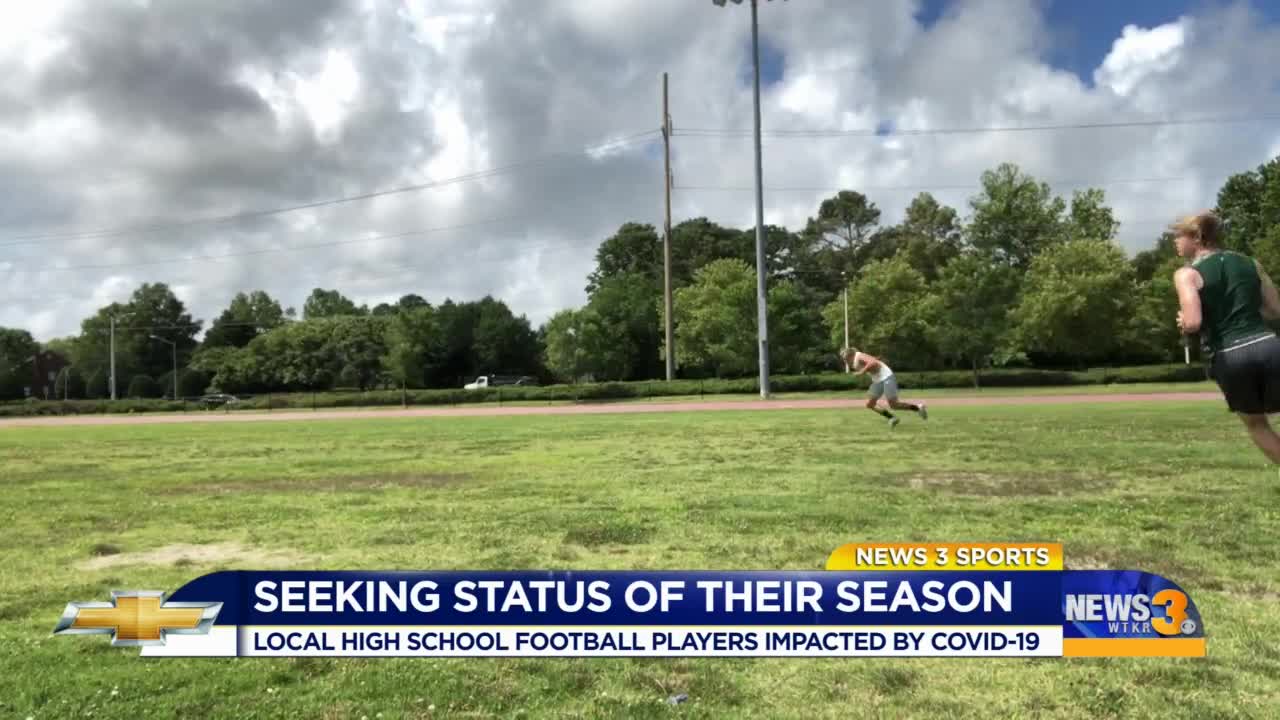 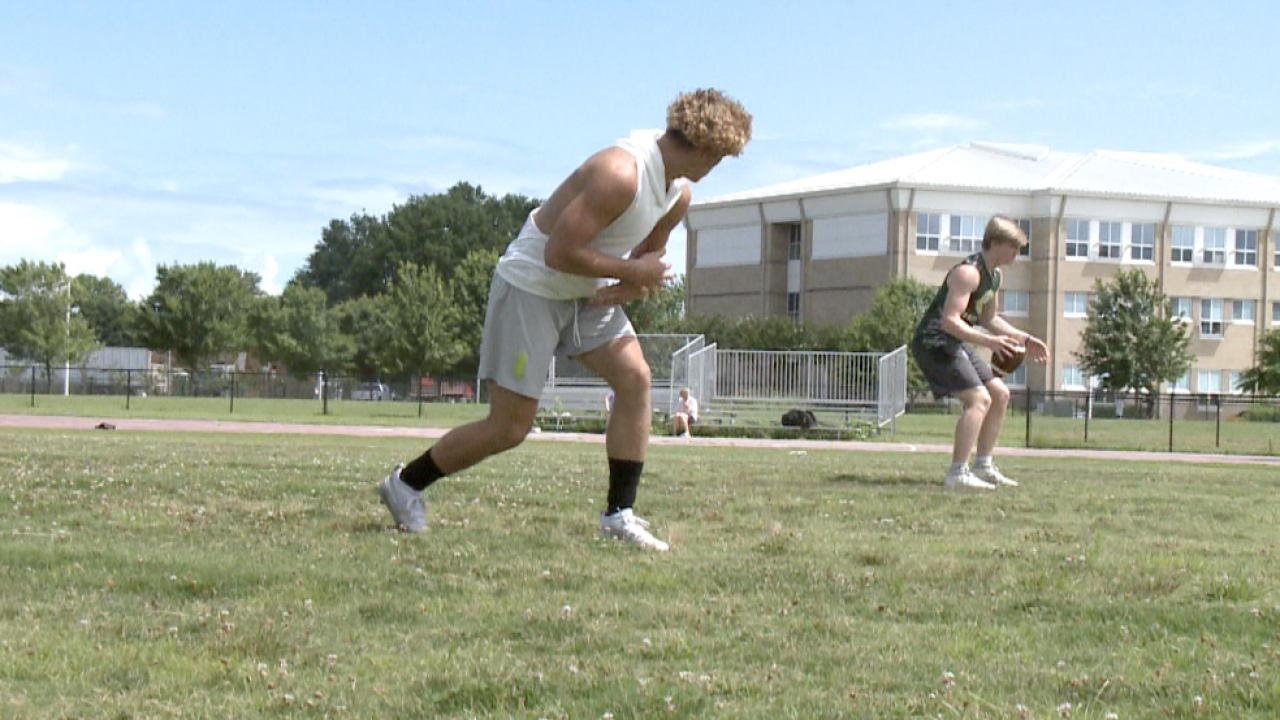 VIRGINIA BEACH, Va. - Last fall, Dylan Hauser and Dante Ramirez shined under the Friday Night Lights. But here in 2020, seven weeks shy of the start to the high school football season, passes thrown alone, on a vacant field, are the only ones Hauser is throwing and Ramirez is catching.

"It's been extremely frustrating, because we've worked really hard to have a season," Ramirez told News 3 Sports Director Adam Winkler Thursday. "And we don't know what that looks like right now."

"These are the final games of high school football I'll ever get to play," Hauser added. "And right now, I don't know if I'll be able to play them."

Both players are entering their senior years. Hauser is the quarterback for Frank W. Cox High School in Virginia Beach. Ramirez is a receiver for Grassfield High in Chesapeake. Despite the state being in Phase 3 of its reopening, only now are Dante and Dylan permitted to do conditioning or individual drills with their teammates. Throwing and catching is not permitted during official school workouts at this time.

With the Virginia High School League's (VHSL) Executive Committee scheduled to meet for a special session next week, with intentions to make recommendations for fall sports after delaying a decision last month, the players say they want a game plan.

"I feel like there should be people trying to come up with ways to play and practice football normally without the risk of COVID-19," Hauser said.

"I just want to know the plan," Ramirez admitted. "Whether I need to go to a different state to play football or to re-class, I just need to know."

Both Dante and Dylan are receiving interest from college football programs. But after losing the offseason following their junior seasons - a period during which prospects attend camps and showcases - and now their senior years very much in doubt, the players feel like their chance at a college scholarship might be slipping through their hands.

"There are a lot of people just like me on my team - waiting until their senior year to get an offer from a school," Dante explained.

"I've been going at this since I was 6 years old, looking forward to playing college football," Hauser revealed. "My senior year is probably the most important year for me to get looks to be able to go to college."

College football is a year away for Dylan and Dante. They hope the Friday Night Lights are much closer.