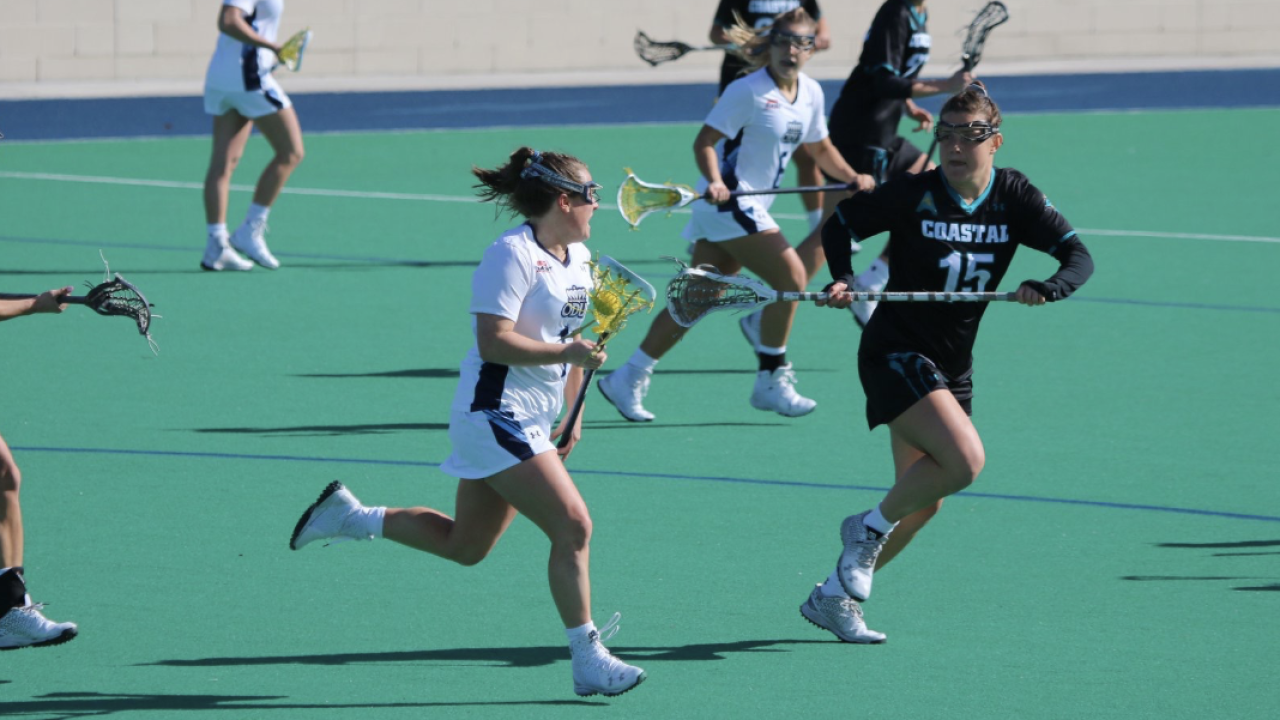 NORFOLK, Va. - Because COVID-19 scrapped their seasons, the NCAA granted all student-athletes in spring sports an extra year of eligibility. The virus took away a season, so it's being returned. Fair enough, right?

However, at Old Dominion University, one standout student-athlete who missed out is staying out.

"Ultimately, I think the best thing for me is to keep moving forward with what I had already planned to do," MK Maloney, a recent graduate of ODU, told News 3 Sports Director Adam Winkler.

Maloney, a senior captain of the women's lacrosse team who was recently voted MVP for her efforts during the team's abbreviated season, will not be taking the NCAA up on its offer of an extra year. In fact, she's leaving the Monarchs for another team.

In February, just a few weeks before COVID-19 shut down her season, Maloney accepted a post-graduate fan services internship with the NFL's Philadelphia Eagles, a franchise for whom she worked last summer.

"I would never want to do that, especially when someone goes out of their way for you and brings you back into a company where you've already worked," Maloney admitted when asked about the consideration of changing her plans. "And it's such a team environment, so I wouldn't want to go back on my word."

Maloney gave the birds her word, and that's as good as 'goal' for this midfielder - a lesson learned from her now-former team.

"I think our coaches always did a good job of realizing lacrosse is important, but it's not everything," Maloney explained. "It's not the end-all-be-all, so we always kept academics important - as well as leadership and things like that."

Even if she's passing on the extra year of eligibility, MK Maloney is still taking something as she moves forward.