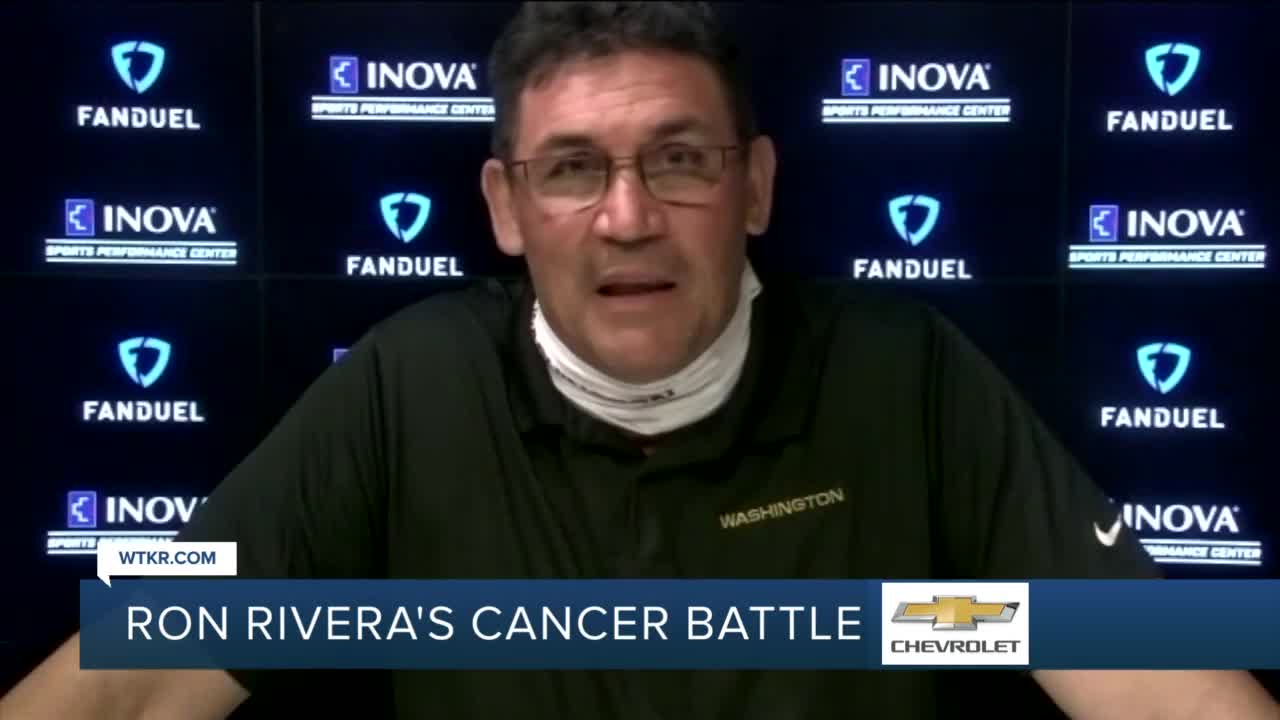 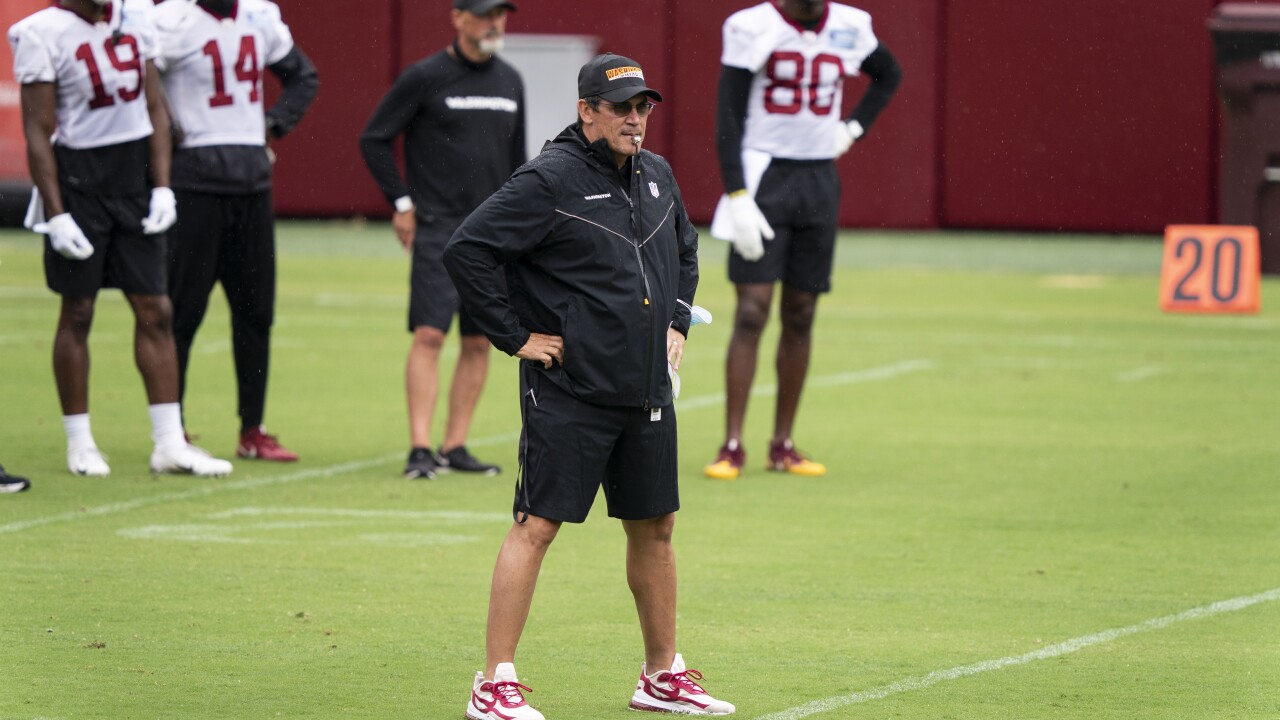 That's the word that comes to mind for Washington Football Team head coach Ron Rivera when he thinks about being at FedEx Field come game day.

"Promise you, that will be my first thought when that ball gets kicked," Rivera said after Wednesday's practice. "Finally, we’re playing football. That’s gonna signal some normalcy in our lives, and in my life for sure."

Normalcy is absent form Rivera's life right now as he juggles leading an NFL team and battling squamous cell carcinoma. Balancing those two things means he will miss some football, which we saw happen yesterday when he missed practice while receiving cancer treatment.

"It takes a lot of heart to deal with cancer and then also try to run an NFL team at the same time," Dr. Josh Eikenberg, assistant professor of internal medicine at the Virginia Tech Carilion School of Medicine and dermatology doctor for Carilion Clinic, said. "I think it's pretty amazing he's able to balance that out and I'm pretty impressed with how he's done with everything."

River has said he will do five days of treatment per week, for seven weeks.

"It's really all patient dependent and dependent on the type of treatment he's receiving," Dr. Eikenberg said about the amount of down time Rivera could require this season. "Radiation treatments aren’t gonna take someone out of commission, but immunotherapy, chemotherapy potentially can.

"If you’re feeling good you can probably go ahead and do your general activities, but if all your energy is zapped, your body probably need some rest."

On those days that Rivera does need rest, it's defensive coordinator Jack Del Rio who oversees the team.

"When Coach said he’s going to be out and I need to step in, I said: ‘I’ve got you Coach.’ I’m just going to carry on his message," Del Rio said following Tuesday's practice. "We’re going to stay on point with what we’re doing.

"I’ll tell you what, it was pretty special today to get out there in front of the guys," Rivera said about Wednesday's practice. "I was a little bit late, but when you come out there and guys come up to you, walk around you, they just want you to know they're thinking about you, that’s really cool."

Rivera will lead the Washington Football Team come Sunday when they open their season at home against the Philadelphia Eagles, a day when Rivera will be able to take in his surroundings at FedEx Field and think to himself, "Finally. Just something a little normal."