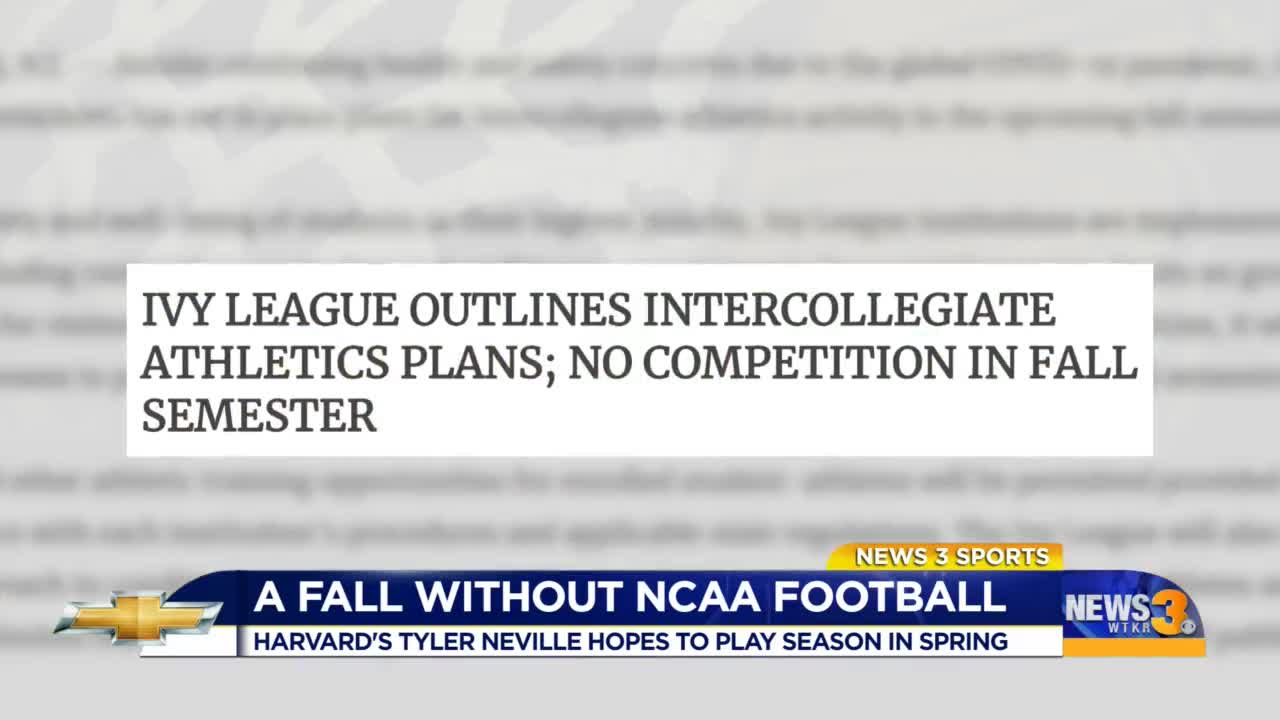 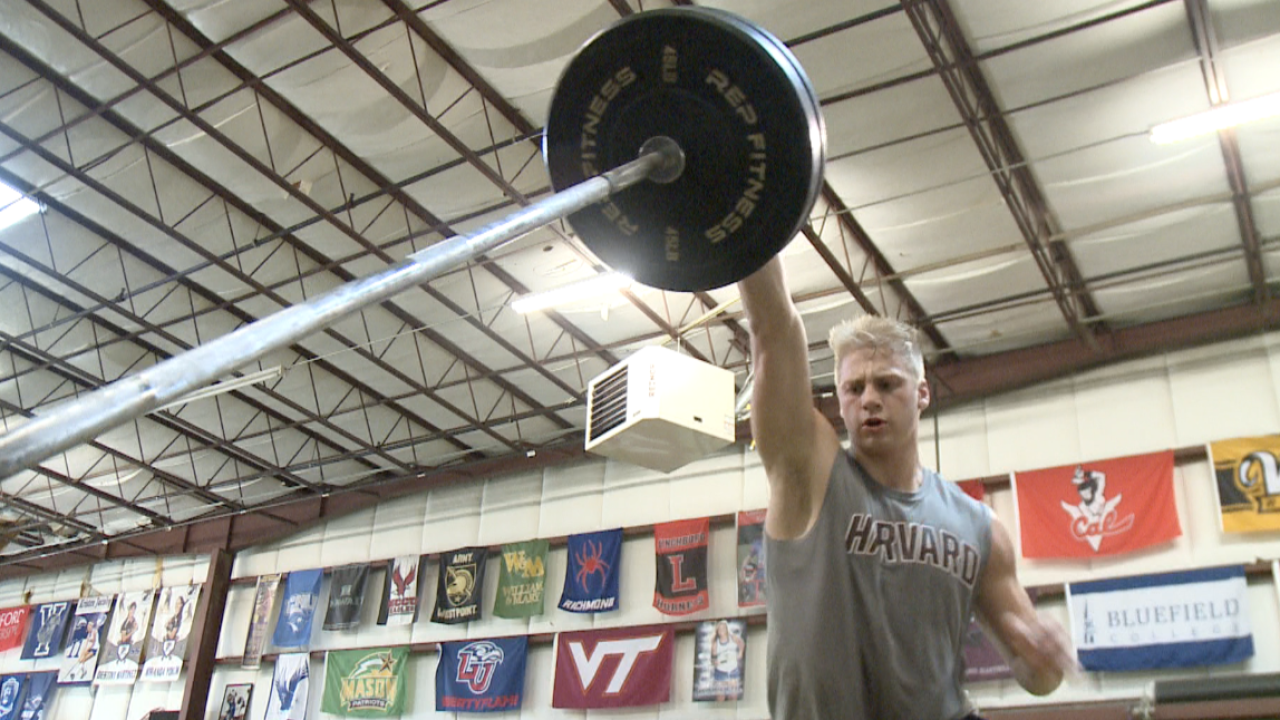 "I'm getting up at five, making my protein shakes," Neville explained to News 3 Sports Director Adam Winkler Wednesday. "I leave my house around 5:30 a.m. - then work out until 8:30 or nine."

Four days a week, the Lafayette High School alumnus spends his mornings at Aiga Performance in Newport News. Tyler's workouts have him up early. However, the reason he's training - that cause will arrive late.

Neville, an all-state tight end in high school, will play his college football for Harvard - but it will not be this fall. Wednesday, the Ivy League, Harvard's athletic conference, announced all fall sports are postponed until the end of the fall semester. There's hope the football season can be played during the spring semester. Despite all of Harvard College's courses being taught online, Tyler will live - and likely practice - on campus.

"I just knew this whole summer, after school was canceled, [the fall season] was a little iffy," Neville admitted. "But, as an incoming freshman, I'd really benefit from a spring season. I'll be able to get on campus, learn the playbook, be around the coaches and the guys. I wish it hadn't happened at all, but this is the best possible year for it to do so."

Being forced to attend Harvard classes virtually and seeing your freshman season move from the fall to the spring: that's the type of adversity that would be a whole lot for most people to handle. But it's nothing for Neville - nothing like the hurdles he's already overcome.

"I had 10 to 12 surgeries before my freshman year of high school," Neville explained. "Then I had a couple more my freshman year with having cancer and being in chemotherapy. I just put my nose down and went right through it. That's the plan here, too. Every single day, my brother Todd and I are working - we're going to be the best version of ourselves."

And this version of himself is an early riser - even if he's hitting the weights only to wait for his college football season.