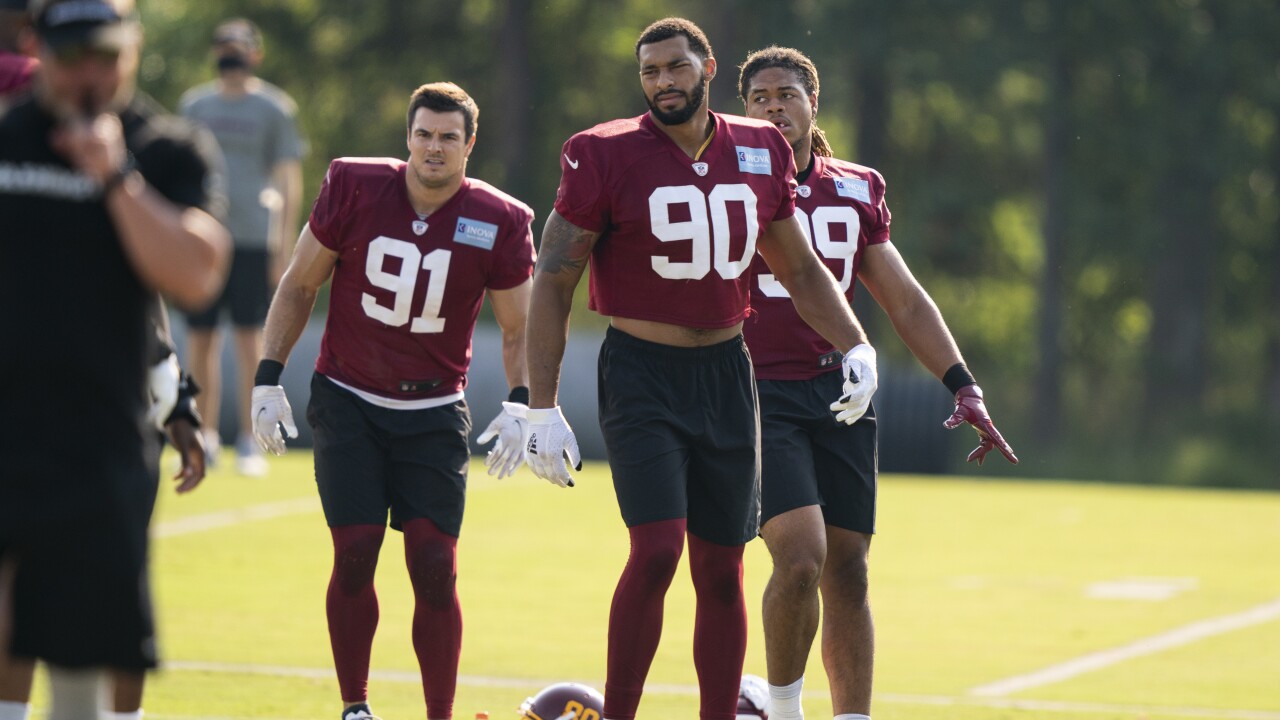 LOUDOUN COUNTY, Va. - Last week, second-year quarterback Dwayne Haskins, Jr. was officially announced as the starting QB for the Washington Football Team. Tuesday, five days before the team opens the 2020 season at home vs. Philadelphia, we learn where the rest of the roster ranks as head coach Ron Rivera releases the first depth chart of the season.

Alex Smith is listed as the third-string quarterback behind Haskins and Kyle Allen. This means its unlikely Smith will suit-up Sunday at FedEx Field for the 2020 opener.

Following the release of future Hall of Fame running back Adrian Peterson, J.D. McKissic is listed as the starting running back. Rookie Antonio Gibson is the backup.

On defense, No. 2 overall draft pick Chase Young is listed as a starter at defensive end - as is last year's first round pick Montez Sweat. This means Ryan Kerrigan, who has started every game he's played (140) in his nine-year NFL career, is currently a backup defensive end.