Local soccer coach mentors players even though games are canceled 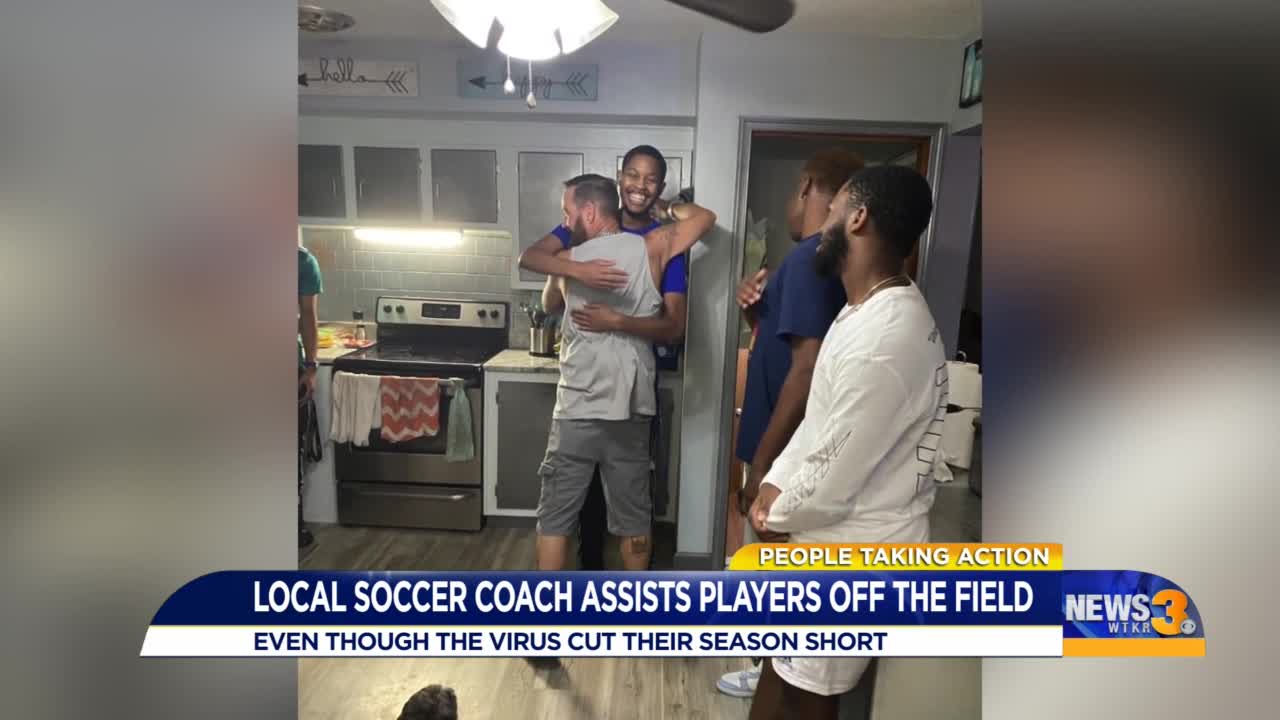 HAMPTON, Va. - In 2018, an intramural Hampton soccer team had great players but no coach. That’s when neighbor Tim Whitlock took action and volunteered for the job - but his impact went far beyond the field.

“Those kids have bonded together, and he has been such a mentor to them - not just that year, but every year he became their coach.”

“Not only that; he inspires them so much to do their best. He wants the best out of them.”

I invited some of the team parents and Coach Whitlock into a Zoom chat room, but he had no idea we were there to honor him.

Bernice’s son played on the team, and she’s the one who wrote us. She says Coach Whitlock has helped several of the players go on to play for their high school soccer teams. And even though their season was cut short because of the pandemic, Coach Whitlock has still been a steady, reliable mentor in their lives.

"He opened up his home and yard so they have a nice safe place for the guys to hang out. They don’t have to hang out in the street; they can have fun together. He treats them like they’re his children," she explained.

In fact, there were several of his players in the background who knew about our gameplan - even when the coach didn’t.

"I just appreciate you taking up the time and loving on our boys.”

With tears in his eyes, Coach Whitlock had this to say:

“With all the negativity and ugliness going on in the world right now, this right here is special," he said. “I’m certainly so grateful, Miss Bernice, that you thank me and speak to me with such high regard. I can’t say enough. I love y’all, man, and you know that.”

And now that we all had tears in our eyes, News 3 presented Coach Whitlock with a People Taking Action award for everything he does and the love he shares with the kids and their families. Our community partner, Southern Bank, also gave him a $300 Visa gift card.

“I could not thank God more for the young men in my life and the parents that have come with them," the coach said.

Before we jumped off the Zoom call, we all gave Coach Whitlock a round of applause.