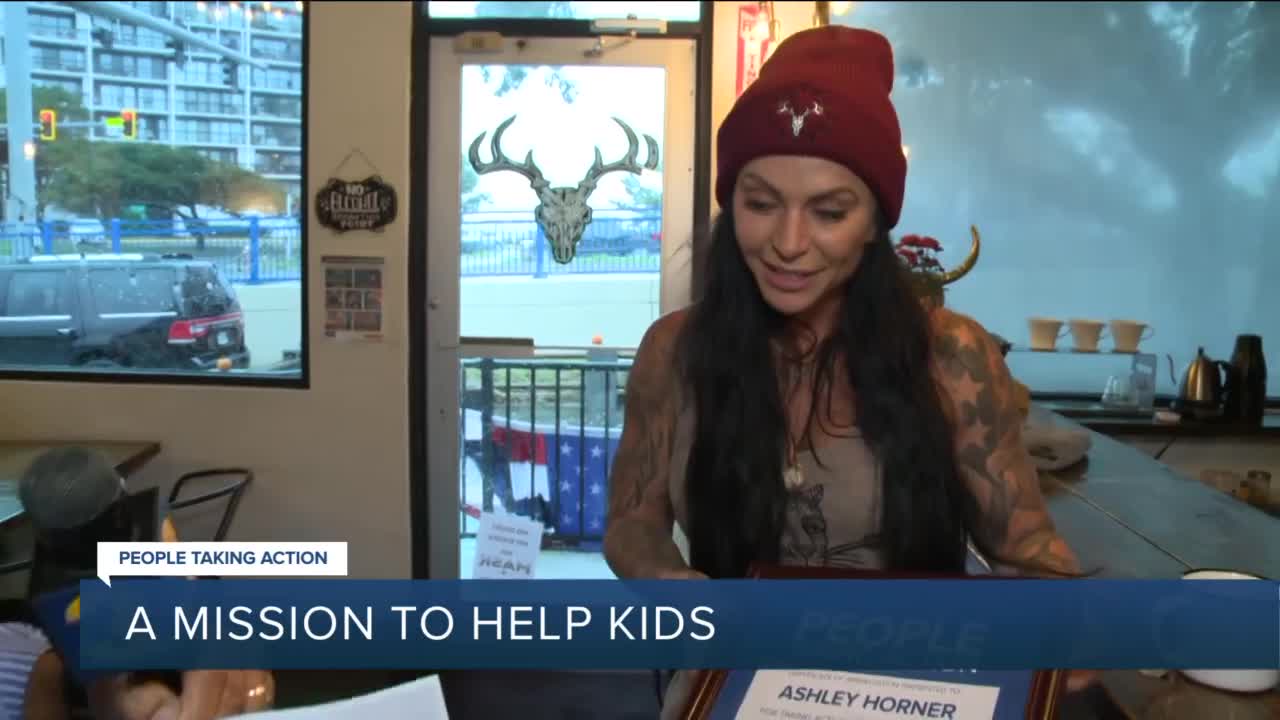 Some of it on a track, the other part of it on Virginia Beach roadways. And after several hours in, it was taking a huge toll on her body.

"It was tough. There were a lot of deep dark spaces that I had to push through mentally and physically, but I had to just keep tapping into my 'Why?' to push me through till the end."

And at about the halfway point, it was really bad for Ashley.

"My body... I felt was starting to shut down, and, yeah I questioned it. But I also knew I had gotten through over half of it, and if I already completed half of it, then all I have do is finish the second half. At that point, it's just putting one foot in front of the other," she said.

What was pushing her on?

"It was the children - the boys and girls at Maison Fortune. It's an orphanage I've supported for about five years now."


It's not the first time she's done something like this. Ashley, who lost her father to cancer, biked 1,300 miles for cancer patients two years ago.

"And it was to raise money for St. Jude's Children's Hospital. And that was pretty tough; that was pretty gnarly.... lots of deep dark spaces I had to push through, but that was amazing!"

Pushing herself to the limit is nothing new for this Virginia Beach entrepreneur, who's a professional fitness competitor, author, triathlete, business owner, has several hundred thousand social media followers and is a mother of three boys.

Related: Hampton girl makes sure vets have a Christmas wreath on their grave

For those reasons, News 3 presented Ashley with a News 3 People Taking Action award, along with a $300 Visa gift card from our community partner, Southern Bank. Ashley was very grateful.

"Thank you. That is so kind! I'll be donating this to the orphanage. That's where all my funding has been going to, so thank you guys so much, I really appreciate that!