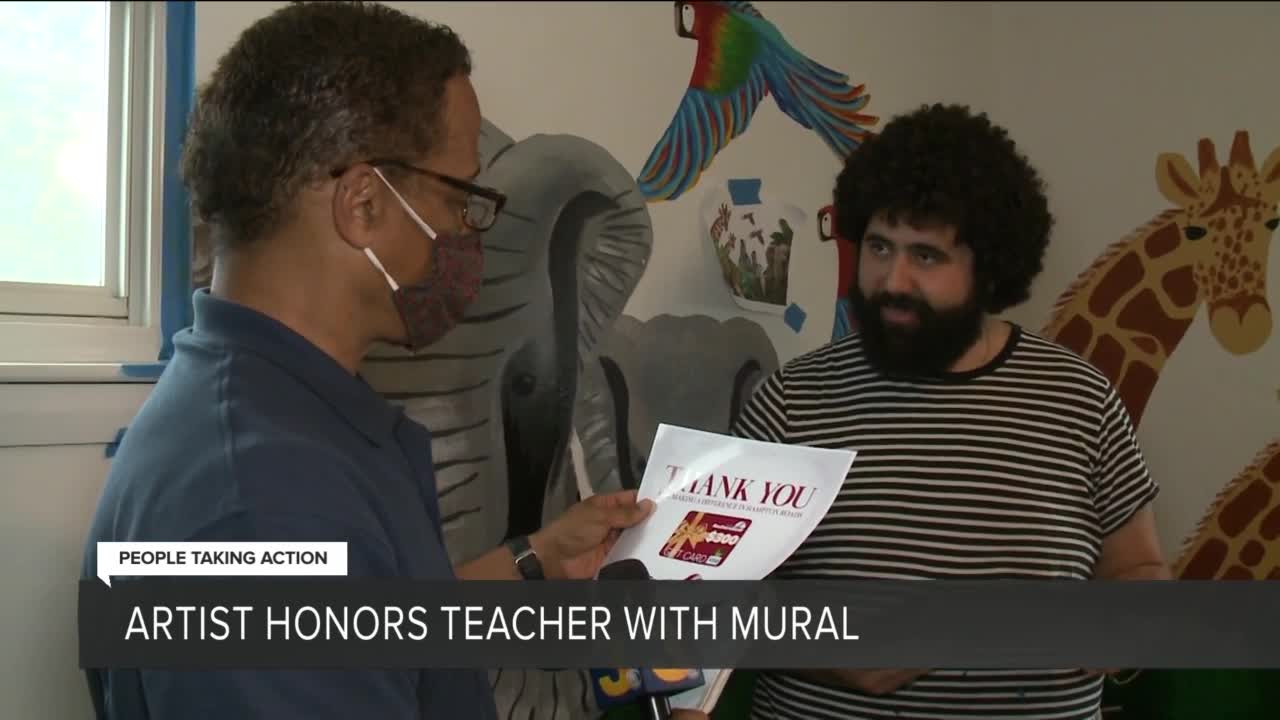 VIRGINIA BEACH, Va. - Seth Lubaton, a local artist who paints murals, was hard at work on another project in a friend's home when News 3 showed up with a surprise: A People Taking Action award.

News 3 recently reported Seth painted a mural at Larkspur Middle School. It was the parking spot of one of his former teachers, Jackie Wilson, who lost her battle with cancer last year. A fellow teacher, Kristen Hoffman, organized the event, asking Seth to capture Wilson's favorite things: The Outer Banks, Disney and various family activities.

"I was filled with a ton of emotions - happiness, that he came up with this amazing thing. I can't even take credit; I just had an idea. He took my idea and ran a million miles with it, but it brought so much joy to me to see her family have so much joy in what he painted," Kristen told us.

It's why News 3 presented Seth with a News 3 People Taking Action award, along with a $300 Visa gift card from our community partner, Southern Bank.

"Very cool! I've always wondered how people got these!"

Related: Local Navy vet makes the American Dream possible for those in need

Seth also got the Sherwin Williams paint company to take action for the parking lot project. He called the Norfolk district manager and told them it was for a teacher that had lost her battle with cancer. They agreed to donate the paint for free, saving Seth $400 to $600.

"To have a corporate business understand that this was something more than just trying to make money - it was more of an emotional thing, and for them to donate their product for free was for me huge!"

Seth was very appreciate of being acknowledged for his tribute.

"That's really cool. You know, the world is so dark sometimes. It's cool to get things for doing good things. I believe legacy is a huge thing and what you leave behind, and so she was a great teacher for me. And I think that's important to create a chain of succession of good things because if you do good, other people see good and good trickles. And so especially the current climate in our country, if everyone does good, it can be a better place," he said. 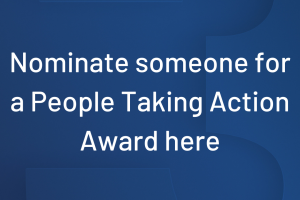